The crack of the bat and the roar of the crowd—an afternoon at a baseball game is a treat for the senses. There’s the warmth of the sun overhead, excitement in the air and the aromas coming from the concession stands. This is where we indulge and eat less-than-heatlhy items while watching professional athletes at work. Stadium beer offerings have moved beyond the American-style lager, so fill a plastic cup and hoist it during the seventh-inning stretch.

Hover over the targets to see recommended beer pairings. 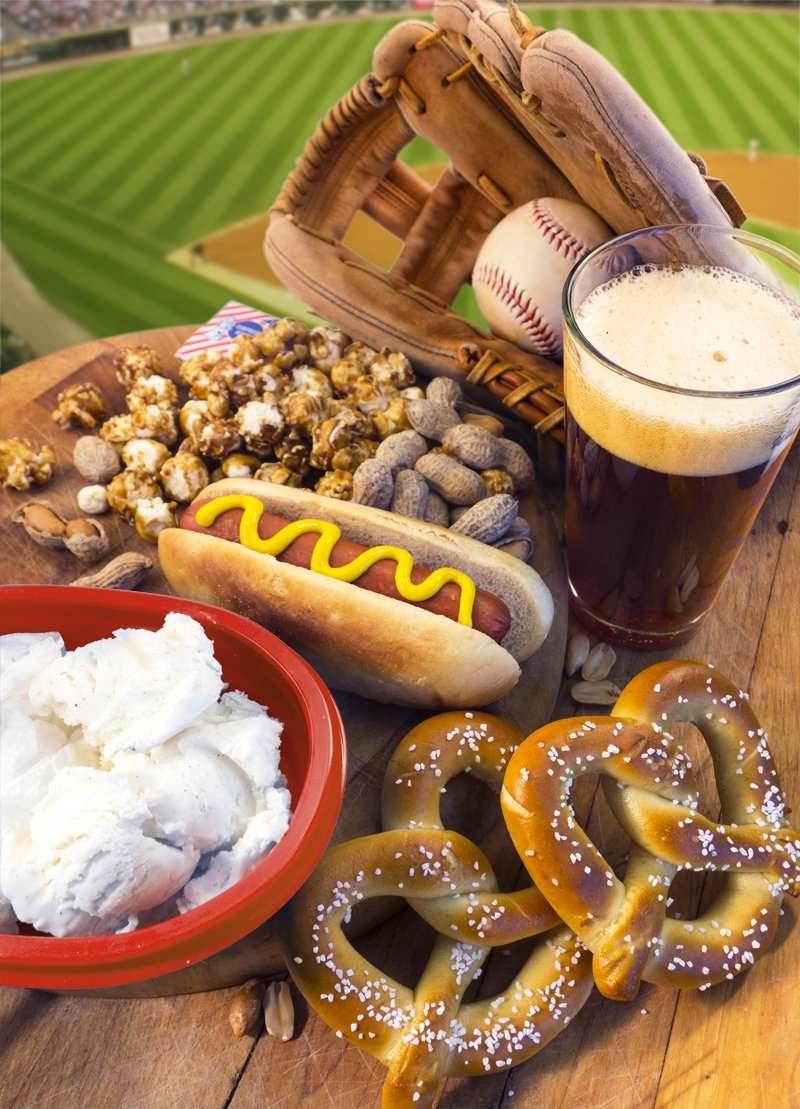 This feature appears in the May 2015 issue of All About Beer Magazine.