A revered institution is one that endures via love of tradition, one that needs little refinement, let alone overhaul or modernization. In the world of beer, that is, without debate, true about Munich dunkel. Sometimes referred to simply as dunkel (“dark”), it is the everyday, luxuriant brunette brew of Bavaria and Franconia, and the beer that brought renown to Munich as a brewing center. True to the roots of Bavarian brewing history as both a dark beer and lager, dunkel is one of those rare gems that combines depth and simplicity packaged in proletarian delight, marrying the rich footprint of dark malts with the smoothness of a lager. Munich dunkel has a biphasic history, with evolution mirroring character. From the centuries-old drink of the commoner, through the relatively recent age of refinement, dunkel tenaciously held its origins while moving seamlessly into modern brewing. It employs enthusiastically the malt that bears the name, Munich, of the city that made the beer famous. To examine the saga of dunkel is to delve into the transformation of German brewing on the whole. Loath to change, and with centuries of brewing as a testament, dunkel is a symbol of Southern Germany.

Evidence of brewing in German goes back about 2,800 years, coincidentally to the area known as Franconia, in the north of Bavaria. Kulmbach, Franconia has the most traceable history, and the most traditional dark lagers, with documentation of monastic brewing there since 1349. This is not to say that the rest of Germany was a contemporary brewing wasteland: rather that the beers of Kulmbach were simply beter and more well-known. Other regions of Bavaria were prodigious in their own right, with mention of lagerbier in Munich brewing documents from the 1400s. But dunkel, as a distinct beer style, can be tracked to the 16th century, and is directly tied to the legendary Reinheitsgebot, the Bavarian Beer Purity Law of 1516.

The law was decreed by the Wittelsbachs, who ruled Bavaria from 1180 to 1918, and besides being royalty, were also brewers and held an omnipotent hand in much of the commercial decisions in the region during their lengthy reign. As much as the validity of the Reinheitsgetbot may be debated today, it was at the time an important protective verdict that ensured the purity and safety of not only the product, but also protected the livelihood of the farmers and brewers in Bavaria at the time. In essence, it inadvertently mandated the refinement of the local product by stating that beer could be made only with barley, hops and water (and later yeast, which was thought to be the wand of Providence).

As the local beer was dark, and lagering practices were already in place in chilly grottos of the hillsides, dunkel brewing flourished and improved. Add to this the notion of terroir as it related to hops and barley, a landlocked and somewhat isolated location relative to great exporters like the British, and local malting techniques, and one can see how a style took its intuitive identity. Germany was well ahead of the proverbial curve as far as hop cultivation and utilization was concerned, further adding to the distillation of design.

Dunkel would not move towards its present form until three centuries post-Reinheitsgebot, when several innovations and one peripatetic visionary, Gabriel Sedlmayr II, brought the style into the modern world. An indirect-heat malt kiln, similar to a coffee roaster, was invented that early in the 19th century. It afforded entire control over the color and properties of the primary brewing component, malt. Having traveled to Britain and seeing the possibilities of this contraption and its ability to create pale, uniform malt, Sedlmayr extrapolated that he could still produce his dark, base malt but with even greater precision. That malt today is known as Munich malt and that which gives dunkel its profile; all of the color and character without the spurious smoky flavors of yore.

Sedlmayr, a member of the venerable brewing family that had recently taken over operations at Spaten, was a student of all things beer. He took a particular interest in the emerging science of yeast microbiology and cultivation, yet another arrow in his legendary quiver that helped delineate his brews even more. This technological convergence culminated with the invention of refrigeration, making lagerbier brewing a year-round, entirely controllable endeavor.

Munich dunkel enjoyed great popularity until the end of the 19th century, when some of the market gave way to paler beers. Many of these pale beers, specifically Munich helles, were brewed alongside the ever-popular dunkel, and as a result, may have ushered in, or at least popularized, the notion of multi-style brewing at a given brewery. Festbiers, pilsner and bock followed at many of them. Even in light of the movement towards pale beers over a hundred years ago, dunkel was unassuming and appealing enough to keep the interest of beer drinkers. That alone should be proof enough of its charm.

The soul of a dunkel, maybe more than any other beer, comes from its heavy reliance on a single malt. As stated earlier, it is a product of precise kilning, and one that was used in Munich to preserve the anachronistic quality of the brew. Even before the drum kiln was invented, beers were often made from a single batch of malt (directly heated, with wood or coal as the fuel). While this is not uncommon today, the difference lies in the control, and desired consistency and subtleties imparted therein. An ancient batch of malt would be smoky, probably harsh and a bit inconsistent. The modern kiln allowed degrees of malt to be made that would produce distinct beers that bear the name of the malt itself (pilsner, Vienna, pale ale and of course, Munich), but each successive dark malt would be much different than the other and could be used alone to produce each beer. The length and intensity of the kilning determines the final color, but also introduces a continuum of reactions that further resolves the unique profile.

As Munich is the darkest of the lot, it would differ the most from the original pale malt. This is especially true because of reactions that form melanoidins, a combination of protein and carbohydrate, and is responsible for the intense malty flavors and aromas. The result is a base grain that is less fermentable and therefore more full-bodied or dextrinous, but also an opulent one, full of malty, toffeeish, bready and caramelized notes in both the palate and nose, a deep brown color tinted with garnet and ruby and soft, supple contours.

A dunkel could be made exclusively of a dark version of Munich malt, as the beers of Sedlmayr were, to showcase the vast complexity that a single component can lend to a brew. Many are augmented with some caramel malt, or softened with Pilsner malt, but nonetheless a great dunkel gets by primarily with its bill of Munich malt. Such is the art of producing a beer and, in this case, creating a single descriptive, formulative entity as a means to the end. Brilliance in simplicity. All of these traits may be even more accentuated if the brewer employs decoction mashing.

Dunkels are hopped with reserve, though a hint of noble German hops should be evident, to display the malty platform on which this brew performs. Dunkels are rounded out with a cool fermentation and long cold-conditioning period typical of all lagers, lending a smooth, soft character without the brusque edge typical of many dark beers. Modest in strength, at around 5 percent ABV, dunkels can be considered a session beer and one that offers more than many others.

For a dark brew, Munich dunkel is satisfying across a broad spectrum of whims. Expectedly, they are rich, yet not heavy. Surprisingly, they finish with a quenching crispness. Moreover, the paradox of complexity from simplicity is apparent from aroma to finish, a manifestation of malting artistry and understated panache. It is a beer appropriate enough for the languid days of summer or the cuddle of winter.

ABV: 5.0
Tasting Notes: A classic from the Privatbrauerei Franz Inselkammer in Aying, Germany. Garnet brown graced by a tan head, with an aroma reminiscent of malted milk and a hint of anise. Silky and full-bodied on the palate, predominantly malty, light toffee and faint smoke and chocolate in flavor. The finish is a perfect marriage of dry bitterness and sweet malt. There is no more perfect example of the style. 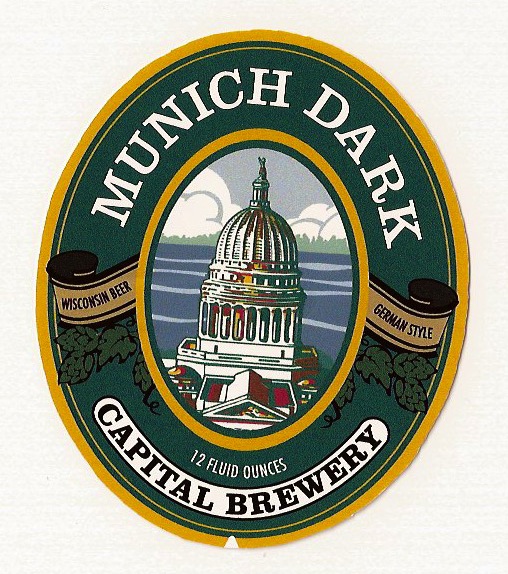 ABV: 5.0
Tasting Notes: Brewed in Ettal, Germany, in the heart of the Alps by the Klosterbrauerei Ettal. Beautiful chestnut-red, the Munich malt/caramel nose suggests molasses cookies, vanilla and nutmeg. Somewhat sweet on the tongue, malty, and sporting some earthy, dark malt character. The finish has notes of bittersweet chocolate and hops, with a touch of caramel sweetness. A smooth, well-balanced beer from start to finish.

ABV: 5.0
Tasting Notes: An outstanding offering from the Pennsylvania Brewing Company in Pittsburgh. Full brown color, with a beige head and an aroma full of malt and notes of licorice and caramel. There is a suggestion of roasted barley behind the slightly sweet, chocolate malt, creamy palate. Penn is one of the premier German-style breweries in the U.S.

ABV: 5.5
Tasting Notes: From the Capital Brewery in Middleton, WI, Capital Munich Dark is spot on in style relative to the German versions. Deep mahogany and full of complexity in the nose with toasty Munich malt and spice and a soft hop presence. The flavor is nutty caramel behind the Munich malt, with light cocoa and spicy notes. The finish is somewhat roasty with a subdued, enjoyable hop bitterness.

K. Florian Klemp
K. Florian Klemp is an award-winning homebrewer and general hobbyist who thinks there is no more sublime marriage than that of art and science.