There are certain parts of the country where a proper sandwich is worshipped with the reverence it deserves. It is more than just meat and cheese between two slices of bread. Ingredients matter. Construction matters. In order to get a proper sandwich you must go to a deli, not an impersonal shop with pre-sliced meats and spongy bread. The beauty featured below is ubiquitous at Jewish delis on the East Coast, specifically the New York metropolitan region. House-cured pastrami, piled high and topped with creamy coleslaw before going between two solid slices of fresh rye bread. Pair it with a pickle—the half-sour is a classic choice—and this lunch will leave you with no need for dinner.

Hover over the targets to see recommended beer pairings. 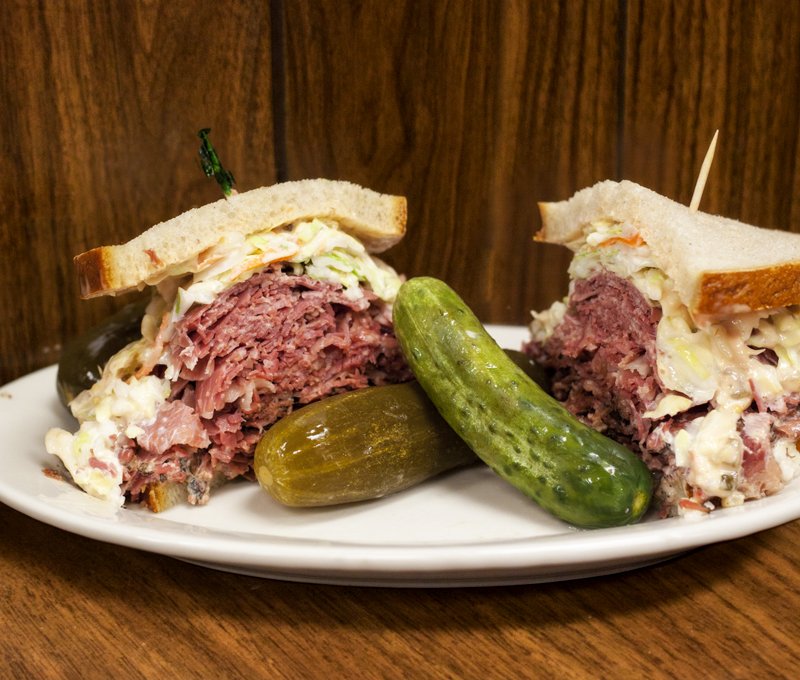 (Photographed by John Kleinchester on location at Hobby’s Deli in Newark, NJ.)