As the Anheuser-Busch InBev takeover of SABMiller becomes a reality, some South African microbrewers are worried. Will they soon become acquainted with the buyouts and bully tactics that American breweries have long faced?

Of course, the country’s 180-or-so microbreweries have been operating under their own mega-brewery for years, but SABMiller’s attitude to microbrewed beer here seems wildly different to that of its larger counterpart.

“You’ll never have it so good as you have under SAB,” German beer journalist Ina Verstl told delegates at a Cape Town brewing conference earlier this year. And suddenly the brewers started to take note. Some had long appreciated the efforts of the world’s second largest brewing company, many others exhibited suspicion and disdain, but here was an outsider—and a very well informed one—telling them how lucky they were to have a company like SAB looking out for them.

South Africa’s specialty beer scene properly began to kick off in 2010. That year, two enduring beer festivals launched, along with a handful of new breweries. Over the next couple of years, SAB would sponsor local beer events to a tune that meant microbrewers could exhibit for a low, or sometimes no, fee. SAB opened its hop farms and maltings plants to homebrewers and microbrewers, allowing them to purchase base ingredients at a reasonable rate, rather than having to import everything (all hop farms in South Africa belong to SAB, and there are still no independent maltsters). In 2013, the National Craft Championships were launched. The nationwide brewing competition, almost entirely sponsored by SAB, provides prizes, infrastructure, judges’ travel expenses and even flights and accommodation so that finalists could attend the awards evening.

Some brewers steered clear of SAB-sponsored festivals and opted to import all of their own ingredients rather than deal with the giant company. Many have been cautiously waiting for SAB to make its move on the specialty beer scene, and while it has launched two limited-reach “small batch” breweries (3 Fransen Street in Johannesburg and Newlands Spring in Cape Town), used phrases like “crafted” in the advertising of its mass-produced lagers and, most recently, launched a mainstream weissbier, SAB has largely stayed off the specialty beer playing field, sticking to the company line about “growing the beer category.” With an estimated market share of around 0.5 percent, microbrewed beer in South Africa has posed no real threat to SAB, which controls more than 90 percent of the local beer scene. Their competitors are wine and spirits, they say, and so the granddaddy of the South African beer industry and its tiny brethren have until now lived in relative harmony.

But with the arrival of A-B InBev, South Africa’s microbrewers are nervous, particularly when it comes to the subject of sourcing raw materials. “We have had a very favorable relationship with SAB,” says Shaun McCartney of Sabie Brewing Co. “They provide us with a good quality product at a good price, compared to what we are paying for speciality malt and hops.” Most microbrewers use some local ingredients in their brews, and a few rely entirely on buying from SAB, so if the supply of hops or malt was cut off, it would certainly instigate a cull in the country’s brewery numbers, with many brewers reluctant to invest their funds in imported ingredients. Still, the South African government seems to have the brewers’ backs. When the merger was approved by the South African Competition Commission in June, one clause stated that “the Merged Entity shall continue to supply hops that are currently supplied by SABMiller to Small Beer Producers on the same terms and conditions as currently offered by SABMiller or otherwise on reasonable commercial terms”.

Another clause in the agreement remarkably pledges to set aside 10 percent of the newly formed company’s liquor store fridge space for use by “smaller beer producers,” though there is heavy skepticism over how this might work. “I am amazed by this and have difficulty in understanding what this really means,” says McCartney. “Will 10 percent of fridge space stand open in a retail outlet? This is an amazing ruling by the commission and will really be interesting to follow its implementation.” With guerrilla tactics a common feature of the sales floor, many local brewers doubt their beers will ever make it into the allotted fridges.

It is the sales floor that poses the biggest worry to South African microbrewers. Steve Miller is now the owner of Garagista Beer Co., a microbrewery and cider producer north of Cape Town, but he was once Global Innovation Director for SABMiller. “It’s no secret that even the upper echelon of SABMiller thought that the local SAB business was slipping and inefficient,” he explains. “A-B’s relentless pressure on margins and profit is going to force SAB to compete harder, reduce costs more and get aggressive on pricing and promotion. Whilst this will take the battle squarely to Heineken [SAB’s only real competition in South Africa], I think the whole beer market will feel the impact of price and promotion pressure. As the old Kikuyu adage phrases it, when the bull elephants fight, it’s the grass that suffers—in this instance I fear we craft brewers may be the grass!”

But it’s not all doom and gloom. Many brewers trust that the terms of the deal will be honored, while others believe that their tiny breweries (most produce less than 10,000 liters, about 85 barrels, per month) are so insignificant to the South African beer industry that A-B InBev wouldn’t be interested in buying them out or shutting them down. And some microbrewers even see the takeover as a positive for their burgeoning industry. “I think the local merged business is in for severe culture shock,” Miller muses. “SAB trades heavily in this country on its ‘South African-ness.’ I think some of their staff are going to feel shell-shocked, even betrayed, and it may generate a consumer backlash too. I think the craft scene may see an influx of consumers who, hitherto happy with their local commercial brand, now feel a little alienated, and will go from being SAB lovers to haters.”

While the SAB moniker won’t feature on the new megabrewer’s letterheads (the company will remain as A-B InBev rather than merging the new acquisition’s name as has happened in the past), in South Africa it seems that the iconic name of one of the country’s oldest home-grown companies—dating back to 1895—will remain. But the same cannot necessarily be said for its initiatives, its business practices and in many cases, its employees. While unionized workers’ jobs were protected by the takeover agreement, those higher up in the company are now fearing for their livelihoods following an announcement that up to 5,500 jobs will be cut throughout the company as part of a pledge to save $1.4-billion per year. Job cuts have already been made at the board level and an air of uncertainty hangs over SAB employees, though most agree that any changes in personnel or business practices won’t be implemented until the first half of 2017.

In fact, uncertainty is in the air throughout the South African beer industry as microbrewers contemplate the possibility of rising malt costs, event organizers wonder if they’ll need to seek new sponsorship and people involved with SAB’s projects to develop beer culture—from media trips to explore the hop farms to a highly successful annual intervarsity brewing competition—start to think that under SAB maybe they really did have it pretty good after all. 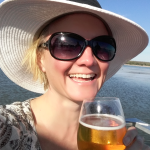