When Brewing Returned to Alaska—and Stayed 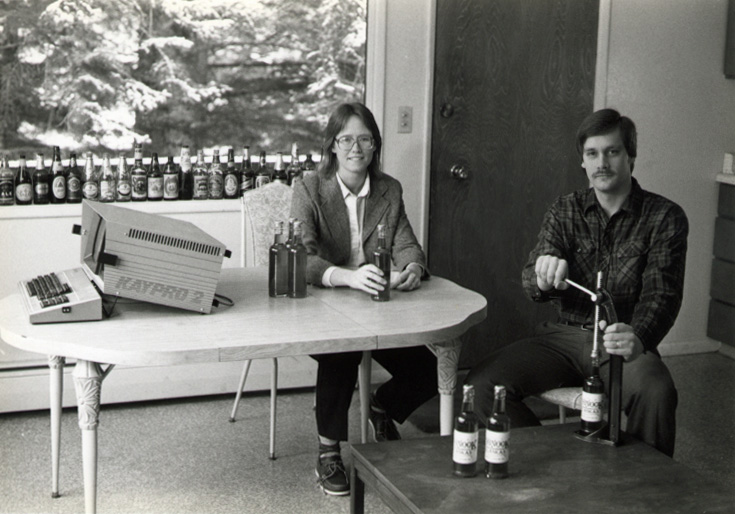 This time 30 years ago, Geoff and Marcy Larson were busy bringing brewing back to Alaska.

The Last Frontier’s last brewery had gone spectacularly belly up in 1979. Generous incentives from the Alaskan government, including a 56-cent break on each case, lured West Germany’s Radeberger Group to open what it called Prinz Brau Alaska in Anchorage in 1976. Myriad problems soon presented themselves: the tepidity of the thin lager itself; grasshopper infestation of the barley supply; union opposition to Radeberger’s non-union workforce; the popularity of brands from the Lower 48 among recently arrived workers constructing the 800-mile-long Trans-Alaska Pipeline.

In general, though, it appeared that Alaska’s geographic vastness and isolation from the rest of the nation doomed Prinz Brau—and any further prospects of a homegrown brewery.

The couple had fallen in love after meeting at a national park in Montana, where Florida native Marcy Bradley worked as an auditor as well as a photojournalist and Geoff Larson passed the time as a short-order cook on his way to a chemical engineering degree from the University of Maryland (he was the son of a foreign-service officer, so he grew up all over the place, including South America and Europe). Another auditing job for Marcy at another national park took the pair to Alaska.

It was Geoff’s homebrewing hobby, which he’d started in college in the late 1970s, that took them into brewing. They spent much of the early 1980s studying up both formally and informally. Geoff did an apprenticeship at the Millstream Brewery in Amana, Iowa, and studied at the Seibel Institute of Chicago, while Marcy supported them both. (The couple married in 1985.)

Geoff also went to the Great American Beer Festival in 1984, its first year in Denver. Though the gathering was large enough to have ditched its Boulder roots for the bigger city, it was not so big that Geoff had difficulty meeting most of the luminaries of what was just starting to be called “micro-brewing,” including Bert Grant, progenitor of the American brewpub, and Matthew Reich, who brought small-batch brewing back to the East Coast.

Geoff also visited the F.X. Matt Brewery in Utica, N.Y., and got a personal tour from its chief, F.X. Matt II. Unbeknownst to his visitor, Matt then wrote Fritz Maytag, the head of the Anchor Brewing Co. in San Francisco, to tell him that Geoff was on his way there and would he like to show him around, too?

Maytag would. Geoff got a personal tour of Anchor the Wednesday before Thanksgiving in 1982, and then Maytag drove him to the Greyhound depot. They stopped on the way so Maytag could pick up his Thanksgiving turkey. It was that kind of industry.

Back in Alaska, he and Marcy got down to the details of opening Alaska’s first brewery since the Prinz Brau debacle. Commercial banks turned them down for financing (as did relatives); so they set about raising funds from what turned out to be 88 enthusiastic, or at least curious, individuals. 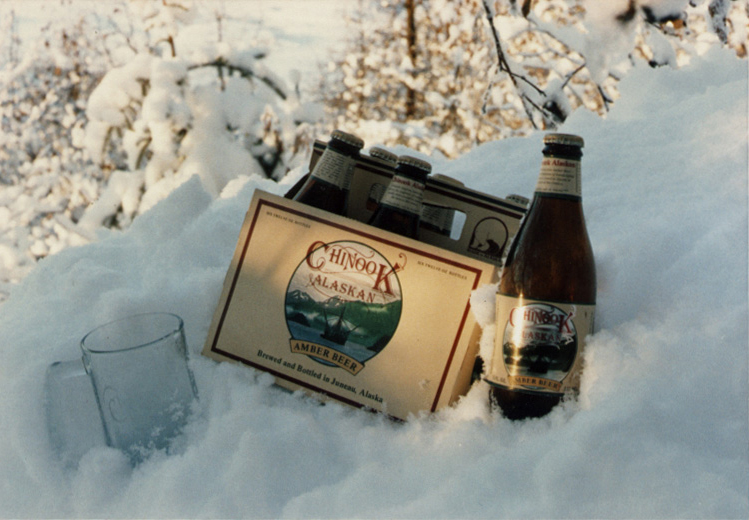 They rented from a neighbor 2,000 square feet in an unfinished warehouse in an industrial part of Juneau, the state capital, and acquired a new 10-barrel brewhouse from Oregon manufacturer JV Northwest (though their bottling line was secondhand; they eschewed kegs because they weren’t sure if the containers would ever make it back to them given Alaska’s distances). All totaled, they spent $310,000 in mid-1980s money getting what they called the Chinook Alaskan Brewing & Bottling Co. off the ground. (In 1990, it would become, simply, the Alaskan Brewing Co.) The entity held the nation’s 67th brewing license—and only the second new one in the last 40 years in Alaska; Prinz Brau had held the other.

Would Geoff and Marcy’s operation meet the same fate? It was not as if between 1979 and 1985 the Lower 48 had moved physically closer or the population of Alaska had exploded (there were about 540,000 people living there, around 150,000 fewer than in San Francisco). The couple faced the challenge of importing basically every type of beer-making material except water and then getting the finished product to retailers via ferry and then truck.

“To put this into perspective,” Bill Howell points out in his thoroughly meaty new book, Alaska Beer: Liquid Gold in the Land of the Midnight Sun, “when the brewery opened, even the U.S. Postal Service did not send mail directly between Juneau and Anchorage; mail between Alaska’s state capital and its largest city went via Seattle.”

It was slow, uncertain going, but it worked. Alaskan Brewing shipped its initial 253 cases of what it called Chinook Alaskan Amber Beer in December 1986, first four hours by ferry to a port in Haines and then by truck to Anchorage. The malty flagship, bottled with the help of volunteers, was itself born of Alaska’s isolation. It was based on a pre-Prohibition recipe that called for the sparing use of hops—they were hard to get.