NFL Player Homebrews in Off Season 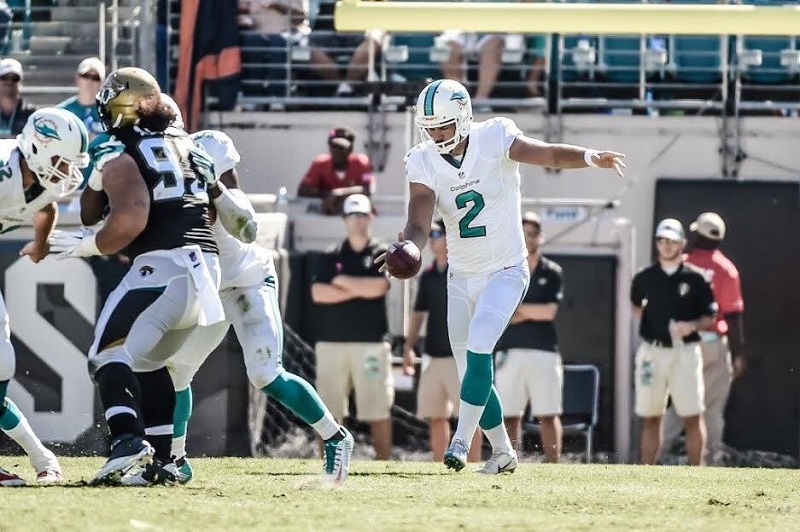 Miami Dolphins punter Brandon Fields gets his kicks off the field homebrewing.

The muscular, 6-foot-5, 250-pound Ohio native was an All-America football star at Michigan State before the NFL and the sun-soaked shores of South Beach came calling in 2007.

His interest in craft beer began soon after the start of his professional career.

“The beer that started it all was Stone Arrogant Bastard,” says Fields, who represented the American Football Conference in the 2014 Pro Bowl. “I used to think beer was beer. But that one kicked off the whole craft beer education for me. Today I like to drink IPAs and sours, but I’ve brewed just about everything.”

He’s even dabbled in mead and cider.

Field’s foray into beer making began much like many others: His wife, Katie, bought him a homebrewing kit about seven years ago in response to his growing thirst for tasty suds.

“I was just kind of at the beginning of my interest in good beer. Katie figured it was a gift I would like.”

Today, Fields is a creative homebrew artisan who switched to all-grain brewing last year with the aid of his beer bud Ryan Sentz, the owner of Funky Buddha Brewery in Oakland Park, Florida. He’s also eagerly watched the South Florida beer scene grow up before his eyes.

“The beer culture in general down here is a little bit behind some of the other big cities around the country, but it’s starting to pick up pretty good,” says Fields. “Restaurants are starting to carry more craft beers, and you find a lot more options these days.”

Fields offers plenty of options in his own home, cultivating a passion for experimental styles and flavor combinations—like the time he drilled holes in 175 coconuts to make a coconut water blond ale.

“That one was probably better in theory than in execution,” he jokes. “It was too much work to drill all the holes, and the flavor profile didn’t come out exactly the way I expected or wanted.”

Fields scored big, though, with a pumpkin spice milk stout he brewed back in October with “a bunch of lactose” plus pumpkin, cinnamon, nutmeg, coffee and vanilla.

“It was part of a competition with the guys at Funky Buddha. They won’t admit it, but mine blew theirs out of the water,” Fields boasts.

Despite the punter’s passion, homebrewing remains rare in the high-pressure world of the NFL. Fields does not drink during the season.

“I’d be surprised if were the only one (homebrewing), but I think I’m at the vanguard of it right now. There are a handful of guys over the last couple years who seem to have a real interest.”

Most notable among them, Fields says, is former teammate Jason Trusnik, a linebacker and fellow Ohio native who signed with the Carolina Panthers this year.

Fields, like many homebrewers, has encountered his share of comedic disasters along the way—including “a kind of foam volcano in the laundry room,” he laughs.

Here’s what happened: He filled a 6½-gallon fermentation bucket with about 6 gallons of wort. “I had about an inch-and-a-half of headroom and figured that was plenty.”

He awoke the next morning and went to work much like any other day. But when he got back to the locker room after practice, he found a bunch of missed calls from Katie.

“The air lock erupted and there was 6 inches of foam all over the place,” says Fields. “What made it funnier for me is that the cable guy came over and said our house smelled like a frat party.”

The foam volcano frat party mess was fourth-and-long for Katie, who booted the punter deep downfield.

“She kicked me out of the house,” says Fields. “I’ve been brewing in the garage ever since.”

Kerry Byrne has covered the American craft beer industry since 1993 and has been the food and beer writer for the Boston Herald since 1998. He’s also the founder and publisher of innovative NFL site Cold, Hard Football Facts.com and a frequent guest on sports radio and TV programs around the country.