48 Hours in (and Around) San Diego, California

With nearly 365 days of sunshine and more than 140 brew houses—and even more brewery-owned restaurants and tasting rooms—there is no locale more attractive or more daunting to tackle than San Diego. Recognized by many as the craft-beer capital of the U.S., the county—one of the nation’s most expansive—has so much to offer that not missing out on some of its best beers can be challenging. But narrowing one’s itinerary to breweries helps, as does tackling one region at a time.

One can go from tarmac to taps care of Stone Brewing’s bar in Terminal 2 at Lindbergh Field or opt for the company’s nearby restaurant (the largest in San Diego), Stone Brewing World Bistro & Gardens—Liberty Station (2816 Historic Decatur Road). Constructed in a former Navy mess hall, it includes an outdoor garden and bar, bocce ball courts and a brewhouse pumping out Stone’s most diverse, innovative creations. Or take a short trip north to Modern Times Beer’s (3725 Greenwood St.) whimsically decorated headquarters where you can sample IPAs and sours or caffeinated quaffs steeped with beans from an on-site coffee roaster, providing fuel for the touring ahead. 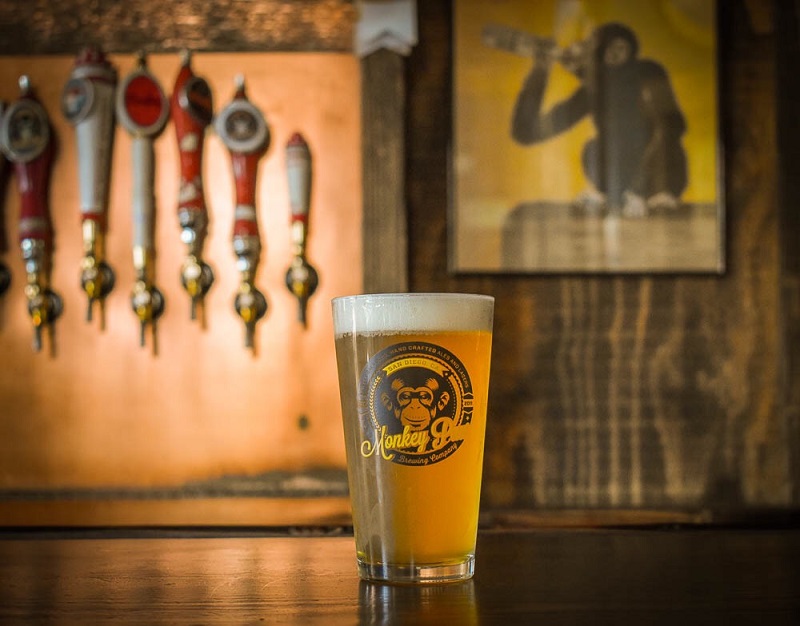 A variety of options awaits downtown. Civic Center-adjacent Resident Brewing, the haze- and hop-heavy fermentation operation built into popular eatery The Local (1065 4th Ave.) is fun and tasty. Its ales are also on-tap at the San Diego Padres’ home field, Petco Park, with beers from other local breweries. Pre-gaming is recommended at East Village standouts Half Door Brewing (903 Island Ave.), a brewpub installed in a refurbished, two-story house where Irish and English ales share tap space with hazy New World pales and IPAs a block from the ballpark, and Monkey Paw Pub & Brewery (805 16th St.), where the citrusy Bonobos sets the standard for “San Diego-style pale ales” (a term for the region’s extra-dry IPAs). The latter’s sister brewpub, South Park Brewing (1517 30th St.) has also garnered accolades for a broad array of beers served with a fun seafood menu. 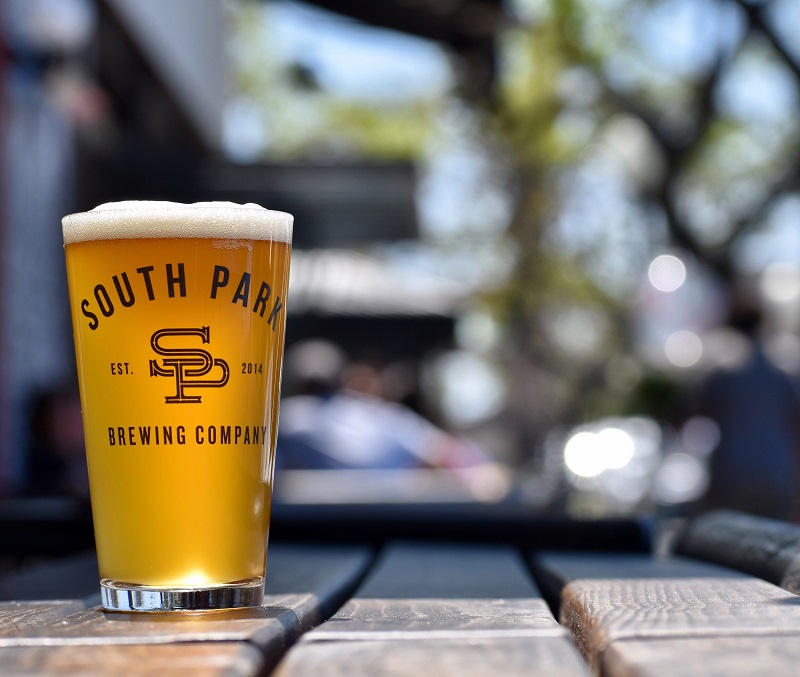 Not far from downtown is San Diego’s reigning “it” neighborhood, North Park. A beery thoroughfare (30th Street) provides access to more brewery-owned venues and beer-centric bars and restaurants than most cities possess in total. Start with a stop at Fall Brewing (4542 30th St.), the passion project of a veteran brewer serving hoppy beers, lagers, stouts and Belgian-style ales in a cinder-block-chic building that once held a garage. Walk, bike or Uber south and hit three breweries in one building at CRAFT by Brewery Igniter (3052 El Cajon Blvd.), where you can sample incredible Germanic lagers, including the county’s best festbier at Eppig Brewing, outlandish creations like a uni-infused take on an oyster stout at Pariah Brewing, and classics at 20-year-old stalwart San Diego Brewing.

From CRAFT, cross the street for a bite at Tiger! Tiger! Tavern (3025 El Cajon Blvd.) an eatery popular with both omnivores (wood-fired oysters, Chinese BBQ bánh mì) and vegans (fried polenta, veggie sliders). Owned by a former Stone brewmaster, it’s also an outlet for beers from his Automatic Brewing, which offers classic and avant-garde, small-batch creations. The former is largely celebrated at hotspot North Park Beer (3038 University Ave.), an elegantly designed, double-decker brewery embodying its community’s architecture via hardwoods and indoor globe-style streetlights. Established by a national award-winning homebrewer, it’s earned a fast following behind technically perfect brews of many styles. From here, cap off your first day in America’s Finest City with a bevy of incredible beers at Toronado San Diego (4026 30th St.), the southerly second coming of San Francisco’s feisty original. 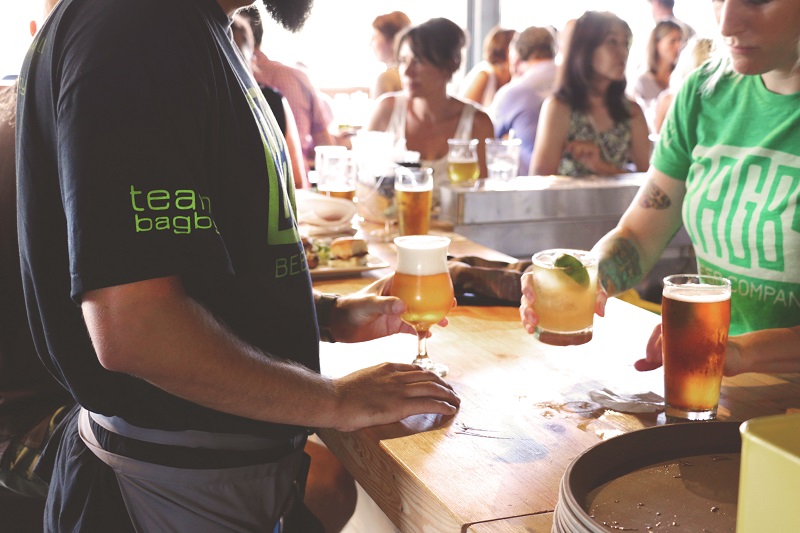 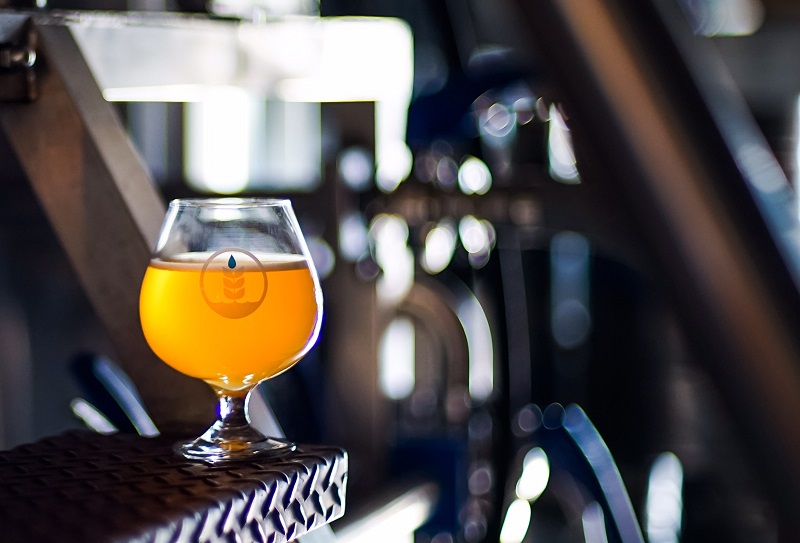 Next stop: Miramar (or as it’s locally known, “Beeramar”), which is home to 20 brewery-owned establishments. Of those options, the best is AleSmith Brewing (9990 AleSmith Court). Over 21 years, it has racked up innumerable awards for unbelievably smooth high-gravity beers like its coffee-infused Speedway Stout. Its San Diego Pale Ale .394 is also a prominent tribute to Padres Hall of Famer Tony Gwynn. Blocks away, Pure Project Brewing (9030 Kenamar Drive, #308) gets kudos for its beers and humanitarian spirit. This One Percent for the Planet business contributes a portion of sales from its refreshing, sun-suited ales and coveted barrel-aged stock to local charities. And if you’ve ever doubted the role yeast plays in the flavor of beer, a visit to the country’s leading brewing-yeast producer, White Labs (9495 Candida St.) is a must. There, beers are split into batches fermented with different yeast strains to spotlight their significant sensual differences. It’s a tasting experience unlike any other. 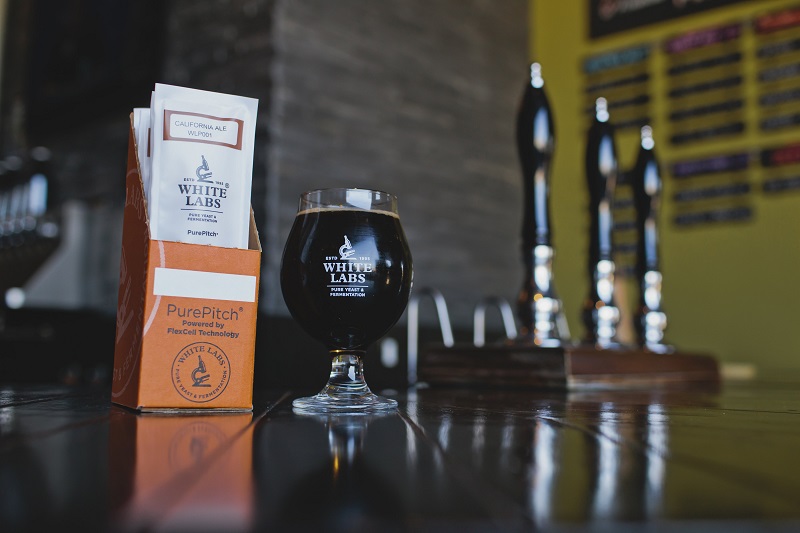 On the way to the airport, take a pit stop in Sorrento Valley to taste to-style British ales from a U.K. expat at New English Brewing (11545 Sorrento Valley Road, #305). There simply isn’t a better ESB in town, especially served on nitro. End out your trip at the Pacific Beach headquarters of the 2016 Great American Beer Festival’s Champion Mid-Size Brewing Company, Karl Strauss Brewing (5985 Santa Fe St.). The largest variety of San Diego’s longest-running brewing company’s liquid wares are here, from its vaunted Mosaic Session and Aurora Hoppyalis IPAs to gold medal-winning sour, Queen of Tarts. Enjoy them all with one last soak in the San Diego sun in Uncle Karl’s alfresco beer garden.

Side Trip: Looking for legendary beer and willing to drive for it? Head east and start in El Cajon with Burning Beard Brewing (785 Vernon Way). This hot new brewery has won beer-nerd praise behind its Normcore Pilsner and
assorted hoppy stock. It’s also a great halfway-there stop en route to Alpine Beer (2363 Alpine Blvd.). Regarded as the Holy Grail of breweries by most locals, its original brewery continues to pump out heralded IPAs and occasional
barrel-aged creations that perpetually wow and go beyond nationally distributed core offerings. Fil a growler for your hotel room and smuggle some bottles back hom.