The Creative World of Fake Beers

I don’t mean “near beer”—beer that has an extremely low alcohol content. I mean beer you can’t actually drink because it doesn’t exist: Squinty Pete’s Backwash Brew, Tree Frog Beer and less absurdly named brands such as Escorpión (featured in “Casa de mi Padre”) and Skull Island (featured on “Dexter”). Though fake brews are frustrating in the sense that you can’t drink them—usually—they are a quirky, surprisingly prolific corner of the beer world that reflects trends in beer culture. Just as fictional characters reflect real folks, fictional beers have a lot to say about real brews—especially the many beers produced by comedies.

Duff Beer is, without question, the Cadillac of fictional beers, in fame if not quality: It’s been a staple of never-ending comedy “The Simpsons” since season one. Duff isn’t just a spoof of beers like Bud: It’s spawned other brews such as Duff Light, Duff Dark, Raspberry Duff, Henry K. Duff’s Private Reserve, and Tartar Control Duff. It even has competitors such as Fudd, Blitz and Strolling Rock. As the ultimate male boob—complete with a crayon in his brain—Homer Simpson and Duff go together like beer and barrels. 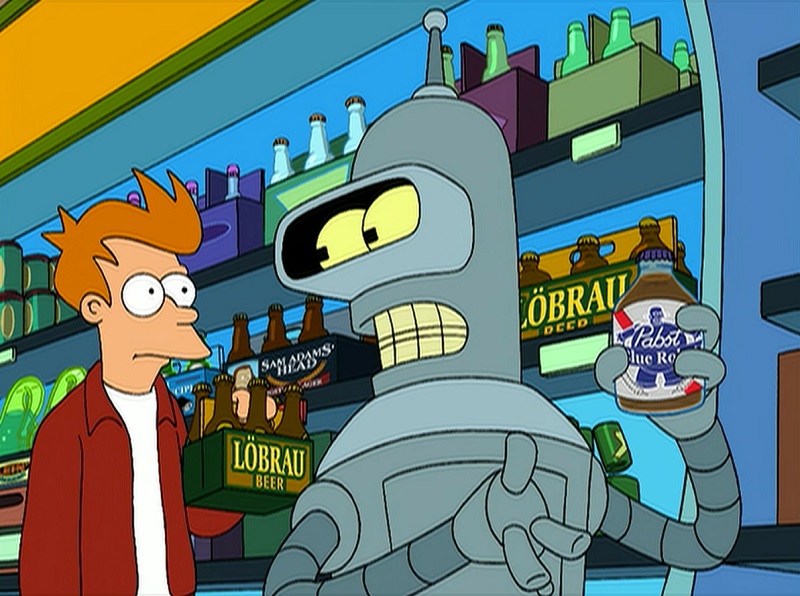 “The Simpsons” sister show “Futurama” was able to take beer spoofs in different directions, expanding the range of satirical targets. Science and beer nerds can appreciate names such as Benderbrau Cold-Fusion Steam Beer, Olde Fortran Malt Liquor, and St. Pauli Exclusion Principle Girl Beer. Still, there’s a certain stupid charm in Pabst Blue Robot, one of the beers beloved by booze-guzzling robot Bender, who is of course named for a bout of excessive drinking. “Futurama” was a quick, dense show with a high jokes-per-minute ratio, and fake beers sent that ratio higher.

Whether Matt Groening is involved or not, comedies have been particularly conducive to fake beer. Archie Bunker swilled Best Quality beer on “All in the Family,” while his loutish successor Al Bundy enjoyed Girlie Girl beer on “Married With Children.” On cult classic “News Radio,” narcissist Bill McNeal, played by comedy legend Phil Hartman, did some commercials for Rocket Fuel Malt Liquor that showed, to put it mildly, his cultural insensitivity. One of the most memorable fake beers has to be Samuel Jackson Beer, a Dave Chappelle spoof of Samuel Adams and the actor known for lines such as “Yes, they deserved to die, and I hope they burn in hell.” 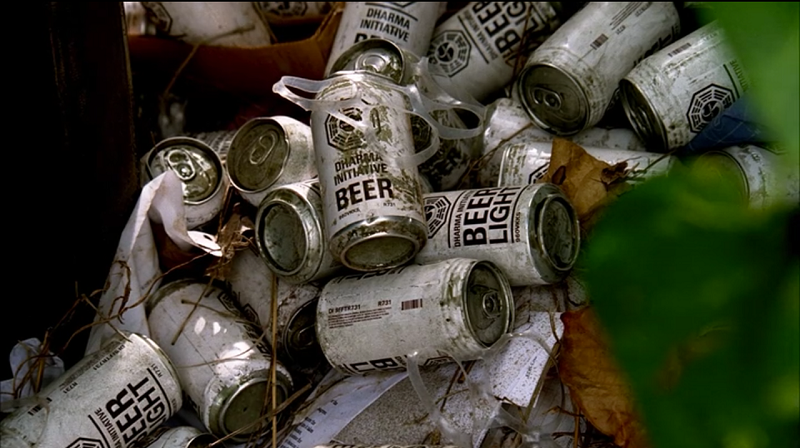 While drama, books and graphic novels also produce fake brews, they tend to blend into the scenery. That’s the purpose of beers and other fake products produced by Independent Studio Services, which makes Heisler Gold Ale (which has been seen on “New Girl” and “Brooklyn Nine-Nine”) and Jekyll Island Beer (which has been swilled on “Burn Notice,” “Dexter,” “House of Payne,” “Lost,” “Melissa & Joey,” “Prison Break” and “The Rules of Attraction”). On “Lost,” Dharma Initiative Beer (which later became a real beer, a la Duff) is one of many products of this mysterious organization. One of the more creatively named beers in a drama was homebrewed by DEA agent Hank Schrader on “Breaking Bad”: Schraderbräu. 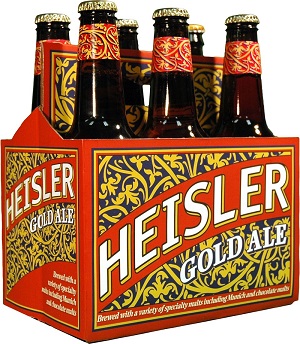 How many fake beers are there? No one knows for sure, but Jay Brooks, beer writer and syndicated columnist, has created the largest list of fictional beers in existence, which you can find at his blog, Brookston Beer Bulletin. Brooks says the list is “an ongoing thing,” and he recently added Moose Beer, which is used in reference to an advertising account in Margaret Atwood’s novel The Edible Woman. Brooks began collecting fictional beers after seeing an online list that was lacking. As the saying goes, if you want something done right, you have to spend a lot of time on the internet. Brooks describes himself as “pretty obsessed with lists generally” and has a tendency to look at other lists and say, “That can’t be it.”

So why do TV shows, comic books, movies and other types of fiction make up beers, aside from avoiding the appearance of product placement? Why not just have characters swill a Schlitz or sip a Bourbon County Brand Stout?

Frank Lesser, a humorist and writer for shows such as “The Colbert Report,” says fake beers are “a subtle way to create your own fictional world without being too distracting. There are enough obscure microbrews and defunct mass-market beers (like Falstaff, the greatest-named beer of all time) that a ‘fake beer’ doesn’t jump out at the viewer and ruin the suspension of disbelief. You just watch and think, ‘Oh, I guess that’s a regional favorite.’ ”

But such beers aren’t always unobtrusive, especially to educated beer drinkers. Brooks has a feeling All About Beer Magazine readers may relate to: due to his extensive knowledge of real beers, seeing a fake beer can take Brooks out of the story: “To me, they’re a little jarring.” In a perfect world, Brooks says, fictional characters would drink the actual beers of wherever they live.

Collecting fake beers may sound like a tempting hobby, but there are hazards. Such list-making can be hard on a family. Brooks says he often drives his kids “nuts,” because they’ll be watching a cartoon, and Brooks says, “Wait, there’s a beer there!”

Mark Peters
Mark Peters is the author of Bullshit: A Lexicon. Find him on Twitter @wordlust.