All About Beer Magazine's Beer from the Source
July 4, 2017 Anne Fitten Glenn 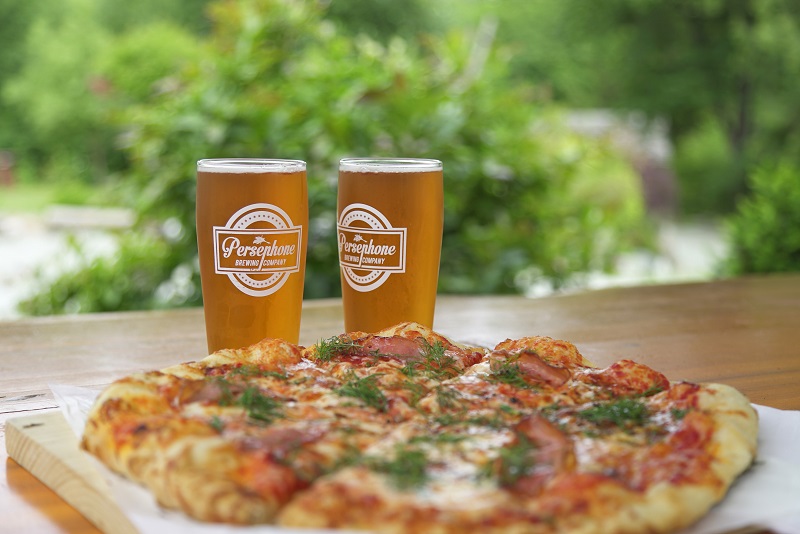 Presented by The BC Ale Trail

Craft beer’s re-emergence in the late part of the 20th century has followed many crooked and winding paths. In Canada, in the late 1970s, an ongoing series of worker strikes at the big three breweries (Molson, Labatt, and Carling) created frustration at both the governmental and consumer levels. Those conflicts helped pave the way for a craft beer renaissance, particularly in the province of British Columbia, which would become the site of the country’s first brewery and brewpub.

“Strikes became more and more common, much to the frustration of government, who owned all the retail liquor stores,” says Paul Hadfield, owner of Spinnakers Gastro Brewpub and Canadian craft beer pioneer. “In BC, the strikes caused the provincial government to need to buy beer from Washington State to fill in the holes.”

This combination of no competitive marketplace and a lack of beverage variety led John Mitchell to open a small brewing venture in Horseshoe Bay, BC, which is just north of Vancouver. Mitchell, who had trained in France and worked in London, was a publican (owner or manager of a pub) in the town. He partnered with Frank Appleton, a disaffected former employee of a big Canadian brewery, and together they worked to overcome some of the anachronistic and restrictive laws that had governed the production and sales of alcohol in the province since Prohibition (which lasted from 1917 to 1921 in BC).

“Prohibition was short-lived here but filled with controversy,” says Joe Wiebe, BC Ale Trail director of content and author of Craft Beer Revolution: The Insider’s Guide to B.C. Breweries.  “The vote took place during World War I, and when the government bothered to count absentee votes from overseas soldiers, they realized that Prohibition wouldn’t have passed, but they didn’t do anything about it. Once we got Prohibition out of our system, then the U.S. passed it, and we became great smugglers.”

Even so, it would take almost 60 years of discontent with the status quo before things started to change. As elsewhere on the continent, a desire for flavorful, non-domestic style beer and an interest in the “eat local” movement pushed maverick entrepreneurs such as Mitchell to brewing.

“John was using refashioned dairy equipment that he had in a warehouse down the street from the pub where he worked,” Hadfield says. “They would brew, keg, then put the keg in the back of John’s pickup truck and drive it down the street to the pub’s walk-in.” Hadfield adds that no one had held licenses to both brew and be a publican at the same time before Mitchell. The Horseshoe Bay Brewery, which Mitchell opened in 1982, is recognized as Canada’s first craft brewery, despite no longer being in operation.

Hadfield, who at the time was an architect, tells the story of a eureka moment for him after Mitchell went to Great Britain to research brewing equipment and came back with a suitcase full of beer.

“I joined him in a tasting one evening, along with half a dozen beer aficionados,” he says. “We drank all John’s UK beer and then tried some North American beers. Then we started drinking homebrews that some of the guys in the room had brought. The homebrew was the best, the freshest, beer.”

Soon afterwards, Hadfield talked Mitchell into moving to Victoria, where they planned to open Canada’s first brewpub, as Hadfield says, “the way brewpubs would have been in the old country.” 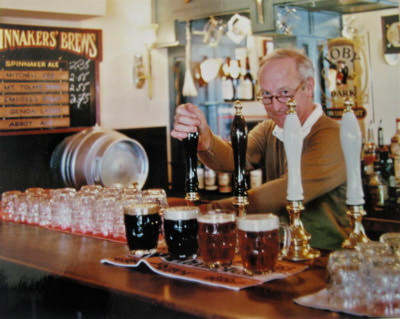 But back then, Canadian law did not allow beer to be brewed and sold in the same facility. As Hadfield and Mitchell built Spinnakers Gastro Brewpub, they lobbied the government to  change that policy. Hadfield jokes that they were prepared to brew the beer, take it out one door, drive it around the block, and bring it in another door if necessary, but several weeks prior to opening their brewpub  in May 1984, the law was amended.

“We were instantly successful,” Hadfield says. “We made $1,200 on first night open—and that was our slowest day ever.” 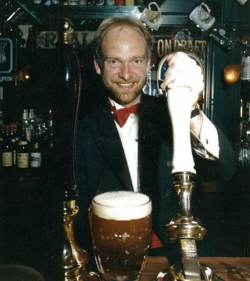 Hadfield still owns and runs Spinnakers, and his daughter is a brewer there. Offering a cask special four days a week is part of the pub’s old country appeal, but it also produces contemporary styles, including sours and barrel-aged beers, as well as apple cider, malt vinegar, and even chocolate truffles.

This beginning ultimately led to an explosion of growth in the industry. As of this month, there are 134 breweries in BC—70 of those have opened their doors in the past three years.

“There have been numerous moments when breweries have had to fight to make it here,” Wiebe notes. “Finally, in 2013, production breweries were allowed to open tasting rooms, which has led to huge growth.”

The BC Ale Trail now offers 15 self-guided brewery tours of the province, via a comprehensive website, with videos touting each ale trail. Each suggested trail covers craft breweries, plus pubs, restaurants, outdoor activities, accommodations, and sights. The Victoria Ale Trail includes Spinnakers, of course, along with another eight breweries.

“I’m delighted by the growth in the sector. We are stoked and encouraged by the sheer volume of breweries, and the knowledge that we are collectively as craft brewers making stuff that appeals to a broader demographic,” Hadfield says. “Barriers to entry are much lower now for new breweries. Now is the most exciting time ever to be a craft brewer here.”