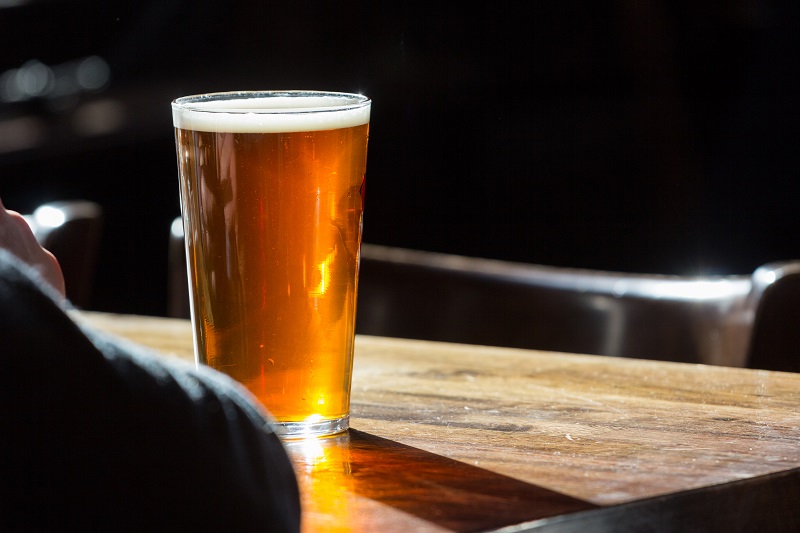 The English pub is much romanticised, even mythologised, which must leave some visitors disappointed when they encounter the real thing. Having been brought up in and around pubs our whole lives, reading them and negotiating them is a matter of instinct for us, but here we have tried to put the subconscious knowledge into words.

First, let’s look at two extremes: the tourist trap, and the death trap. The former looks like a pub, calls itself a pub, and might even occupy a building that was once a pub (or inn, or tavern) for centuries. Inside, however, you will find something not much better than the Rose & Crown Dining Room at Disney World. The décor will be tasteless bordering on kitsch, there won’t be many locals drinking there and the beer is unlikely to be anything special. You will end up paying over the odds for substandard food and drink consumed in a joyless, plastic setting.

The latter are more usually referred to as “rough pubs,” but not to their face of course. These days, you’re unlikely to find one of these unless you’re a very adventurous traveller because many have been demolished or converted, while the more substantial buildings have been given corporate makeovers—not tacky or exploitative, merely inoffensive. But if you wander into side streets, the outer suburbs, or into the shade of concrete tower blocks, you might still come across the kind of pub where it is possible for an innocent abroad to get into trouble. There aren’t many exterior clues other than a general state of disrepair, although with experience you develop a kind of sixth sense based on the state of the curtains or some subtle hint implied in the signage.

The good news is that if you make the wrong call and find yourself in a pub where you oughtn’t be, it will usually be made clear to you, as long as you are reasonably fluent in the language of passive-aggression. It might, for example, take a long time to get served, if the person behind the bar acknowledges you at all. You might get asked point blank if you are a police officer, which happens to us not infrequently—something about our flat feet, perhaps. Or the regulars might start a loud, pointed conversation about strangers, or foreigners, or people wearing whatever colour hat you happen to be wearing. We once walked into a pub only to be greeted by five men in soccer shirts, one of whom simply pointed and said: “No, no—turn round and walk out. Now.” We did so. Sometimes, though, the tests are more subtle: change from five pounds when you paid with a ten-pound note, for example, or an ostensibly jovial comment to which there is definitely an impossible-to-guess wrong answer.

The problem is that many of the very best pubs, and the most charming, don’t look or feel superficially much different to rough pubs. Unpretentious is perhaps the best word. The pub’s seating will be well-worn, possibly even ripped or stained here and there. If there are carpets, they will have a subtle scent of stale beer, but there are more likely to be well-trodden floorboards. Don’t expect elaborate bathroom facilities, either—just be relieved if there is a lock on the door and a bar of soap on the basin.

Really rough pubs will usually offer no food beyond packets of crisps. Posher, more sterile pubs will have full menus, pushed hard, and may even have the nerve to put out cutlery and placemats. The unpretentious pub, those in our sweet spot, will often have the perfect compromise: pork pies (cold), beef pies (hot), Scotch eggs, Cornish pasties, pickled eggs, or basic bread rolls in plastic wrap. Hearty, often delicious, but functional, these snacks—which are definitely not “meals”—tend to be served with nothing more decorative than a dollop of mustard on the side of the plate.

Even in these warmer, less scary pubs it is possible to commit faux pas. Being too loud in a quiet pub, for example, will earn you dirty looks—one of the most potent weapons in the British passive-aggressive arsenal. Though it’s unlikely anyone will ever say it out loud, you’re also expected to rent your space by consuming a certain amount of drinks: ordering a half pint of bitter and two glasses of tap water for a party of three, then nursing them for more than an hour, is bad form. And arriving in a large group is also likely to irritate regulars. Pubs are set up for parties of two, four, perhaps six, even eight at a push, but turn up in a group of 15, each member of which is paying for his or her own drink with a credit card—we’ve seen this happen—and you’ll feel the atmosphere chill.

On the flipside, it doesn’t take much to ingratiate into the life of an English pub. A brief greeting and a nod of recognition to anyone sitting at the bar won’t do any harm. A clear, unambiguous order—”A pint of London Pride, please”—is generally welcome. Having the right money, or something close, often goes down well, too. (Definitely don’t try to pay with a £50 note under any circumstances.) When you’re done, bringing your empty glass back to the bar is a good idea. Lots of English people don’t even do this anymore, preferring to sit among their glasses until harassed staff get round to sweeping the bar for “empties,” but it’s a simple act of politeness that goes a long way. If your round includes a pint of Guinness, which takes longer to pour, it’s a mark of a pub pro to ask for that before other drinks.

Tipping isn’t usual in “proper pubs,” but there’s sometimes a jar on the bar, or a charity collection box. If you really want to make friends, though, because you’re planning to spend the evening, or come back the next night, you can say, “And one for yourself?” The person behind the bar will either decline or say something like, “Oh, that’s very kind—is a half of lager alright?” They might actually drink a half-pint of lager but will probably put the money on the back bar “for later.” There’s a small risk they’ll exploit your kindness—”Oh, thank you sir. Double of the 18-year single malt OK?” It’s up to you to decide if you think it’s worth the risk.

Unlike Germany, there aren’t usually seats reserved for regulars, although we sometimes like to check if we’re in a strange pub: “Ahem … if we sit here, are we stealing someone’s usual spot?” Again, it shows that we know our place, as outsiders. In many parts of the U.K., sitting on a stool at the bar shows that you’re keen to engage in conversation while taking a table generally suggests that you’d like to be left alone.

The point is, in the end, you won’t really get to experience the pub if you take the easy route to the obvious pub on the main drag. Be brave and remember the bark is usually worse than the bite.

The Bull & Bladder, AKA the Vine
Dudley, West Midlands

The taphouse for cult brewery Batham’s, this pub is all muted warm wood, corners and gossip in thick local accents. Enjoy a pint of mild with a crusty roll overflowing with cheddar cheese and stingingly raw white onion.

If you head to Land’s End and Poldark country, stop here on the way. It’s a village pub and well-used, with slate floors designed to withstand farmers’ boots and the residue of Atlantic gales. There’s no food at all beyond pork scratchings and chocolate bars but it does have superb, good value ales brewed on site, fuelling a lively but civilised atmosphere.

We moved to Bristol in the summer of 2017 and have become fascinated by this pub, which feels like a relic of 50 years ago. It’s small, brown and out of the way, frequented mostly by middle-aged bitter drinkers with one eye on whichever sporting event is being shown on the TV.

Our favourite pub in London, close enough to the centre for convenience but far enough away to feel like part of the real London where people really live. (For now, at least.) It is weathered without being grubby and the service, in true London fashion, can be brusque, but a pint of Harvey’s Sussex Best and a salt beef sandwich is a hard combo to beat.

This centrally located pub in one of Britain’s greatest cities ought to be a tourist trap, except Manchester doesn’t really go in for that kind of thing. A tiny, one-room pub, it has a vague psychic partition—sit at the back and murmur to your significant, or stand at the front and joke with your pals. You’ll find cask ales from Hyde’s along with pork pies and plentiful people-watching.

Jessica Boak and Ray Bailey have been blogging at boakandbailey.com since 2007. They were named 2014 beer writers of the year by the British Guild of Beer Writers. Their most recent book is 20th Century Pub.They live in Bristol in the west of England.