How Wild is Your Beer?

Those wild ales you love might not be so wild. 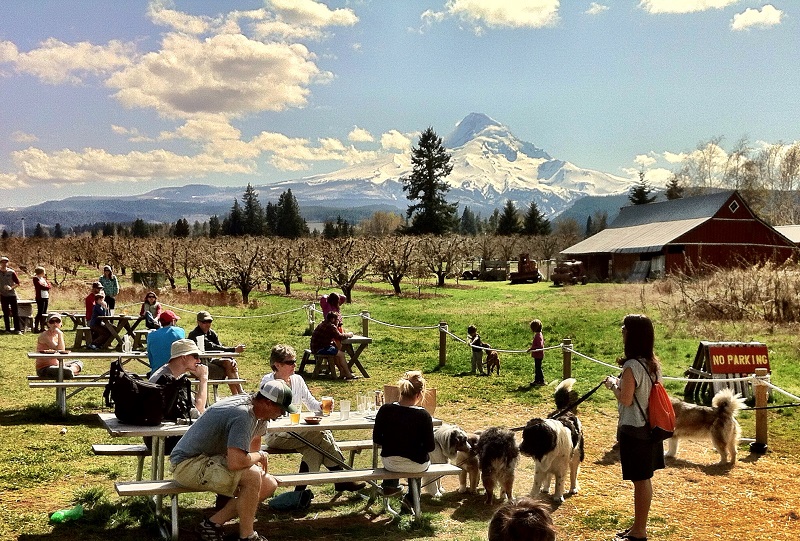 Solera Brewery offers one of the best views of Mount Hood in Oregon. (Photo by Jeff Alworth)

One of the best breweries I know is so obscure and out-of-the-way that most people living an hour and a quarter away, in Portland, don’t even know it exists. It’s named Solera, appropriately, after an equally obscure technique of nurturing wild ales. In an era of hops, the brewery does have one IPA, but mostly focuses on much more unusual styles of a kind that don’t enjoy a mass audience. The brewer, Jason Kahler, doesn’t seem to care about any of this. When he walks out the back of the brewery in tiny Parkdale, he has one of the best views of Mount Hood anywhere in Oregon, and the rows of orchards that fill the valleys provide him with a seasonal supply of beer-ready fruit as well as those wild yeast and bacteria that ferment his wild ales.

I visited him recently to learn about the solera technique that gave the brewery its name and how to adapt it for homebrewing. Before I’d even gotten to ask my first question, though, he posed one to me: “What’s your philosophy about wild ales?” I stammered for a moment and then asked what he meant about a philosophy of wild ales. I had honestly never given it a lot of thought. “Well,” he began, “a lot of people consider anything with Brettanomyces or bacteria in it ‘wild.’” If we were going to discuss wild ales, he just wanted to clarify what we were talking about.

Don’t worry, this isn’t going to be one of those pedantic nomenclature posts I occasionally lapse into. But it does bear mentioning that we don’t have any good language to distinguish between a range of beers that are labeled variously “sour,” “Brett,” “spontaneous,” or “wild.” The real problem here is not the language but the confusion about what these beers are and how they’re made. Our local NPR affiliate recently did a story where they conflated different practices, illustrating the problem:

If you’re tuned into the world of beer, you may be aware of sour beers — a loosely defined style that has been made for centuries but is gaining fresh appreciation in today’s craft beer renaissance. Brewers make these beers by deliberately adding bacteria and, sometimes, wild yeast to the brew, then letting them age slowly. It sounds weird, but sours can be delicious — tart and earthy, and redolent of things like leather, fruit and wood. They’re also very hard to make, requiring months or years of letting the beer gradually mature in the cellar.

But a technique that makes brewing sour beers fast and easy is trending across America — making sours much more affordable. The technique is called kettle souring, and it allows brewers to produce a mouth-puckering sour in about the same time it takes to make any other beer. The result can be generous pours of acidic, face-twistingly refreshing beer for the standard price of a pint.

Kettle-souring is a process in which brewers add Lactobacillus to fresh wort to create an acidifying lactic fermentation. That wort can then be fermented with normal yeast, resulting in beers of varying tartness. It’s entirely different than adding a culture of Brettanomyces, which may take months or years to work its magic and which may add very little acidity in the process. And it’s very different still from inviting native microbes into your beer naturally, to let them do the work without any help from lab-grown yeasts or bacteria.

Any of these processes can produce spectacular beers. The question Kahler posed, however, had less to do with the finished product than the process. Making beers with yeast and bacteria harvested from nature is an inherently dangerous business. Not only are you introducing unknown microorganisms into your brewery, but you’re also handing over control of your beer to them. “If you’re getting [yeast] from a laboratory, how wild is it?” Kahler asked. “It seems like a pretty controlled process.” And this is what separates Kahler and a growing number of wild-yeast wranglers from those who pitch cultures in order to maintain some level of control.

(Though even lab-grown cultures are dangerous. A number of breweries have been stung by the caprice of these little buggers, illustrating the risk. In 2010, Goose Island had some rogue lactobacillus get into Matilda, forcing a recall. The next year, Deschutes discovered that the Brett used in barrels of Dissident had migrated to those holding Mirror Mirror and The Abyss. And in 2013, The Bruery had a big enough problem with cross-contamination that it had to recall a number of beers and rework its brewery practices.)

If you wanted to boil the whole of modern brewing to a single goal, it’s trying to gain as much control over the biochemistry of the brewing process—starting with keeping wild yeast out of the brewery. This approach seems fundamentally contrary to brewing wild, which requires the embrace of randomness. When I visited Cantillon back in 2011, Jean Van Roy—who is equal parts poet, philosopher, and brewer—put it this way. “It’s never the same. Never. You never know what you will discover. That’s why lambic is so fun. In French we have a sentence. We say, tout est dans tout. If I translate it: everything is in everything. In this brewery, everything is playing a role in the final product. Everything.” 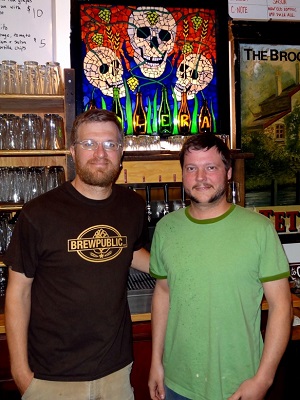 This is not the approach of the modern brewer; it’s something closer to an alchemist—which Kahler acknowledged. “It’s kind of magical in my head. There’s obviously hard science behind it, but I don’t understand all that science, and I don’t think you have to understand that science.” Although he has done some spontaneous fermentation in the lambic mode, Kahler’s preferred method is inoculating wort with the yeast and bacteria that lives on fruit. Cherries and peaches are his faves, and he dumps in whole fruit to freshly chilled wort. “I don’t worry too much about [it],” Kahler said, waving away concerns I raised. “Getting back to philosophy: that’s something that you have to get over, your fear, if you’re going to try these beers. You can’t lose sleep over something like this.”

Is there a difference between inoculated-wild ales and truly wild ales? There is. A Brett-aged beer will develop a lot of complexity as the wild yeast slowly creates different flavor and aroma compounds. Some breweries even add a cocktail of Brettanomyces, Lactobacillus, and Pediococcus, which creates even more complexity. But truly wild ales have something more. The biodiversity is much greater, for one. You’re getting a greater range of yeasts and bacteria in a wild beer, including wild Saccharomyces that conduct the initial fermentation. But even more than that, you’re getting the taste of place.

Every strain of Brettanomyces is different, and strains can vary even as close as a mile or two away. Last year, as part of the Beers Made By Walking program, Daniel Hynes, then of Thunder Island Brewing, put wort out in five different locations within Forest Park in Portland. He conducted spontaneous fermentations on each of them, wondering if, say, putting wort next to a nurse log or giant snag full of holes would produce different flavors than wort placed in new growth. And indeed it did—hugely. And that was just within the space of one patch of forest; imagine the difference ecosystems, climate regions, and local vegetation would have on beers fermented naturally in Californa, Iowa, New York, and New Mexico?

“You can get Brettanomyces from the laboratory and you can get Brett from the air,” Kahler says. “I love Brettanomyces, I love Lactobacillus, Pedio. They’re all there in the air; you don’t need to buy them. If you’re buying them from a lab, you’re not embracing your terroir. You should just embrace what you have.”

If you live in a town with a really good beer bar, you’ll probably find something on tap with a bit of zing in it, something the brewery calls “wild.” The next time you sample it, though, consider just how wild it actually is.