All About Beer Magazine - Volume , Issue
February 17, 2015 Will Hawkes 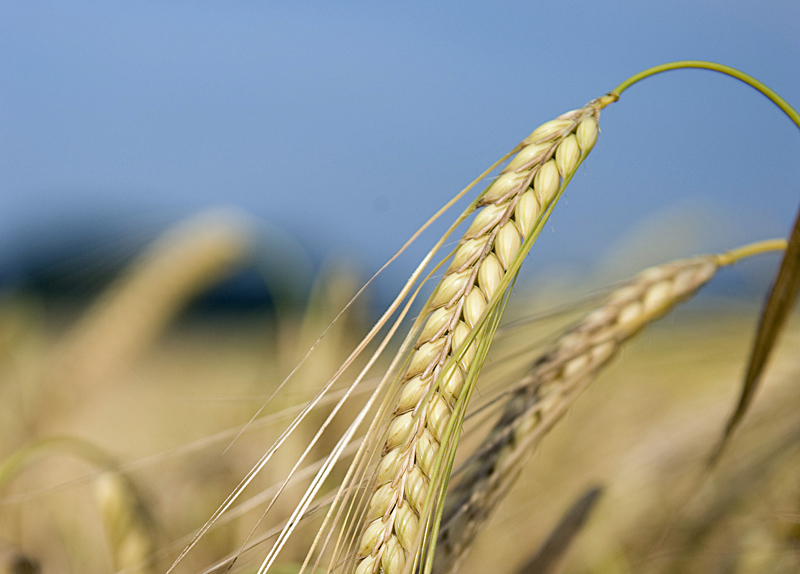 The way Robin Appel tells it, Maris Otter was lucky to make it to 30, let alone 50. “Fewer and fewer farmers were growing it,” Appel, a grain merchant, says of the famous barley’s plight in 1990. “No one was encouraging them to. I asked Paul Robertshaw, production director at Wolverhampton & Dudley Breweries, if I could do anything for him. Yes, he said: We’re very worried about Maris Otter. We want to hang on to it. How do we do that?”

Appel knew how, and brewers across the world are thankful for it. This year, Maris Otter (first released onto the British market in 1966 by the Plant Breeding Institute in Cambridge, England) will celebrate its 50th harvest. From the depths of the late 1980s, when only a handful of farms still produced it (“The people who grew it were stalwarts who had grown it for a long time,” says Appel, “but these guys were falling off the branches”), it’s now regarded as one of the best brewing barleys in the world.

That’s because of its flavor and suitability for brewing. “It seems to have more biscuity, creamy flavors than other varieties, and it doesn’t seem to be encumbered by harsh tannins,” says Mark Dorber, Britain’s foremost cellarman and an expert in beer flavor. “It does seem to have a softer, rounder and fuller character than other heirloom malts.”

This assessment has been backed up by independent tests and—perhaps most pertinently—by repeated victories in the Campaign for Real Ale’s (CAMRA) Champion Beer of Britain competition; 11 of the last 15 winners have been made with Maris Otter. It’s unsurprising that, despite a lower yield than other varieties (offset by a better price, according to Appel’s colleague Jonathan Arnold; around £70 to £80 or $105 to $120 more per ton), this two-row, low-nitrogen winter variety is increasingly popular. 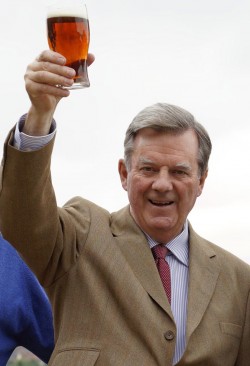 Appel, who now co-owns the variety with seed merchant H Banham, estimates that as much as 40,000 tons of malt (44,800 U.S. tons) from 50,000 tons of barley (56,000 U.S. tons) will be produced in the next harvest. He says that more than a quarter of that will be sent to the United States, where Maris Otter has become almost as well-known as in its homeland.

One man who uses it is Carlos Sanchez, brewmaster at Six Rivers Brewery in McKinleyville, CA. It’s in his flagship beer, an IPA. “It gives a bready, biscuitlike sweetness to the flavor profile, which is very suitable for English-style ales,” he says. “I’ve found it to be superior to standard American 2-Row.”

It’s also relatively easy to use. “The beauty of Maris Otter is that it is a very forgiving malt,” says Appel. “You can make a mistake with Maris Otter. It’s a bit like a recipe from [British television chef] Delia Smith—it doesn’t hurt the beer.”

For all Maris Otter’s virtues, it remained on the endangered list until very recently. “We battled through the 1990s,” says Appel. “We had an annual meeting with the maltsters to decide if there was a future. … People would get up and say, ‘Robin, you’ve done very well, you’ve kept it alive for another six or seven years, but I don’t think it’s going to last.’

Then, in 2002, the British Chancellor of the Exchequer Gordon Brown announced the introduction of progressive beer duty, which offered tax breaks to smaller breweries. “That was a big boost; suddenly breweries were opening up all over the country.”

Britain now has about 1,300 breweries, and many of them use Maris Otter. One of those is The Kernel in Bermondsey, South London. “One of the joys of brewing in England is that we have all this access to this wonderful malt,” says Evin O’Riordain, owner and head brewer at The Kernel. “The best? I wouldn’t shy away from making that claim.”

Given Maris Otter’s past, you can’t blame Appel for keeping a close eye on its future. He says that you’ll never find it grown outside of the UK, not because it couldn’t be, but because he wants to retain full control. “The problem is that there would be some maverick producing it and undercutting the market,” he says. “If you trash malt price sufficiently, you’ll kill it stone dead. Farmers won’t grow it.”

That would be a shame, given that the time appears ripe for malt to get the attention it deserves. “The whole market is driven by a fascination with the flavors of hops, which is good,” says Dorber, “but it will swing back and [soon] we will give malt its proper place as the cornerstone of beer’s flavor.”

That would provide ample reward for what has become Appel’s life work. “When I first got the project, I thought: This will be a useful step up into the malting barley business. If it lasts five years, I’ll count myself lucky. I’ve done 25!” he says. “Our slogan is: ‘the most revered, the most celebrated, the most famous barley in the world.’ I think that sums it up.”

Will Hawkes is a freelance journalist and the author of @craftbeerlondon. He contributes to The Washington Post, The Financial Times, The Independent (of London) and The Age (of Melbourne). He was British beer writer of the year in 2013.