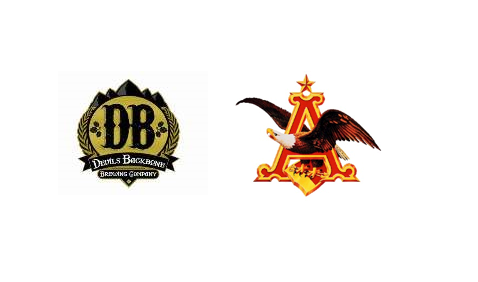 NEW YORK and LEXINGTON & NELSON COUNTY, VA.—Today, Anheuser-Busch announced an agreement to acquire Devils Backbone Brewing Company, the leading and fastest-growing craft brewery in the state of Virginia. Devils Backbone will be the latest partner to join the diverse portfolio of craft breweries within The High End, the company’s business unit comprising unique craft and import brands.

“I am extremely pleased to announce the partnership of Devils Backbone Brewing Company with Anheuser-Busch. While we are joining a creative group of craft breweries in the division, Devils Backbone will retain a high level of autonomy and continue its own authentic DNA within The High End framework,” said Steve Crandall, co-founder and CEO of Devils Backbone Brewing Company. “The existing management team plans to stay on board for many years, while continuing to innovate and bring locally crafted Virginia beer to the nation.”

In 2008, founders Steve and Heidi Crandall opened the doors to Devils Backbone Brewing Company in the Virginia Heartland, after being inspired by a ski trip to northern Italy in 1991 where they had their first taste of Germanic style beer. After success with the first brewpub, Basecamp, the decision was made to break ground on the Outpost facility, in Lexington, Virginia. Originally projected to produce 10,000 barrels of beer in its first ten years, the Outpost produced almost 45,000 barrels in its first three. Steve credits much of this early success to the excellent network of distributors within his system, which is weighted heavily towards Anheuser-Busch.

Today, the Outpost Brewery & Taproom in Lexington serves as the primary production brewery while the Basecamp Brewpub & Meadows in Roseland, serves as a visitor destination. Devils Backbone takes full advantage of the scenic 100-acre Basecamp property surrounded by the Blue Ridge Mountains, offering a variety of opportunities for guests to enjoy the outdoors. In 2015, the two locations hosted more than 500,000 guests.

“Devils Backbone has captivated beer drinkers in Virginia since opening its doors eight years ago,” said Felipe Szpigel, President, The High End. “From the beginning, they have shown creativity and talent with the great beers they brew, and they’ve been able to use the authentic offerings at Basecamp Brewpub & Meadows to cultivate a fun, outdoor lifestyle that resonates with everyone. Pair these qualities with dynamic leadership and a dream to do something bigger, and you have the recipe for an even more promising future.”

First Beverage Group acted as financial advisor to Devils Backbone Brewing Company. Anheuser-Busch’s partnership with Devils Backbone is expected to close in the second quarter, subject to customary closing conditions. Terms of the agreement were not disclosed.

Devils Backbone beers are inspired by the great brewing traditions of Europe and the ingenuity of modern craft brewing. Devils Backbone has earned numerous accolades for its beers, exceling in the art of lager brewing in an ale-dominated industry. The brewing team has received awards from the World Beer Cup,Australian International Beer Awards, medals from the Virginia Craft Brewers Fest, and the Great American Beer Festival, including national titles for GABF 2014 Mid-Sized Brewing Company and Brew Team of the Year, 2013 Small Brewing Company and Small Brewing Company Brew Team of the Year, and 2012 Small Brewpub and Small Brewpub Brewer of the Year.

For more than 160 years, Anheuser-Busch and its world-class brewmasters have carried on a legacy of brewing America’s most-popular beers. Starting with the finest ingredients sourced from Anheuser-Busch’s family of growers, every batch is crafted using the same exacting standards and time-honored traditions passed down through generations of proud Anheuser-Busch brewmasters and employees. Best known for its fine American-style lagers, Budweiser and Bud Light, the company’s beers lead numerous beer segments. Budweiser and Bud Light Lime Lime-A-Rita were named Brands of the Year for the Beer and the Spirits, Malt Beverages and Wine categories, respectively, by Ace Metrix® in 2014.  Anheuser-Busch is the U.S. arm of Anheuser-Busch InBev and operates 17 local breweries, 21 distributorships and 23 agricultural and packaging facilities across the United States. Its flagship brewery remains in St. Louis, Mo., and is among the global company’s largest and most technologically capable breweries. Visitor and special beermaster tours are available at its St. Louis and five other Anheuser-Busch breweries. For more information, visit www.anheuser-busch.com.

About The High End

The High End is a business unit of Anheuser-Busch, created to provide its unique craft and European import brands with autonomy and support for growth, while fostering a collaborative environment for the brightest brewers in the beer community. The High End brings dedicated resources to support the growth of its brands, create successful partnerships and deliver more variety to consumers. Established now, The High End includes brands such as Stella Artois and Shock Top, along with craft breweries Goose Island, Blue Point, 10 Barrel, Elysian, Golden Road, Virtue Cider, Four Peaks and Breckenridge Brewery.