Sponsored: Oskar Blues Explores the Perks of Having an In-House Coffee Roaster

All About Beer Magazine's Beer from the Source
March 22, 2017 Sara Pletcher 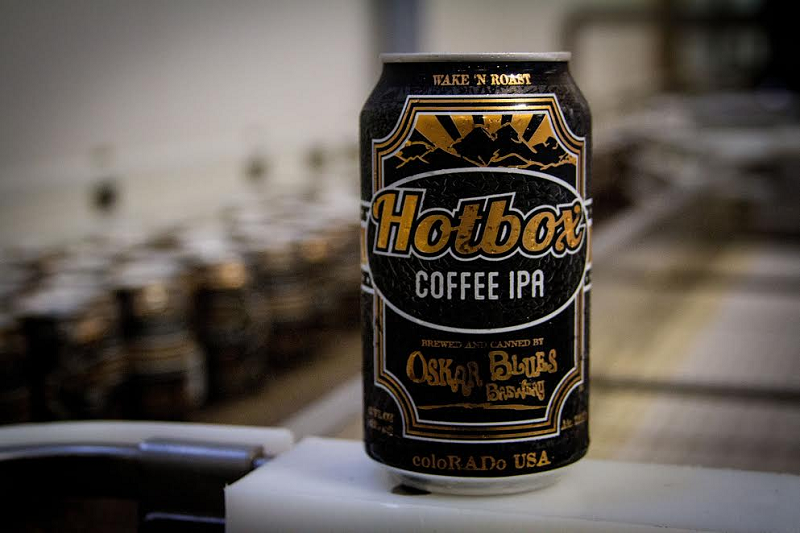 While coffee beers are increasingly common, few breweries use an in-house coffee roaster to source beans from family farms in Ethiopia.

“There’s only a finite amount of this coffee in the world,” says Matt Herren of Hotbox Roasters. The company was founded in 2015 by Oskar Blues Brewery founder Dale Katechis, after he bought and learned how to roast on a small roaster as a hobby behind the brewery in Longmont, Colorado.

Herren isn’t being hyperbolic. This particular bean is grown and harvested on a family farm near the community of Banko Gotiti, located in the southern district of Gedeb, Ethiopia. Bedhatu Jibicho, now in her 80s, has almost single handedly run the farm since the 1960s. Her three children (with degrees in forestry, social and environmental development and business management) have recently returned to grow the family business. So minimal is the quantity, Hotbox Roasters can’t even package the beans in its Crowler cans, which it sells through a subscription coffee service and in its two-month-old brick and mortar location in Denver’s RiNo (River North) arts district.

Limited though it is, Hotbox Roasters worked with a coffee sourcer to acquire enough beans for its latest release, Hotbox Coffee IPA. Herren collaborated with head brewer Tim Matthews on the beer.

“We were not just looking at roast characteristics, but what coffee people get excited about,” says Herren. “We [are] typically looking for coffees that score high with little or no defects–coffees that stand out on a cupping table from other coffees from the same region.”

“We’ve been looking to use Simcoe hops for a while,” says Matthews. “Simcoe has the ability to always be potent, but play well with others.”

Working with Hotbox Roasters allowed Matthews and his team the chance to seek out beans with aromas and flavors that would work specifically with the beer’s recipe, as opposed to the coffee being an afterthought.

“The beans offered an array of sensory perception,” adds Matthews. “It’s about finding coffee-derived flavors that work with the hops. The citrus zest from the coffee is very unique. It will definitely surprise people.”

Brewers of both bean and beer scrutinize water quality and chemistry, and the Hotbox Coffee IPA collaboration called for a change to the brewery’s house water profile. Whereas Oskar Blues usually prefers a 1:1 ratio of chlorides to sulfates in its water, they tweaked it to favor chlorides “to prepare for the bitterness perception from the cold brew,” according to Matthews. 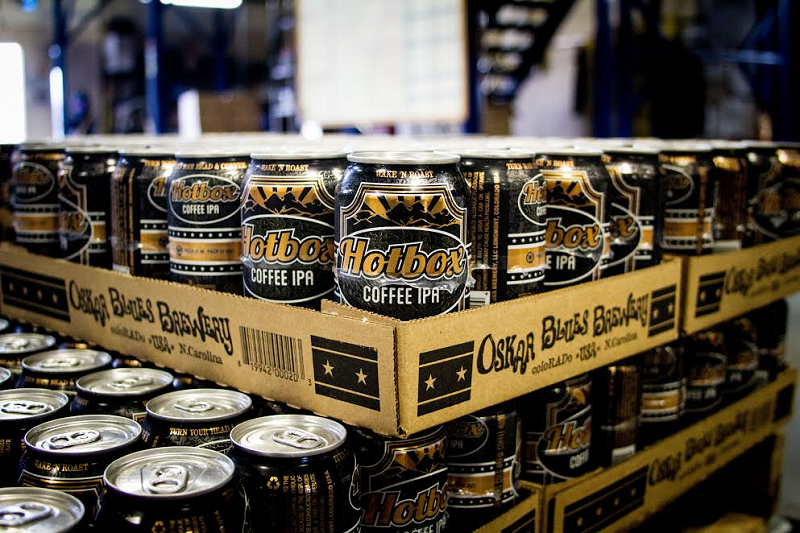 Hotbox Coffee IPA was first brewed at its pilot and small batch facility in Lyons, Colorado, a town of 2,000 people. With larger, full-scale breweries in Longmont, Colorado, Brevard, North Carolina, and Austin, Texas, Oskar Blues released Hotbox Coffee IPA with parties in all three taprooms on Feb. 24. Coming in at a 7.2% and 70 IBUs, Hotbox Coffee IPA is nationally distributed from now through May on draft and in four-packs of 12-ounce cans.

“Oskar Blues is as committed on the coffee side as the beer side,” says Chad Melis, marketing director at Oskar Blues Brewery. “It’s a unique situation and a lot of breweries don’t have this kind of opportunity.”

The next immediately distributed opportunity is its Hotbox Coffee Porter, available in 12-ounce cans from September through November, while ongoing taproom-only specialties like Barrel-Aged Java Ten FIDY Imperial Stout keep its brewers and taproom visitors stoked on small-batch offerings. Expect to see more collaborations between the brewery and Hotbox Roasters in the future.

“The beauty of having the Hotbox Roasters brain trust in the building creates endless trials, collaboration and challenges of what is expected in the interaction between coffee and beer,” says Melis.