All About Beer Magazine's Beer from the Source
December 12, 2016 Anne Fitten Glenn 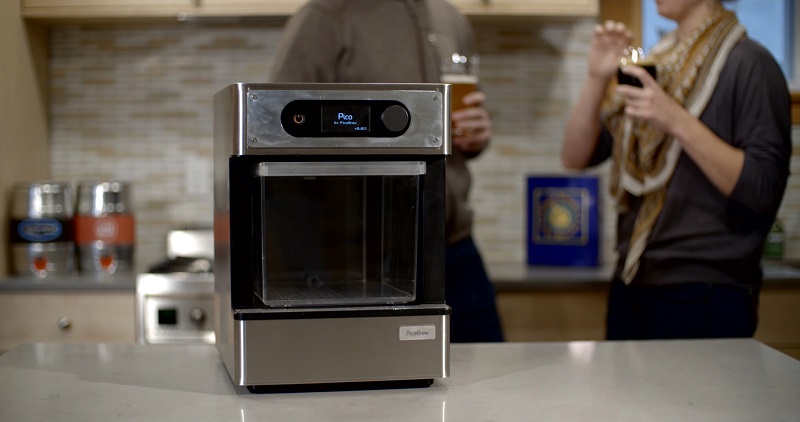 Drinking local has become standard practice for much of the country, especially among beer aficionados. At the same time, craft beer folks crave variety, as evidenced by that fact that every U.S. Chamber of Commerce with a brewery in its boundaries—which is many of them—now pushes beer tourism. While visiting your favorite breweries can’t be replaced, what if you could brew a fresh beer yourself—one that you can’t buy where you live and that matches the brewery’s own recipe? Well, now you can—and you can do it with the blessing of the breweries involved.

The company PicoBrew has invented a home brewing appliance that’s practically foolproof (it’s called the Pico). And they have contracted with, so far, more than 150 breweries across the world, both big and small, to replicate their best-selling recipes for this device.

“PicoBrew was very conscientious in making sure we liked how their version of our beer was turning out,” says Kevin Forhan, head brewer at Seattle’s Flying Bike Cooperative Brewery about their Pale Hoppy Thing beer. “It was delicious, a little different of course—how could it not be? It’ll be a little different every time, for everyone who brews it out of that package. But it very much catches the spirit of the beer as we intend it, and we’re proud to have our name on it. We’re craft brewers. We don’t expect every pint to be the same as the last, necessarily, let alone every batch, let alone when brewed on a small, high-tech, semi-automated home brewing system. Beer is alive. It can’t be controlled. It’s home brewing. It’s beautiful.” 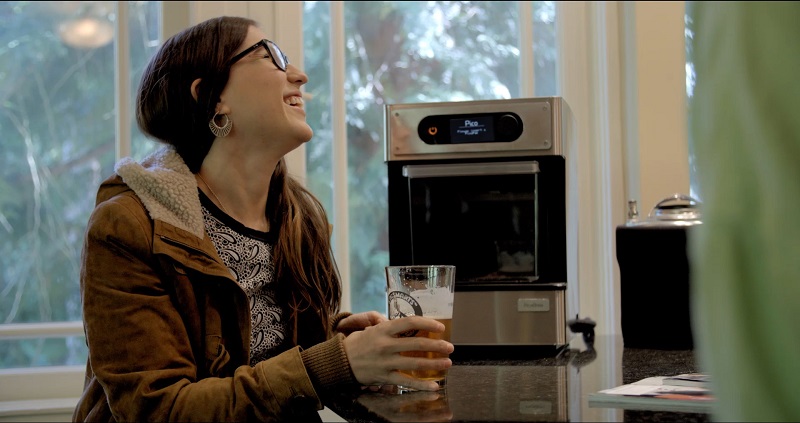 The Pico is basically the Keurig of brewing equipment but with some customization options. Customers purchase the machine, and then they order PicoPaks—the beer equivalent of Keurig cups—from an ever-expanding list. Each biodegradable Pak has a RFID chip that communicates between the company’s servers and the Pico to brew the beer. So whether it’s a stout or a pale ale, the device brews according to the brewery’s specifications—including mash and fermentation temps and times. Recipes stay confidential—the user can’t access them. Paks are all grain—no liquid extracts here. PicoBrew goes so far as to include water amendments in each Pak to mimic the brewery’s water profile as closely as possible. The beer pretty much brews itself, although unlike a Keurig you can adjust each Pak’s alcohol percentage and bitterness level.

“The breweries we work with really respect the extra steps we take to make their PicoPaks taste as similar as possible to their beers,” says Lindsey Scully, PicoBrew’s marketing coordinator. “We send samples of their Pico-brewed beer to every brewery for them to approve before we produce the PicoPak. We currently have more than 100 recipes in the pipeline for approval.” 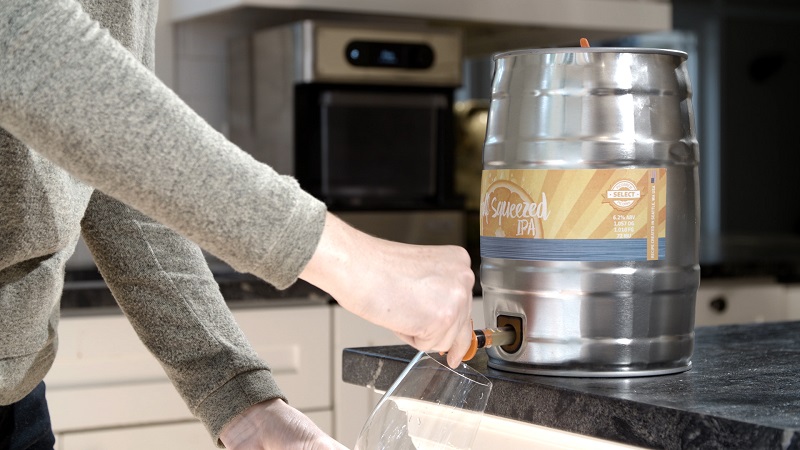 Brew Master Barry Chan of Lucky Envelope Brewing has been working with PicoBrew since they introduced their first product, the Zymatic, a couple years ago. Two of his recipes are now available as PicoPaks.

“I’d be lying if I didn’t say there was some worrying involved initially,” Chan says. “Many of those doubts were allayed when I was able to taste some early batches from the Pico. Throughout the sampling process, the beers have always tasted great. ENIAC Mosaic IPA and Helles Lager PicoPaks are very close to our production batches. It may seem obvious, but there’s a lot of equipment we use during our standard brew day that isn’t part of the Pico. PicoBrew was able to replicate a great deal of our beer’s character by tweaking our brewery processes to match the capabilities of their much smaller system.”

Participating breweries actually receive a royalty from every one of their PicoPaks sold, so they have incentive to publicize their participation.

“We thought this would be a great way to tap into a DIY marketplace to share our beers directly with beer lovers,” says Celeste Beatty, chief business officer at Harlem Brew. “We worked closely with PicoBrew’s Master Brewer Annie Johnson, and she incorporated the same ingredients we use in our original recipe, only on a smaller grain bill (for Harlem’s Renaissance Wit).” 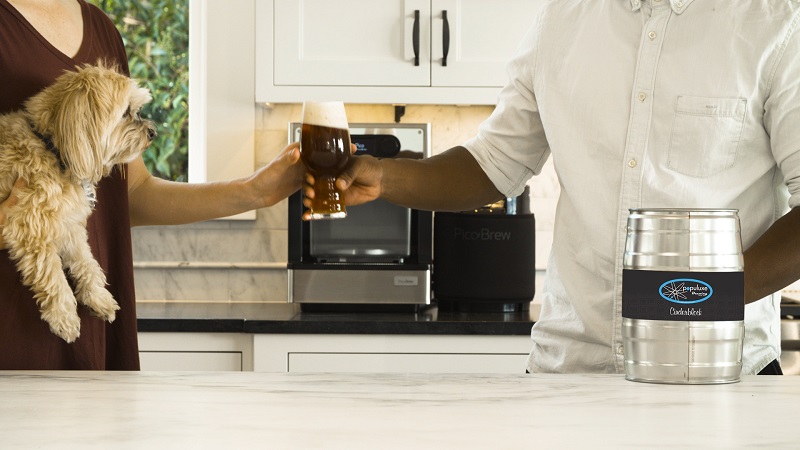 While the Pico has only been available to the public for a month, the company has had feedback from testers, media, and many of their Kickstarter contributors about the homebrew machine. Favorite recipes so far include: Tallgrass Brewing’s Buffalo Sweat Oatmeal Cream Stout (Manhattan, Kansas), Lucky Envelope Brewing’s Mosaic IPA (Seattle), Rogue Ale’s Dead Guy Ale (Newport, OR), and High Water Brewing’s Central Valley Red Ale (Chico, California).

“The opportunity to, in effect, license a recipe of ours to a separate, for-profit entity did bring up some questions for us. In the end, we decided it was about fun, about a beautiful package with our colors and logo and the message of the co-op, sent out all over the world in the form of a nice little hoppy pale ale recipe,” Forhan says. “Why not? We like to think our modest neighborhood cooperative brewery is about having a bit of fun making beer and bringing people together, the way beer tends to do, and we could think of PicoBrew as doing that on a larger—even international—scale.”