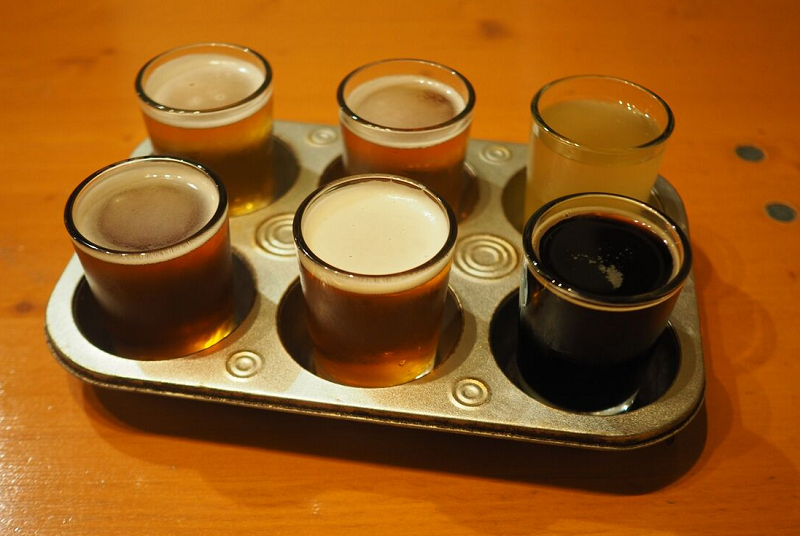 Wherever beer is sold on the Hawaiian island of Maui, you’re likely to find at least one choice from Maui Brewing Co. Black-topped cans of Bikini Blonde Lager, Coconut Hiwa Porter and Big Swell IPA are ubiquitous in convenience and grocery stores, and draft offerings are plentiful at restaurants and bars. But to sample beyond the core lineup, visit the brewpub in Lahaina or the new production brewery in Kihei (the brewery also has a location in Honolulu, on the island of Oahu). At the Kihei brewery and tasting room (mauibrewingco.com; 605 Lipoa Parkway), visitors can grab a bite to eat from a food truck and relax on the patio while enjoying the view of Haleakalā, Maui’s 10,000-foot-tall volcano. The brewery is open every day, and a flight of six 4-ounce beers (served in a muffin pan) is $14.–Jon Page

Brilliant gold in color, this small-batch release is the base beer for Maui Brewing’s Lemongrass Saison, brewed in collaboration with The Lost Abbey. A mild barnyard aroma and a sweet finish make this a refreshing thirst quencher on a hot day.

The name is inspired by the Hawaiian dessert shave ice, in which syrups are poured over finely crushed iced. Brewed with a house-made syrup, the beer is a hazy golden color with a nonexistent head. The sweet and sour taste of a lemon Sour Patch Kid candy make it hard not to smile when drinking this beer.

Less is more in this deep golden, almost amber ale. The addition of local honey from Maui’s Best Honey LLC adds a pleasing but faint hint of sweetness.

A recent taste of a canned version of this beer had our beer editor wondering why this wasn’t labeled as an amber
ale. A draft sample led to a similar query, but it’s still an enjoyable rye ale worth tasting.

Aromas of tropical fruits emanate from a dense, foamy head. Passion fruit and pineapple lead the way, followed
by grapefruit. On the palate, the hops play nicely with a strong malt bill that make this double IPA dangerously drinkable.

After one whiff and one sip, it’s easy to see why this amped-up version of Maui’s Coconut Hiwa Porter earned a gold medal in the field beer category at the 2016 Great American Beer Festival. It’s dark as night, and the expected coconut is ever-present in the aroma and taste, along with dark chocolate. A decadent dessert unto itself.