Sponsored: From Hop Fields to Homebrewers

All About Beer Magazine's Beer from the Source
December 20, 2016 Anne Fitten Glenn 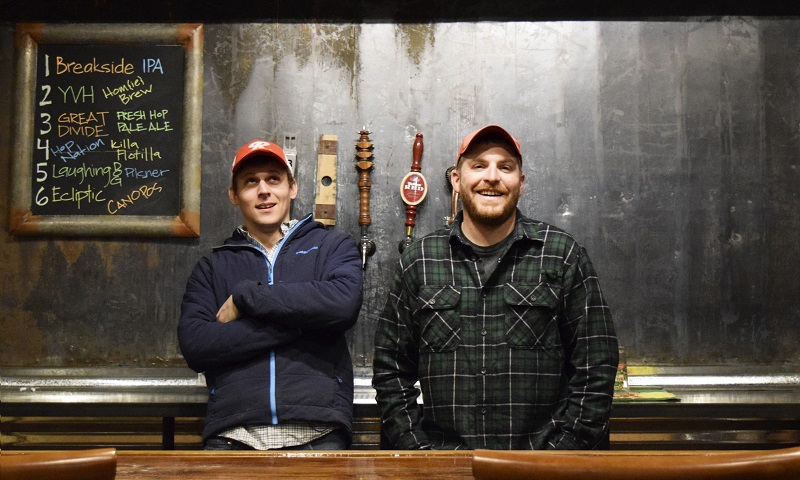 You’re a homebrewer and you live in the motherland of hop production, but you can’t get your hands on any of the fresh cones growing all around you. What do you do? If you’re John Snyder and Jeff Perkins, you start a business as the hops pushers between the Yakima Valley, Washington, farmers and the homebrewers of the world.

The lifelong friends started Yakima Valley Hops in Perkins’ dad’s garage in 2010. Both were born and raised in Yakima. Although they’d been around hops their entire lives, it wasn’t until they bought a homebrew kit in college, but couldn’t find hops for it, that they started thinking much about this beer ingredient. Luckily, they had a friend whose business was hops storage. That friend gave them a 10-pound bag of hops. Of course, they only needed a few ounces for their homebrew.

“We were in college, and we weren’t going to take the frozen pizza out of the freezer to make room for hops,” says Snyder, Yakima Valley Hops co-founder and owner. “So, we took the hops to our local brewery, Iron Horse, and they traded us growler fills for them. We were like ‘This is great! We don’t need to make beer, we can trade hops for beer.’”

It didn’t take long for Iron Horse to realize the guys were drinking more beer than the hops were worth, and they stopped bartering. Their friend with the hops storage stopped giving them hops but agreed to sell to them. Perkins and Snyder set up shop in the garage with a laptop, a home scale, a vacuum sealer, cold storage, and an eBay account. Turns out, the demand was there.

“We bought all the second-hand freezers we could find,” Snyder says. “We were running extension cords to Jeff’s dad’s house. We were blowing breakers and mailing hops like crazy.”

After close to two years, Perkins’ dad told the guys they had to relinquish his garage (and his electrical outlets).

“We moved into this old canning warehouse. It probably looked from the outside like we were selling kidneys,” Snyder. “We were broke, but we timed it right with the craft boom from homebrewers to craft brewers. Homebrewers needed a voice in Yakima … even the smaller craft brewers here were getting thrown into secondary market. We wanted to help.” 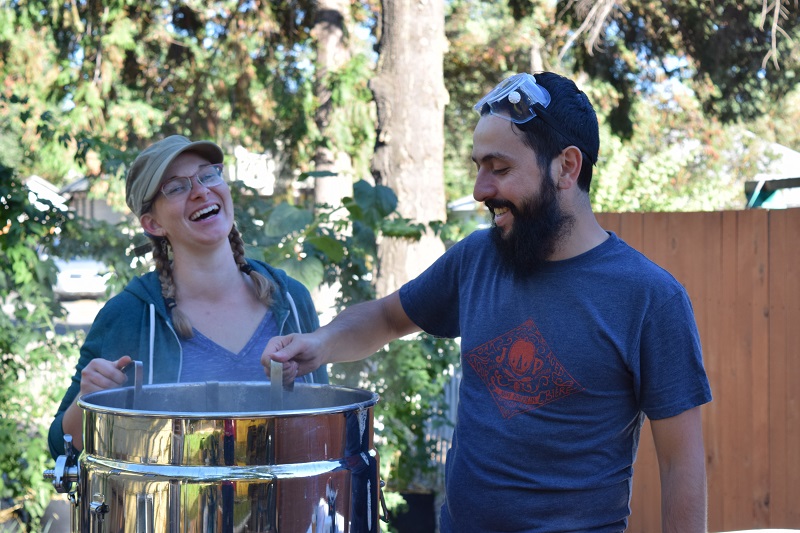 After their homebrewer friends kept coming by and buying up all their stock, they opened a retail shop in the warehouse. Now folks can come in and peruse up to 150 different hop varieties, both pellets and cone/leaf varieties, plus a wide variety of other brewing ingredients and equipment. Even so, around 95 percent of sales take place online, per Kaleb Schwecke, marketing director at Yakima Valley Hops. The company ships worldwide to 30 countries and to more than 20,000 homebrewers.

Even so, the owners pride themselves on remaining small and individualistic. Although the business has grown quickly, they only employ a staff of 10—up eight from just a few years ago. And the owners have their hands in most of the transactions, especially with the region’s farmers. 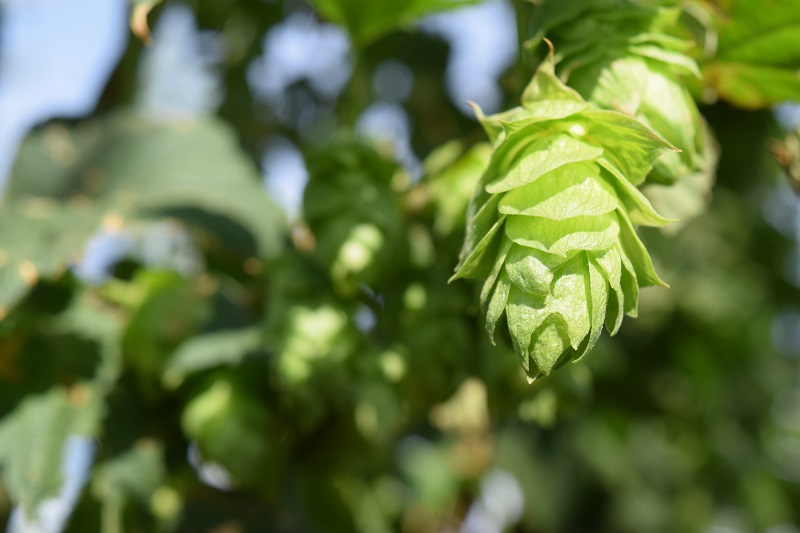 As they like to say, “No farmers, no beer.” Yakima Valley Hops partners directly with the producers–walking the fields during harvest, rubbing and smelling the hops on the bine and right out of the kiln, and then testing them in their brews.

“We provide the highest quality hops direct from the source. Our hop leaf is harvested, kilned, and sold immediately. Its picked at the primo time when the hops have the most oils,” Snyder says. “The only times the hops are on a truck are when they are coming directly from the kiln and then when they are going out to ship to the homebrewer.”

Those relationships with the farmers took time to develop, but the business now has a large group to work with and source from. The farmers themselves get value from having the Yakima Valley Hops team get their hops out to homebrewers for testing and feedback.

“We now have access to mass amounts of experimental hops,” Snyder says. “The homebrewers love that. They can say, ‘I was brewing with that when it was an experimental.’”

He adds: “Homebrewers want the best ingredients. This is their hobby. They are using their disposable income, and we take that seriously. A lot of emotion goes into it. They’re excited when they get a delivery from us, and we definitely don’t want to disappoint.”