When a Struggling Yuengling Rushed Toward the Light 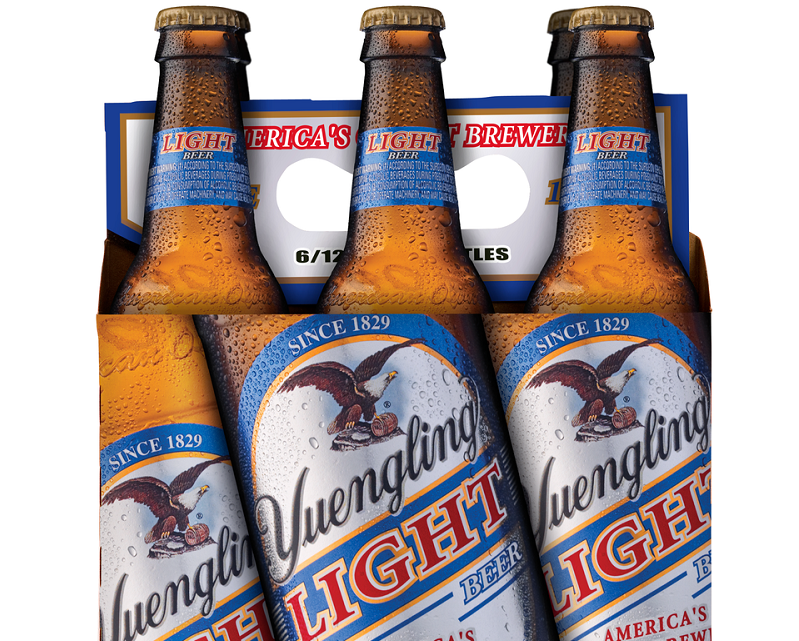 On June 25, 1986, a Wednesday, D.G. Yuengling & Son started production on its first-ever light beer. It called it, simply, Yuengling Premium Light, a lower-calorie variation on what was one of its most popular offerings, Yuengling Premium.

It was an auspicious event for what by then was the oldest brewery in the United States. The Pottsville, Pennsylvania, operation dated from 1829, and had not introduced a new beer to its lineup in around a century. Introduce Premium Light, the brewery did, though, with radio spots as well as big print advertisements, including a full-page one in the Pottsville Republican that cost $650.

That ad featured employees of the brewery and members of the Yuengling family. Fifth-generation owner Dick Yuengling Jr. had taken over the brewery from his father only the year before, at a time when it looked like the company would soon join the ghostly ranks of other regional operations in a rapidly consolidating American brewing industry.

Yuengling was nearly bankrupt, producing on average about 137,000 barrels annually and barely distributing it beyond Pennsylvania. Indeed, it would be a big deal when Yuengling reached Ohio, just to the west of its home state. In a bid to save the brewery, Yuengling the man continued the technical modernization that his father had started. He also ramped up production and introduced new products such as a so-called Black & Tan, a combination of existing lager and porter recipes.

As for Premium Light, the reason for that introduction 30 years ago was blindingly obvious: Light beer was the most popular style in the U.S. at the time. Miller Lite’s debut in 1975 had touched off a veritable arms race in light-beer brands among the nation’s biggest breweries, and that rush had filtered down to much smaller competitors such as Yuengling.

“Every time you turn on the TV or watch a baseball game, what do you see?,” Dick Yuengling Jr. asked rhetorically of a Philadelphia newspaperman at the time. “A light beer ad.”

Yuengling, the man and the brewery, had no intention of belting the likes of Miller Lite and Bud Light from their commercial pedestals. Miller Lite, for instance, had rolled out nationally in 1975. Yuengling just hoped to make inroads into New England.

Ray Norbert, Yuengling’s longtime brewmaster, was skeptical of the idea. Most American light beers had so far tasted a step removed from water and he did not want that. He secured a commitment from his boss to slow the brewing process to impart more character to the beer. And out went Premium Light in the summer of 1986, 30 years ago.

It did well enough commercially to remain in the brewery’s lineup to this day. But it was not the beer that led Yuengling’s turnaround from teetering regional to voguish craft brewery. That beer was Yuengling Traditional Lager, introduced a year later.

Interestingly, in 1991, Yuengling would introduce a lower-calorie version of that smash hit, Yuengling Light Lager. It was not to be confused with the original spark.