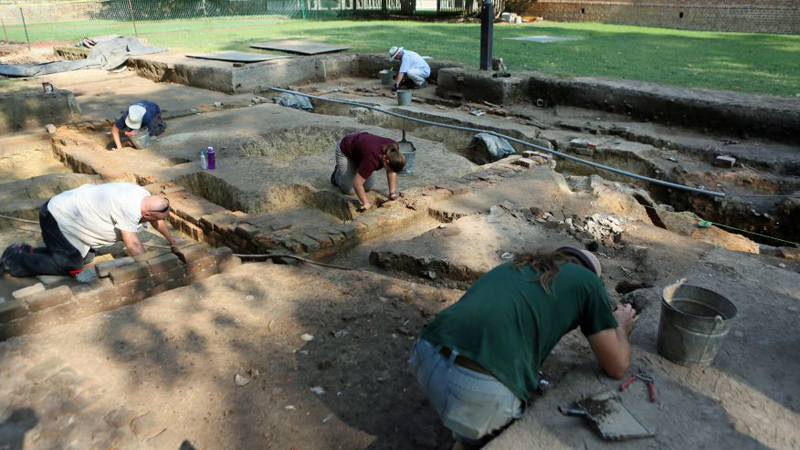 Many universities are offering brewing programs today, but a discovery at The College of William & Mary in Williamsburg, VA, predates them all—by a few centuries. While working on widening a sidewalk outside the Wren Building, the oldest college building in America, 18th century remains of an on-campus brewery were unearthed.

The college has a history of beer—records have shown that slaves from a nearby plantation sold the school hops—but until now the location of the Colonial-era brewery was unclear.