Animal Advocacy Gets a Boost from Beer

Joe Dinan and Lisa McDonald had one goal when moving from Chicago to North Carolina: buy a small farm to rescue and foster animals. Their love for beer and passion for homebrewing didn’t get left behind, though, and it crept into their aspirations.

“We talked about opening a brewery, and how cool if would be if we could make a bunch of money from it and then open an animal sanctuary,” says McDonald.

A lightbulb went off. They decided to do both at the same time by leveraging the business to help more animals and opened Sanctuary Brewing Co. in downtown Hendersonville, North Carolina, in August 2015.

The animal advocacy focused brewery partners on dozens of sanctuaries and rescue groups for fundraisers and events. Every Saturday, they offer Yoga with Cats, where adoptable felines from Blue Ridge Humane Society join in on the class to get much-needed socialization. All proceeds benefit the shelter, and Sanctuary covers half the adoption fee if yogis decide to adopt a cat. 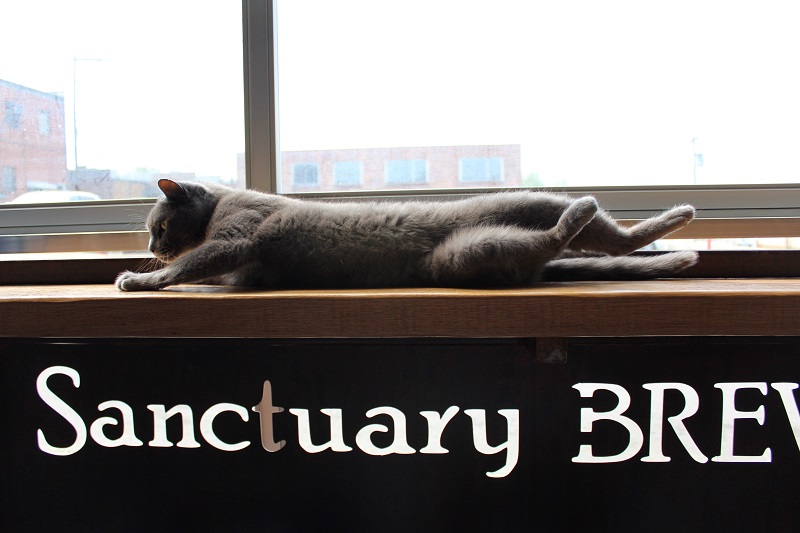 They host weekly dog adoptions and a monthly Pup Crawl, where volunteers walk down busy Main Street with adoptable puppies. Serving vegan food to accompany the beer is also important to both McDonald and Dinan. Taco bars and build-your-own hot dog nights, along with a menu of appetizers, pizzas and sandwiches, are entirely plant-based with no animal products.

McDonald feels there is an absolute link between beer and animal advocacy. “Both of these things are so conducive to a happy and relaxing lifestyle,” she says.

The collision of these two passionate worlds seems like more than just another trend in the beer industry, instead an organic, destined pair.

“The demographic of craft beer tends to be people who care about sustainability,” says Valerie Green of Flat12 Bierwerks in Indianapolis. “They care about animals, and animals are a part of their family.”

That’s precisely why Flat12 is a welcome space for animals. Its annual Dogapalooza lets brewerygoers share a pint with their furry friends by serving a healthy, nonalcoholic beer brewed for dogs. All money raised goes to helping local shelters, and the brewery ends up with truckloads of shelter supplies from donations. Pints for Parks is a regular event held at the brewery to raise money for Broad Ripple Dog Park.

At Boulevard Brewing Co. in Kansas City, Missouri, employees volunteer to foster animals and have gotten dozens of dogs adopted by simply bringing the dogs into work with them.

“I think people are passionate about animal adoption and shelters and big on community and helping local,” says Julie Weeks of Boulevard. “That’s reflective of the craft beer industry in the country.”

Boulevard gives 10 percent of proceeds from its KC Pils to charity, including animal organizations such as the KC Pet Project, which cares for 10,000 animals per year.

The positive impact these and other breweries are making truly resonates and make a difference with the shelters and organizations with whom they work. “Every summer I am inspired by the outpouring of love and generosity that we see through the Happy Tails Happy Hour series,” says Amanda Williams, development and event coordinator at Humane Society of Boulder Valley in Colorado. The annual summer series partners with local breweries to raise money for the shelter from beer purchases or sales of pint glasses with dog- and cat-centric artwork. Gravity Brewing, Wonderland Brewing and 4 Noses Brewing are some of the Colorado Front Range breweries that participated last year.

Williams says it’s the parallel missions that make partnering with breweries a seamless fit. They strive to enhance the lives of companion animals by promoting healthy relationships between the pets and people.

“Similarly, the foundation of craft beer is to pursue the love and dedication of small batches of unique brews all while bringing people together in the community,” Williams says. 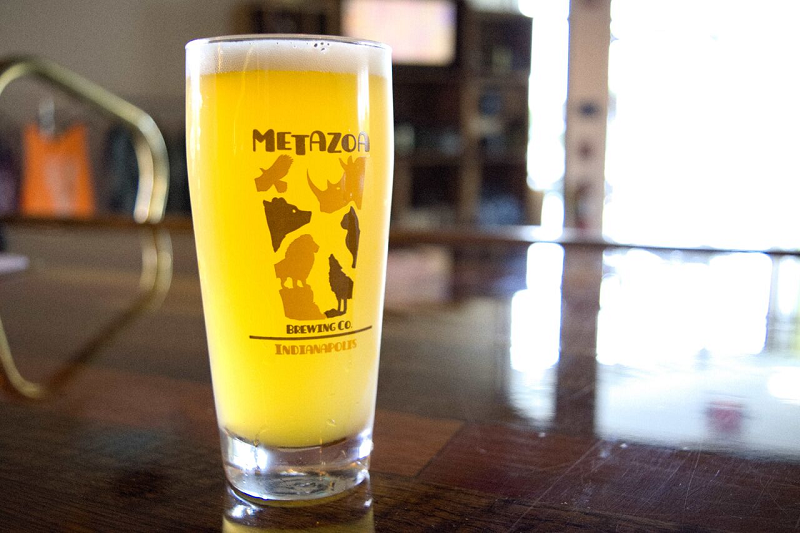 Dogs and cats may be the popular focus at most breweries, but Metazoa Brewing Co. in Indianapolis expands its efforts much further. The Elephant Sanctuary, Save the Chimps and Red Wolf Sanctuary are just a few of the organizations that benefit from the brewery’s 5 percent donation program. The pet-friendly brewery goes beyond welcoming dogs and often sees pet rabbits and even an occasional bearded dragon lizard on a leash.

“The people who are excited about beer are naturally excited about helping animals and making your community a better place,” she says. –Kristen Kuchar