A beer for the Klingons

All About Beer Magazine - Volume , Issue
July 26, 2014 By Heather Vandenengel 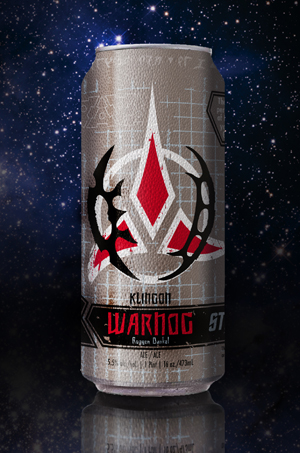 Canadian-based company Federation of Beer, with the permission of Star Trek and in partnership with CBS Consumer Products, debuted a Klingon beer called Warnog. Brewed by Tin Man Brewing in Evansville, IN, Klingon Warnog is a dunkelweizen style, brewed with rye, Munich, wheat and caramel malts and clocking in at 5.5%. It’s the second Star Trek-themed release from the company, but the first available in the U.S. Last year it released Vulcan Ale, a 5.4% Irish red ale that was brewed in celebration of the town of Vulcan, Alberta’s 2013 centennial celebrations.