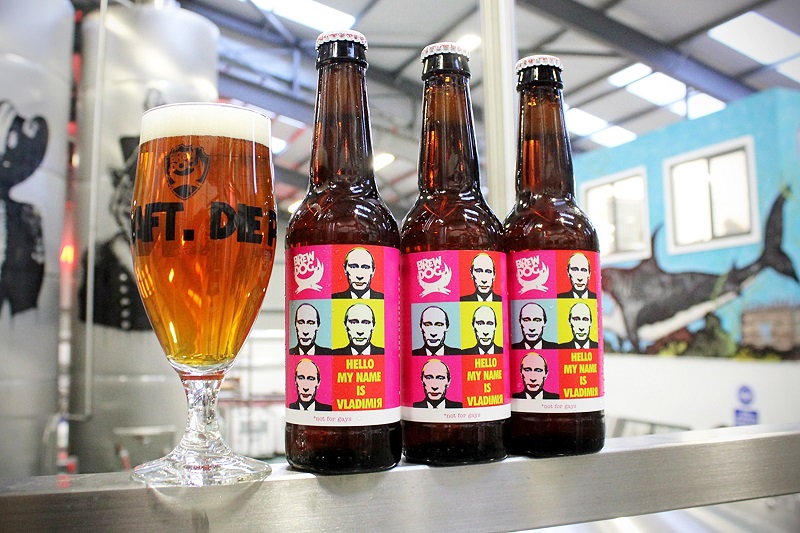 Bright squares of pink and yellow, blue and red, and in them not Andy Warhol’s Marilyn Monroe but drawings of Vladimir Putin. Each version of the Russian president features contrasting colors painted across his hair, his eyes, his lips. And below all of them, a three-word disclaimer: “Not for gays.”

It’s the label art for BrewDog’s Hello, My Name Is Vladimir, a beer the Scottish brewery put out just before the 2014 Winter Olympics after Russia banned the distribution of propaganda relating to “nontraditional sexual relationships.” BrewDog billed it as the world’s first protest beer.

The beer was the fifth in the Hello, My Name Is series, all of which feature ingredients from the namesake’s country. Hello, My Name Is Vladimir was brewed with limonnik berries, which, according to Russian folklore, are said to enhance male sexual performance.

The response to the beer was overwhelmingly positive, according to Richard Taylor of BrewDog.

“It was incredible; we were flooded with tens of thousands of tweets in support,” says Taylor in an email. “It just goes to show what craft beer—or any industry really—can do when given the chance to fight oppressive legislation and people get behind it.”

Whether BrewDog’s beer was the first protest beer or not, it certainly wasn’t the last. While some brewers are catching heat for offensive labels, other breweries are using their labels to draw attention to subjects they find offensive. In this politically charged world, it should come as no surprise that protest beers are now a thing.

And, given how polarizing politics can be, the response to these beers is not always positive. Such was the case when The Unknown Brewing Co. in Charlotte, North Carolina, first released its Dirty Commie Heathen. The label for the Russian imperial stout featured a cartoon drawing of Josef Stalin, his mustache a neon green.

Shortly after the label for the beer was posted online, the emails and comments began rolling in from people who felt the label glorified Stalin. Brad Shell, the brewery’s founder, soon found himself inundated with “whole-page diatribes” from people detailing all of the crimes against humanity committed under Stalin’s regime.

“And I would say, ‘Yeah, you could wrap it up in three words,’” says Shell. “Dirty. Commie. Heathen. We’re saying the same thing. This is us flexing what is great about America and capitalism. We have the ability here in America to put that on a beer. Dirty Commie Heathen is making fun of Stalin.”

Such labels aren’t reserved for figures from Eastern Europe, of course. When Republican presidential candidate Donald Trump characterized some illegal immigrants from Mexico as criminals and rapists, Chicago’s 5 Rabbit Cerveceria severed ties with Trump Tower, for whom the brewery was producing a house beer called Trump Golden Ale. 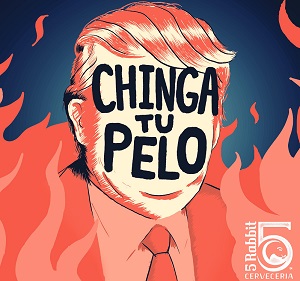 But Andrés Araya, the founder of the Latin American-inspired brewery, saw an opportunity. Rather than simply ceasing production of the beer, he renamed it “Chinga Tu Pelo,” which translates to “Fuck your hair.” Soon T-shirts and tap handles were sporting Trump’s much-discussed hairstyle. A portion of the beer’s proceeds was donated to the International Latino Cultural Center of Chicago.

The reaction to the name change was largely positive, though Araya estimates that 15 percent of the e-mails and phone calls were hateful messages from Trump supporters. Bar managers, on the other hand, couldn’t get enough of the beer. The beer will reach even more people this year when 5 Rabbit bottles it for the first time.

“In my mind, it didn’t make sense for us to stop,” says Araya. “The issue was still there, and it was still important for us to draw attention to it. For us, we’re protesting in the best way we know how. And that’s through beer.”

Renaming a beer “Chinga Tu Pelo” is one way to protest. Cloaking a bottle completely in white paper and adding two dark eyes so it resembles a Ku Klux Klan member is another. Omnipollo, a gypsy brewery out of Stockholm, Sweden, took this approach for its collaboration with Buxton Brewery in Buxton, England. The two breweries were participating in Siren Craft Brew’s rainbow challenge, which tasked 14 breweries with creating seven collaboration beers inspired by the colors of the rainbow. 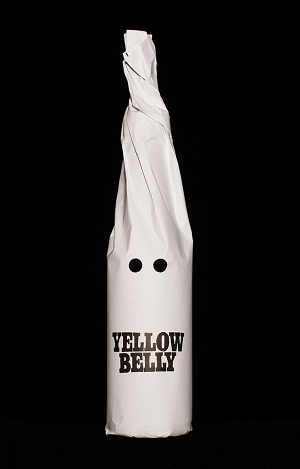 When the brewers from Omnipollo and Buxton Brewery drew yellow, they thought not of the actual color but of the word yellow’s connotation. And they thought specifically of the people who were supporting the Swedish Fascist party with their votes, yet unwilling to admit it publicly. The bottle’s packaging, the pale paper spiraling up its neck like a hood, was meant to represent what they saw as cowardice and anonymity.

At The Unknown Brewing Co., Shell hosts a big Fourth of July party every year, as well as fundraisers for the Wounded Warrior Project and Purple Heart Homes, a charity that provides housing solutions for disabled veterans. He is seriously patriotic, even if he doesn’t always show it in a serious way.

“We’ve said since day one that beer is supposed to be fun and relaxed,” says Shell. “When did everybody becomes so butt-hurt over every label or every nuance? When did everyone get so offended over rotten sugar water? This country is so worried about being offensive. What’s wrong with talking shit on Stalin?”