Ultra Rare Unless You’re There

Beers That Seldom Leave the Brewery

Beer educator and Beer Judge Certification Program master judge Bill Schneller isn’t at Widmer Brothers Brewing for the Soursop Hefeweizen or Wit Noir IPA. Those are sexy yet ephemeral one-offs from Widmer’s 10-barrel innovation brewery. He’s here for a pint of Widmer Alt, the altbier that launched this Portland, Oregon, brewery in 1984.

“As Doug will tell you, I love Alt so much that every time I go to the Widmer Brothers Pub, it’s generally all I drink,” says Schneller. “I wish they’d bottle it, but there would be about six of us in the market who bought it.”

Doug Rehberg, Widmer’s senior director of brewing and quality, explains why the company brewpub is the place to go to enjoy a pint of Widmer Alt, if not the only place. The ’80s gave rise to Widmer’s juggernaut American-style Hefeweizen, and Drop Top Amber has been the brewery’s second-best seller since the ’90s. And nowadays people evidently want IPAs, sour beers and whatever is new. Widmer bottled the Alt in the late ’90s as Springfest, but within a few years, Rehberg says, it was “mothballed.” As for pulling the plug on distributing Alt, Rehberg notes, “We didn’t make that decision so much as that’s what happened.” Widmer was originally self-distributed, but once distribution was sold to Maletis Beverage, sales of Widmer Alt “dropped off.”

As such, the sole place you’re guaranteed to find Widmer Alt is at the Widmer Brothers Pub—rare is the off-premises account that scores a keg. In this era where production breweries distribute beer farther and farther from home, some produce beers only (or predominantly) found at the source.

Same As It Ever Was 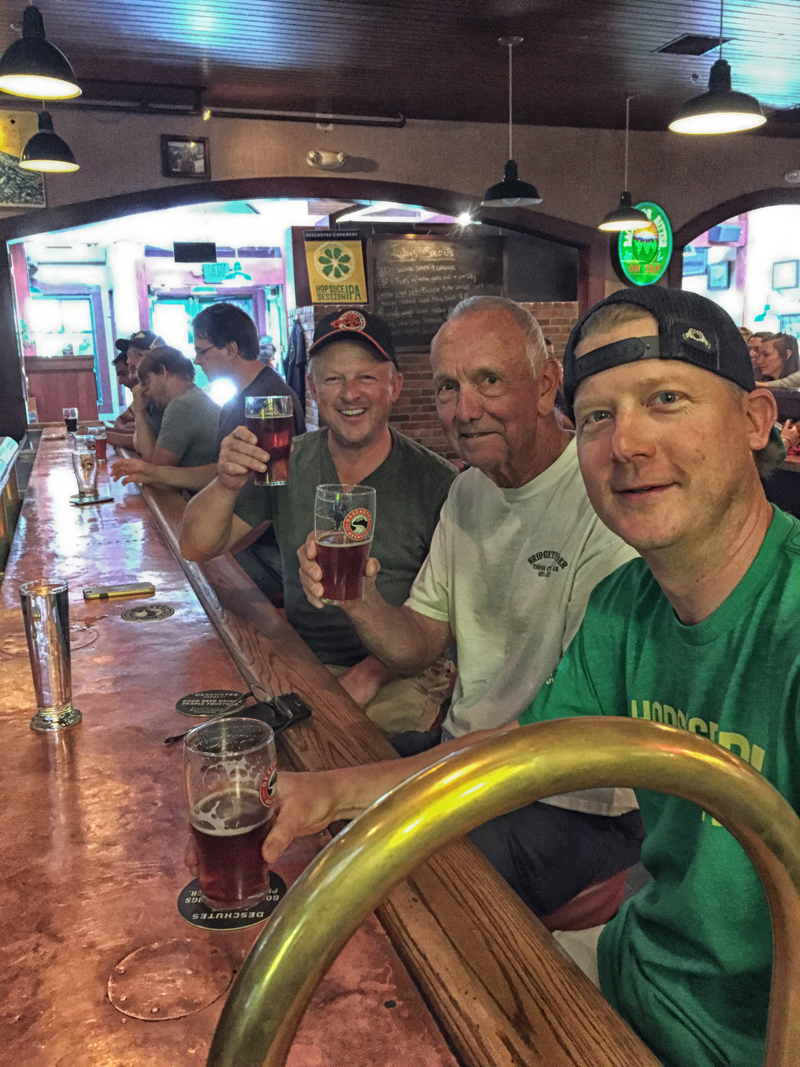 Why a brewery would make a beer but severely limit its audience, and along with that sales, may have as much to do with the beer as it does with who makes it. Take Deschutes Brewery, founded in Bend, Oregon, for example. It’s decades old, but still thriving by devising progressive recipes for today’s palates. Bachelor Bitter, one of the three beers Deschutes debuted with in 1988, simply didn’t fare well as a bottled brand. Perhaps that’s because Deschutes made its mark on the dark side with Black Butte Porter. And Mirror Pond Pale Ale was hoppier, to say nothing of the national popularity of IPAs such as Fresh Squeezed, which is part of the reason Deschutes will soon break ground on a second brewing facility in Roanoke, Virginia. Time will tell if Bachelor ever gets brewed there, but it’s a top-three seller in Bend among 24 taps. Founder Gary Fish says, “It’s a staple for our locals here in Bend. … I don’t have a good explanation why it didn’t take off. … We get bludgeoned every time it isn’t available.”

Devotee Bob Brubaker says, “To my taste [Bachelor] is the best-balanced beer around.” Robin Johnson, assistant brewmaster at the brewpub, a mile from the production brewery, says Brubaker “literally has Gary’s phone number on speed dial and will call him at the drop of a hat if Bitter isn’t on.”

Then again, some breweries could probably sell eisbock to the Inuits. At Russian River Brewing Co. in Santa Rosa, California, people may clamor for Pliny the Elder Double IPA or wild ales such as Temptation, a sour blond ale aged in local Chardonnay barrels. But if a mundane-sounding keg like a stout showed up bearing the Russian River name, it would still kick quickly. While devotees make pilgrimages to the brewpub to find fresh IPAs to enjoy on premises, some customers come for dark beers most folks didn’t even know Russian River makes. Brewmaster Vinnie Cilurzo’s first batch off the original system in 1997 was Russian River Porter. The beer is essentially version 2.0 of Santa Rosa Plateau Porter that Cilurzo brewed at his original Blind Pig Brewery in Temecula, California, which closed when Cilurzo left to helm the new brewery at Korbel Champagne Cellars.

Whereas Russian River Porter is often available, O.V.L. Stout is a year-round offering, and kegs never, ever leave the building. It’s “a throwback to Russian River at Korbel when we made a nitro stout called Dam Stout,” says Cilurzo. Asked who’s the audience for O.V.L., Porter and the once-annual Shadow of a Doubt imperial porter, Cilurzo surmises, “Even someone who drinks IPA and funky beer still has a wandering eye and will try other beers.”

At Oskar Blues Brewery, the most notorious beers either lean toward the hoppy side, such as Dale’s Pale Ale, or outright rampage toward it, like GUBNA Imperial IPA and G’Knight Imperial Red IPA. But then there’s One Nut Brown Ale. Marketing director Chad Melis says One Nut Brown has “been available consistently over the 18 years we’ve been brewing.” It is technically a brewery-only beer, though that means it can be enjoyed in Longmont, Colorado, as well as Oskar Blues’s two additional breweries in Brevard, North Carolina, and Austin, Texas.

This Must Be The Place

To a degree, flagship beers that account for the lion’s share of a brewery’s output are intended to taste the same anywhere and everywhere. Bottles of Deschutes Fresh Squeeze IPA or cans of Oskar Blues IPA offer nearly identical experiences at an airport bar miles from home or at your backyard barbecue. Yes, they’d be fresher off the brite tank at the source, but part of drinking at a brewery’s tasting room has always been trying what you can’t find farther afield.

The same logic applies to Dogfish Head 90 Minute IPA or Rhinegeist Truth IPA. But these two companies each keep a little number on reserve just for Delaware and Cincinnati, respectively.

Dogfish Head Shelter Pale Ale is a mainstay at the Dogfish pub in Rehoboth Beach and the tasting room in Milton. The Delaware brewery has been heralded for its “off-centered ales” since launching in 1995, back when an apricot-infused IPA was considered crazy. So along with Aprihop and Chicory Stout, founder Sam Calagione chose a classic, straightforward pale ale to round out the trio of debut beers. In a video about Shelter Pale Ale, Calagione says, “We knew that we had to have some simple, approachable, well-constructed, recognizable-style beer to come out with immediately for those folks who weren’t looking to be challenged by the flavor or taste of the beer.” Although it was briefly available throughout the mid-Atlantic region in six-packs, it’s now leashed to the Dogfish house. Adds marketing manager Alan Weeth, “We do market this as a Dogfish exclusive, meaning you can … always and only find it” at the two taprooms. He continues, “From time to time … we’ll allocate a couple of kegs out to the market.” 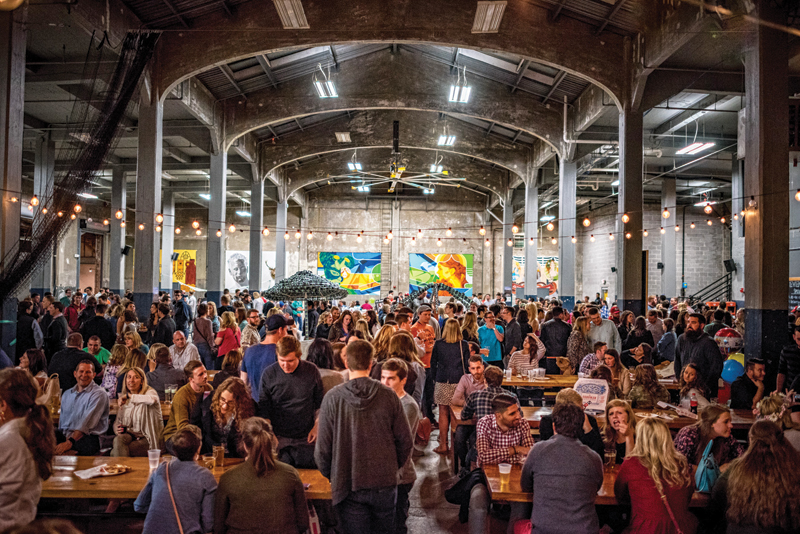 Uncle from Cincy’s Rhinegeist is in the same boat. It’s an English dark mild, but aside from its limited and nearly nonexistent distribution, it shares another thing in common with the likes of an altbier, a stout and a brown ale: It’s malt-driven. Rhinegeist taps an unexpected curveball for cross-drinkers. Where Truth IPA or its session pale ale cousin Zen are popular, visitors are virtually the only people in Cincinnati treated to Uncle. Whereas Dad (a hoppy holiday ale), Gramps (barley wine) and Gramma (oatmeal stout) all receive some degree of distribution, Uncle is the member of the family that never leaves home. Co-founder Bryant Goulding confesses, “We have sold a few kegs of this outside the brewery. I think of Uncle as a beer we only have in house, but if someone wants it, we have occasionally sold them a keg.” He describes the 3.8% ultimate session ale as “deliciously nutty, pretzelly. … The malt delivery on Uncle is the dopeness.”

Uncle is “a cult favorite with our crew and many older customers, but when we’ve tried to sell it outside the brewery, it just doesn’t move on draft,” says Goulding. “People want ABV for their dollar, and a mild just doesn’t fit into that category.” 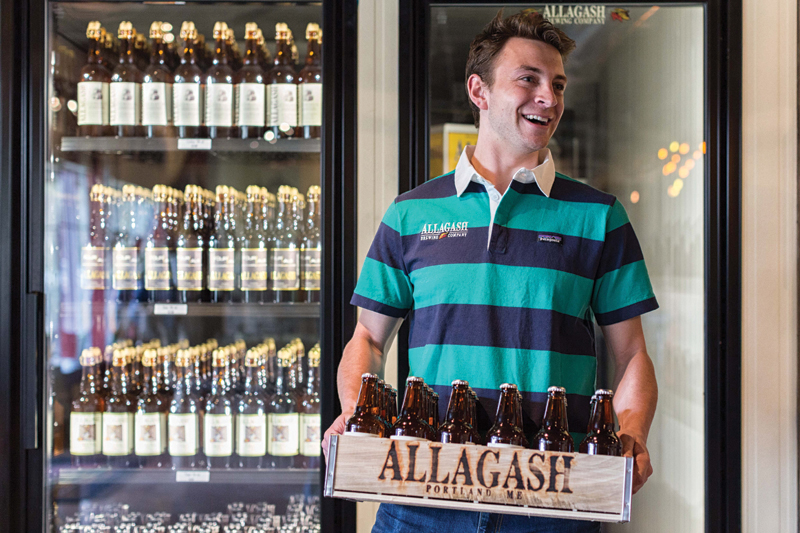 In the same low-alcohol vein but hop-accented, Allagash brewmaster Jason Perkins designed a single (opposed to a dubbel or tripel), also referred to as a patersbier. House Beer, released in 2012, is yeasty yet hoppy and makes a great shift beer for Allagash employees, just like the original Belgian singles do for monks in the brewing abbeys. Perkins says that he and owner Rob Tod “made a verbal agreement that it’d never leave the brewery. … We have no plans to waver from it. The beer’s called House Beer for a reason.” There’s no bar at the Portland, Maine, brewery, but there’s a tasting room with four taps, and visitors can try them all for free. House frequently occupies one of those lines, but it’s sold by the case only, intended for drinking at home.

What Perkins says is “really cool are the people who come (to Maine) once or twice a year and remember to bring their wooden crate with them.” But the brewery only produces some 200 barrels a year. When those customers look to replenish their crate but Allagash is out, Perkins bemoans, “that’s a bummer.”

True, people journeying to a cherished brewery are often keen on one-offs or beers not available year-round. That might be a snifter of Deschutes Vernal Falls sour ale. Or Oskar Blues Honey Badger, a porter with malts smoked simultaneously with meat that’s then served kebab-style in the shaker glass. Or Dogfish Head Chocolate Lobster, a porter embellished exactly as the name implies. Or, in the case of Twisted Pine Brewing Co. in Boulder, Colorado, once widely available beers such as Billy’s Chilies or Big Shot Espresso Stout. That’s because, this past June, Twisted Pine decided to cease distributing altogether and, according to head brewer Kay Witkiewicz, “focus solely on supplying our 24-tap alehouse.” He adds, “By serving every drop of our beer across the bar instead of in liquor stores near and far, we are able to ensure that our patrons are enjoying our beer the way we as brewers intended—fresh, unique and of top quality.”

The sight of a beer delivery truck in front of your local tavern when it’s been out of a preferred brew for weeks is wonderful to behold. As is a wall of chillers, fully stocked, at your bottle shop when searching for a newly released seasonal offering. But there’s something great about hitting a brewery’s tasting room and finding a beer the brewers made exclusively for you, and everyone else who visits.