Classic Brewing Cities and the Dogma of Virgin Water 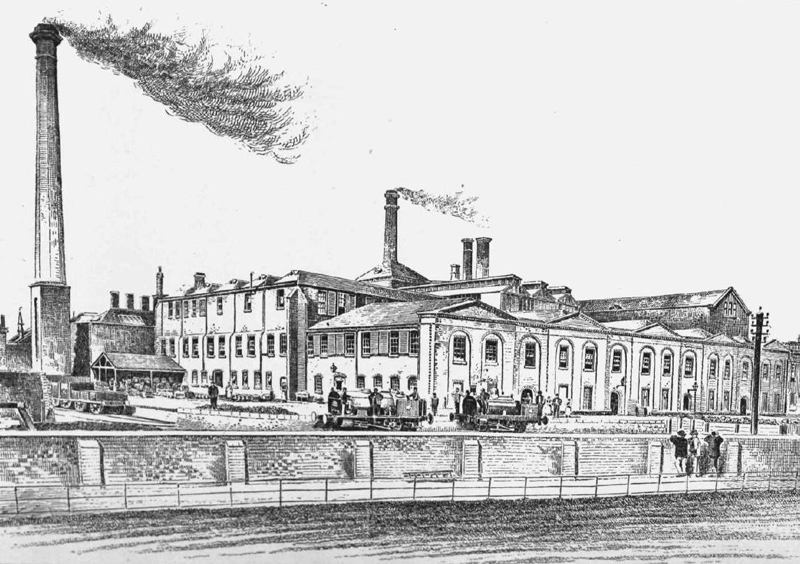 Thomas Salt and Co. was a brewery in Burton upon Trent.

To borrow from Jane Austen, “it is a truth universally acknowledged that a brewer in possession of pristine water must be in want of an appropriate recipe to brew with it.” It is also popularly stated that the classic beer styles, such as pilsner, stout, porter, pale ale, etc., were developed by brewers working with their local ingredients and water supply, and by extension, that brewers seeking to brew true to the style need to brew with the same water.

It is the extension of this axiom that is not true. Water has a profound effect on the character of beer, no question there. The issue is the dogma of virgin water—the premise that brewers did not adjust the source water to improve the character of their beer. We know that this is false. People have been treating water for nearly 4,000 years to improve clarity, remove biological off-flavors and improve sanitation. Certainly the science of water treatment has improved in the last few centuries, but the goals haven’t changed. Brewers were adjusting brewing water long before the inventions of the thermometer, hydrometer and pH meter. The pH scale and devices to measure it were not invented until 1909, yet there was a lawsuit in 1830 filed by the brewers of Burton upon Trent against a local public-interest group for claiming that the brewers adulterated their beers. The public may not have understood the reasons for acid and mineral additions to water, but the brewers certainly did.

The character of Burton water changed significantly over the years as the city grew and more breweries started drawing on the groundwater. Martin Brungard, an expert in brewing-water chemistry, gave an insightful presentation at the 2013 National Homebrewers Conference in Philadelphia, titled “Historic Water.” Brungard explained the local geology of the region, describing how Burton sits on an alluvial sand and gravel basin along the River Trent that is underlain by a “Mercia Mudstone” layer, containing high levels of gypsum and chalk, which is in turn underlain by sandstone. The result of this geology is that the mineral composition of well water would be a mixture of the low-mineral river water with the high-mineral water welling up through the mudstone, and the proportions depend on the proximity to the river and depth to the mudstone layer. The hydrologic permeability of the sand and gravel is much higher than that of the mudstone, with the result that as the residents and breweries drew more water from the wells near the river, the pollution in the river got into the well water. The solution? Dig deeper wells farther from the river. The result? Higher mineral concentrations than what the brewers had started out with and the need to measure parameters like “sulfate of lime” and “carbonate of lime” to ensure continuity of product. Ask modern Burton brewers about their water, and they will tell you they hate brewing with it; ‘It’s too minerally!’ (For more information on Burton water, see IPA: Brewing Techniques, Recipes and the Evolution of India Pale Ale, by Mitch Steele.)

Another great example from Brungard’s presentation was the case of Guinness Stout. Everyone has heard of the alkaline, chalky waters of Dublin, Ireland, and their relationship to stout. But guess what? Guinness doesn’t brew with the chalky water! The original water sources were shallow wells on the property, but as the brewery grew, the brewers changed the source. The brewery started in 1759, but by 1780, the nearby Grand Canal was in full operation, and it supported the brewery’s water needs. The hydro-geologic leakage from the canal would have largely diluted the groundwater. The ultimate source of the rivers and canal are granite-based mountains in the area, which do not contribute significant alkalinity to the water.

It is true that higher-alkalinity waters are better suited for mashing dark grain bills and that the alkalinity balances the acidity of the grain to create a smoother dark beer. Ironically in the case of Guinness, the brewers developed the practice of steeping the dark grains separately from the base grist to achieve better conversion and flavor with low-alkalinity water, and then combined the two worts before fermentation. The lesson here is that brewers are not chained to the quality of their waters, whether they are ground or surface. Brewers want to make the best beer possible, and that commonly involves water treatment of some kind, via additions, subtractions or innovation. The important thing when it comes to water is simply to get the mash and wort chemistry into the ballpark and focus on making the water serve the beer, not the other way around.

This statement begs the question, ‘What do we mean by ballpark?’ Does it mean that all the minerals or ions need to be within 10 parts per million, or ppm, of the classic city profile? In fact, what is the source of the classic profile? If you get on the Internet and look up the water quality report for a large city, it will often list several sources that are routinely combined to supply the region’s needs, and those lists will typically be annual averages of the variation for that particular source throughout the year. Taking a water report for a region from the Internet as gospel can be very misleading.

It is important to take a step back and look at the profile(s) for a city or region in general. There are three generalizations you can draw from a water report that will help you understand how that water will affect the beer: 1) the residual alkalinity, 2) the sulfate to chloride ratio (and levels of each), and 3) the overall level of all the minerals in the water (otherwise known as total dissolved solids, or TDS). The level of the minerals is important to consider as well as the proportions. Concentrations in the single digits are fairly insignificant, while concentrations in the 100s can dominate the water’s character. The combination of these parameters tell the brewer how alkaline the water will be in the mash, the effect it will have on the mash pH and final beer pH, what the dryness-to-fullness balance of the beer will be, and how soft or firm the mineral character of the beer will be.

The water profiles given for the classic brewing cities are useful, but you have to understand the context and be able to see the big picture. Water adjustment can make a significant difference in a beer if it is done right.

John Palmer
John Palmer is the co-author (with Colin Kaminski) of Water—A Comprehensive Guide for Brewers.