Railhouse Brewery was officially founded on Dec. 1, 2010 in the historic town of Aberdeen, North Carolina.

Founded by Brian Evitts of the U.S Navy, and Mike Ratkowski of the U.S Army, the brewery is proudly veteran-owned by 3 branches of the Armed Forces.

Our beers can currently be found across North Carolina, South Carolina and parts of Georgia.  Keep an eye out for us as we continute to expand!

Railhouse Brewery is owned by Army, Navy, and Air Force veterans and is distributed in North & South Carolina, Georgia, and South Korea. Our iconic American Flag bottle caps distinguish us on the shelves of local grocers and bottle shops as does our focus on malted barley providing balanced beers to the masses. In addition, we have partnered with the KA-BAR knife company of Olean, New York to co-brand our english brown ale. A company over 100 years old with a storied legacy, and iconic knife design which is the best known knife in the world. 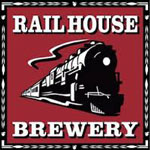 A rich, dark brown ale with notable nuttiness up front.  A slight roasty character and a hint of chocolate and toffee come through before ending with a subtle bitterness.  The USMC KA-BAR is an icon and a legend in the world of knives. It was one of the general issue knives to the United States Marine Corps in World War II and quickly gained popularity. As a Veteran owned brewery, a partnership with KA-BAR Knives only made sense, so naturally we co-branded thi brown ale with KA-BAR Knives.  This knife remains the first choice for many men and women of service who carry it as their personal option knife still today.  Our tap handles for the KA-BAR Brown Ale come directly from the KA-BAR factory in Olean, New York.

This malt forward IPA opens with a light floral aroma, followed by sweet, caramel and biscuit overtones.  Finishing with resinous tropical fruit esters, the bitterness does not linger long.  After serving their country, the veteran owners quickly found themselves working in the cog of corporate America.  The bold decision to leave and follow their passion of brewing was the inspiration behind this beer.  Free yourself from Corporate America. Go on, take a sip of Freedom!