Trappist monks are properly known as the Order of the Strict Observance, a branch of the Cistercians. The name Trappist comes from their abbey at La Trappe in Normandy, northern France, from where they were driven out at the time of the French revolution in the 18th century. They settled in the Low Countries—today’s Belgium and Netherlands—where they were given land by benefactors to build new churches. Simple priories developed over time into large abbeys with breweries attached.

The six remaining Trappist breweries are Achel, Chimay, Orval, Rochefort, Westmalle and Westvleteren in Belgium and Koningshoeven in the Netherlands.

The origins of Westmalle stress the problems facing monks at the tumultuous time of the French revolution. Three monks from La Trappe planned to escape to Switzerland and then sail to Canada from Amsterdam. But the revolutionaries had blockaded all the ports and the monks had to abandon their plans. They accepted an offer from the Bishop of Antwerp to establish a religious community in his diocese. A farmer at Westmalle donated land to the monks, who were joined by other refugees from France and together they started to build a simple church that developed into an impressive abbey.

A brewery was added in 1836. At first it supplied only the monks’ needs but in 1865 the brewery was extended in order to sell beer commercially. Funds were needed for the upkeep of the abbey and to help finance the Trappist community in the Belgian Congo. Sales were restricted to the Westmalle area until the 1920s. The beers became better known in the 1930s when the Abbot of Westmalle, Edmond Ooms, gave them the title of Trappisten beer. This brought them to the attention of a wider audience and today there’s growing interest in the beers from all seven Trappist abbeys in the Low Countries. 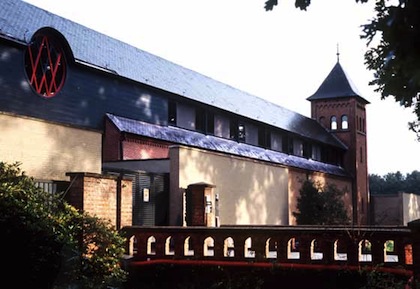