This new West-Coast-inspired IPA from Rahr & Sons is generously dosed with Citra and Lemondrop hops. 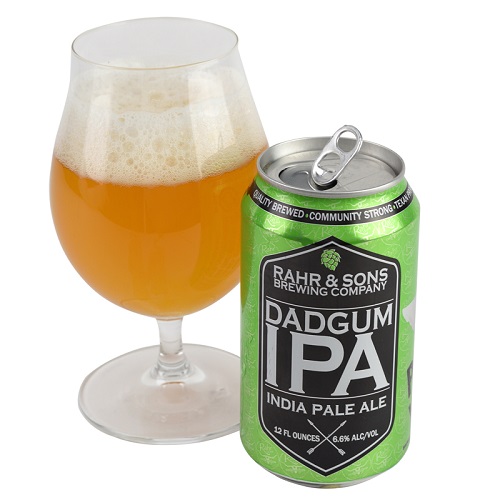 Canned pineapple from afar. Resinous and grassy with nose in the glass—the unmistakable aroma of raw hops. Just a touch of gravid sweetness: like the syrup from a tropical fruit. A bit spicy on the tongue, a mix of mint, arugula and—glory be—malt! Finishes with a pronounced, yet still gentle bitterness. A clean bitterness lingers on the tongue in the aftertaste: no signs of mineral, metal or grass to spoil the effect. A fine recipe—and a great way to start my evening! Veggie burger with chipotle mayo on whole-wheat bun will probably taste great with this—if there’s any left by then.

Ray Daniels is the founder and director of the Cicerone Certification Program and the author, editor or publisher of more than two dozen books on beer and brewing. Follow him on Twitter @Cicerone_org.

Starting off bright and pungent with sweet clementines, mango, orange pith and that unmistakable sticky cannabis hop aroma, it evolves into a lemon-scented pine-forward ale. It’s a solid representation of what a modern IPA should be. It leaves a tingle at the back of the throat, and with each sip the bitterness builds so that by the end, it’s all that comes through. A six-pack of this with some spicy fish tacos and a group of friends, and I’m good.

John Holl is the editor of All About Beer Magazine.
Follow @allaboutbeer