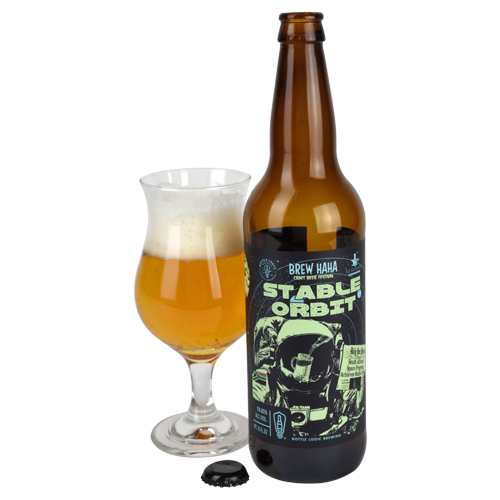 After a series of tasty beers from Bottle Logic, a truly exceptional one. The presence of South African hops offers generous notes of melon in the aromatics here: cantaloupe, super-ripe honeydew, with a squeeze of lime mixed in. Given how smooth the aroma is, Stable Orbit follows through with no lack of assertive bitterness: pithy grapefruit, bright lime and some of the same tropics offered in the aromatics. Hugely drinkable, with dense hop character worth digging into.