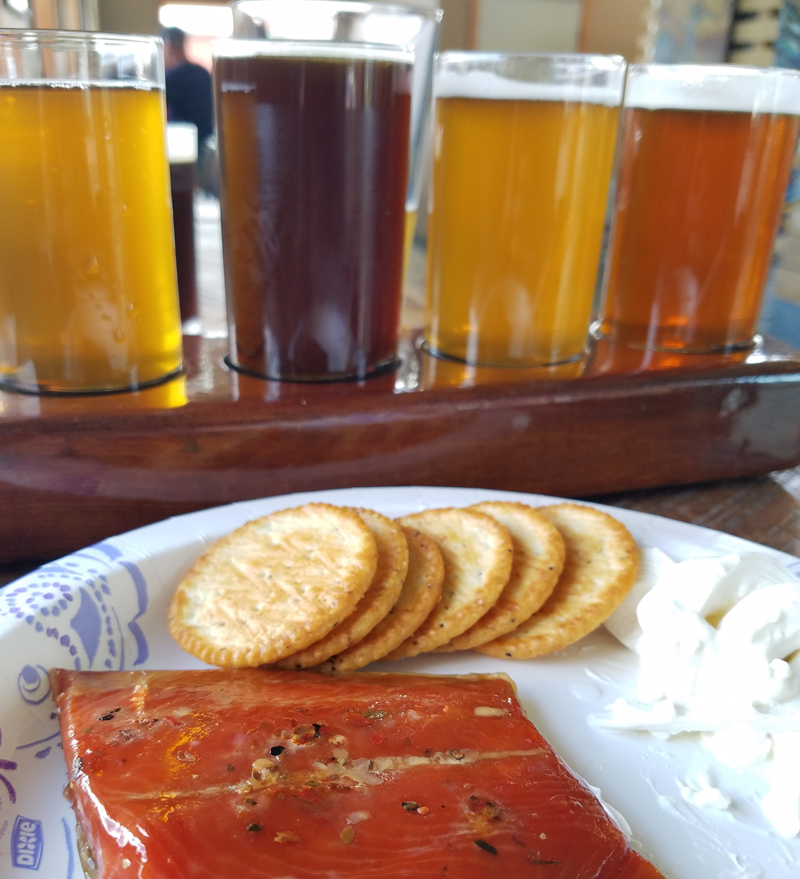 HOMER, Alaska—Bald eagles and sea hawks circle and land throughout this city, and fresh halibut and salmon arrive on the shores daily. Salt is in the air and the weather can change by the minute. If it feels like a frontier city, that’s because it is. Thankfully, there’s fresh beer. While the Homer Brewing Co. recently celebrated its 20th anniversary, Grace Ridge Brewing (3388 B St.) opened this past summer at the base of the Homer spit, a stretch of land that separates the Gulf of Alaska from Kachemak Bay. Founded by a long-time homebrewer, the space is sparse yet comfortable and offers a $10 salmon plate, complete with crackers and cream cheese. The 4-ounce samples are $2 each. –John Holl

Piney and vibrant with a dark chestnut color. For purists it might not be a true-to-style example, but with a nutty character and a splash of citrus on the back, it should be in your glass.

Malt forward with a cracked cereal grain taste along with cara pils malt dust. Hops are heavy on the pine side with a touch of orange peel.

This is an easy-drinking, year-round staple and one to get a full supply of before heading out for a day of fishing. Notes of fresh white bread with a slight bitter finish.

Velvety smooth with faint hazelnut flavors, this is an excellent to-style example. Flavorful and rich, pair this with salmon.

Popular with visitors and locals alike, it’s both the things the name says. Golden hazy in color, it’s like a lemon zinger tea and a sugary yellow citrusy candy soda more than it’s like a beer. While they don’t call it this at the brewery, in my book it’s a shandy of the first order.

Served with a few drops of raspberry syrup. It was a little flat, medicinal on the nose and a little heavier in the body than the style dictates. The natural lemon quality was missing, as was the lacto bite.