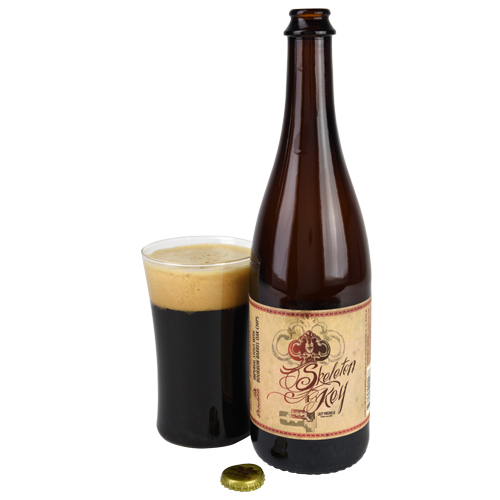 The brewery notes this was aged on wood, but the taste didn’t come up in the blind panel’s notes. However, we did find blackberry jam, vanilla, marshmallow, fudgelike whisky and coffee. The flavor parade doesn’t stop there, as coffee, spicy pepper, bittersweet chocolate and graham cracker join in. The body is slightly thin for an imperial stout, with its alcohol heat smoothed out. It’s a dead-of-winter sipper—a special reward after a day on the slopes.