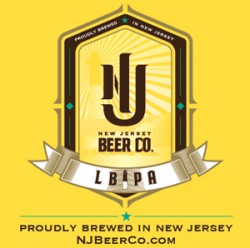 The brewery’s first IPA is brewed with Columbus, Centennial and Amarillo hops and dry hopped with Falconer’s Flight hops. A portion of the proceeds from sales of LBIPA goes to the Alliance for a Living Ocean.

LBIPA is turbid— deep-bronze with golden highlights topped with a magnificent tan head. The subtle nose is floral and hoplike. The flavor is well-balanced and more malty than most IPAs. An exceptional beer with food. We served it with blistered padrón peppers drizzled with extra virgin olive oil and lightly roasted in a wood-fired oven, finished with sprinkled sea salt alongside black olive focaccia, to rave reviews.
- Charles Finkel

Having spent my first 18 years of life in New Jersey, I gotta suppose the LB stands for Long Beach. If you turned the world upside down, I would assume this East Coast IPA could easily be ID’d as a West Coast IPA. Plenty of clean, floral, earthy, citrusy American hops slam with happy aromas and flavors. Super-well-balanced IPA. Great drinkability and surely a legit invitation to enjoy the New Jersey coast. Both refreshing and full-flavored. This is not turnpike beer! If you like IPA, you’ll love this one.
- Charlie Papazian