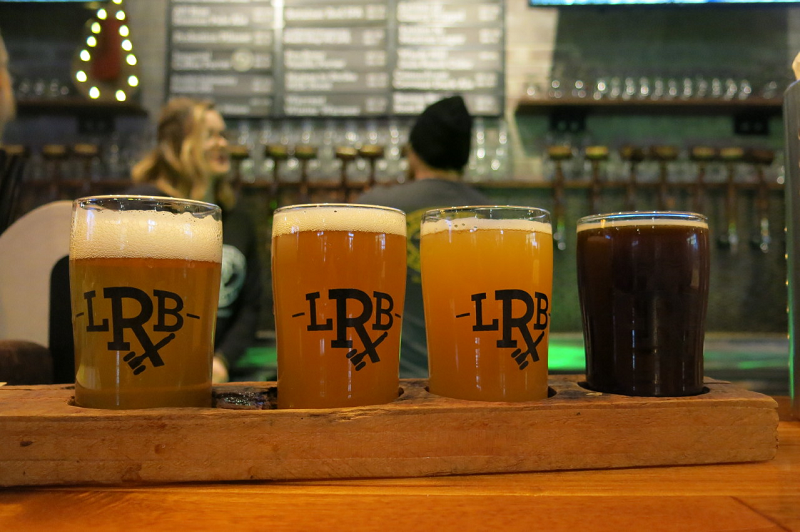 Belly up to the bar at Legal Remedy Brewing (129 Oakland Ave.), and you’ll find the legalese extends to the beer names, two dozen of which pour courtesy gavel tap handles. Rock Hill’s first brewery opened in 2015, in a building that once housed a car dealership. While many breweries specialize in certain styles, Legal Remedy’s 24 taps pour a truly diverse selection. Core beers are “usual suspects,” seasonals are “repeat offenders,” and a “beer docket” of four four-ounce pours is $6. –Daniel Hartis

This crisp, clean beer is one of the more approachable on the menu, and no doubt pairs well with a number of menu items. The hop character keeps things interesting, first with notes of orange and lemon peel, and then finishing with an herbal quality reminiscent of dill.

Big grapefruit leaps out in the aroma, and it’s joined by pineapple and notes of candied fruit. There’s a honeylike sweetness to the beer, but also a balancing bitterness. The slightest toast emerges on the finish, but juicy West Coast hops ultimately steal the show.

True to its name, Justice Juice delivers a burst of juicy hop goodness—tangerines, nectarines and oranges, in particular. It’s not as complex as Double Indemnity, but it’s easy to see why fans of New England-style IPAs have been seeking this one out as well as the bigger Chief Justice Juice.

If you enjoy coconut beers, this is no conundrum at all. From the scent to the sip, this one overflows with coconut. Behind the coconut can be found dark fruits, tart cherry and milk chocolate.