Pull Up A Stool With Jaime Jurado 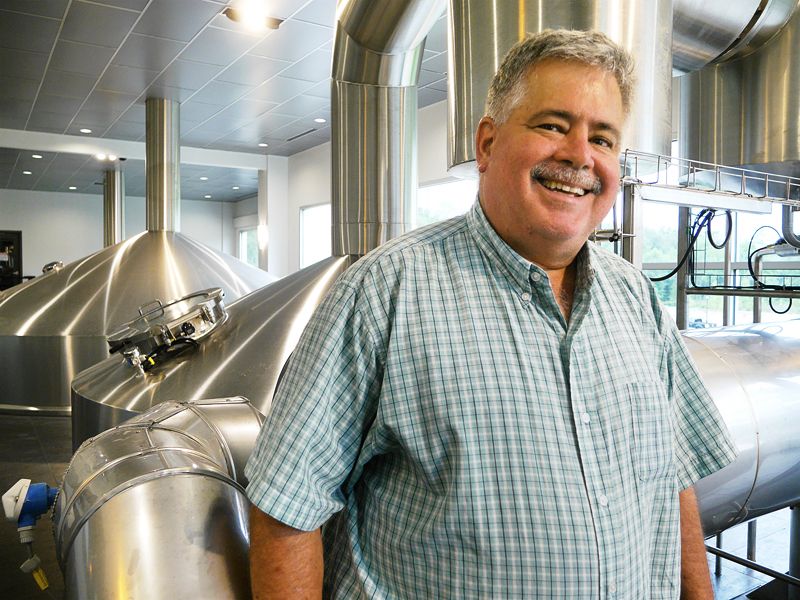 AAB: How does your experience at breweries of various types affect your perspective on American craft brewing?

I know you’re very interested in sustainable practices. What have you been able to roll out at breweries like Abita?

If you’re a small brewery of 100 barrels or so, what you try to do is use the least amount of energy possible, because the equipment to recover the energy may be more expensive than the brewery itself. Here at our new brewery at Abita, we may use a lot more energy. But because we’re recovering it, we actually net out at the end of the day using less energy here. That’s the difference between $1 million spent in hardware and $15 million spent. Abita’s leadership invested in solar photovoltaic and will continue to do so, leads in lightest weight of secondary and tertiary packaging, which significantly reduces materials consumption, and uses its biogas to displace some natural gas required in making our steam.

Brewing is a resource-heavy industry.

No brewery is ever sustainable. We use far more resources than we can recover. However, that doesn’t stop us from trying to be more efficient.

We don’t have a language in brewing that makes much sense when it comes to claims of sustainability. You see it all the time: At Alaskan Brewing, they’re burning spent grains to become fuel, but the truth is that’s because there’s no cows to eat it. The reason brewers give spent grains to cows is that it’s cheaper than throwing it in the dumpster: A farmer picks it up, takes it away. That’s cheaper than throwing it away. At Alaskan Brewing, they were putting it on barges, shipping it on barges down to Washington and selling it there as feed. The money wasn’t covering the shipping costs. At Sona Breweries in Nigeria, they use their spent grains to fire their boilers because they can’t get fuel. But Alaskan didn’t have to do what they do, and it represents an engineered solution. Alaskan’s mash filtration system represents another engineered optimization to maximize resources. There’s a lot of greenwashing and over-representation of sustainability in brewing, and I’m just trying to progress the conversation of what’s honest, real and true. I’m not doing it to pick off people and say, “Well, you’re wrong here; that’s a misrepresentation.” It’s just, to me as an engineer, this means something.

Are there a lot of solutions in the hands of engineers?

You read those things all the time. Do one little thing and too many people are saying, “Look at us; we’re green.” What we’ve learned is that it’s not easy to calculate the greenhouse gas and water footprints of a brewery. It’s not easy to invest in technologies that put our waste to work to reduce the environmental burden we create. And the things we can do are different at different scales of production. Engineering disciplines guide solution implementation and adaptation. And can help in understanding which is most sustainable: cans vs. bottles.

Doesn’t it really rely on a life-cycle analysis?

That’s part of it, and it is also case-by-case. If you get cans from a plant that’s 20 miles away, or bottles from a plant that’s 800 miles away, greenhouse gas calculations probably swing towards the cans. There’s other metrics. The harvesting of aluminum is kind of a rape of the earth, and it’s hard to quantify that. Brewers at all scales have more to do in terms of sharing how we make our decisions. Representation of being sustainable by virtue of deploying spent grains as animal feed has been cited since prehistoric times. How can common practice be something to be excited about? How can one represent canned beer as more sustainable than bottled beer without knowing the resource consumption of either? The cheapest canning line is about half the price of the cheapest bottle line. So a lot of these folks say, “Look, I care about quality, I care about life, I care about packaged dissolved air. That’s why I made the decision for cans.” They’re kind of being disingenuous: They made the decision because it’s a lot cheaper than the bottle line.

I don’t think it’s a necessarily a matter of their being disingenuous. Questions of sustainability turn out not to be simple.