Join us in the stands near the third base dugout for the following presentations. We’ll be serving beers from the participating breweries that complement our presentations! 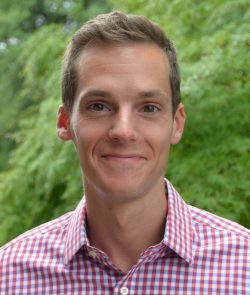 One Beer to Rule Them All: IPA and Our Journey of Hops
2 p.m.

The beer community recognizes about a hundred different styles of beer, so why is it that IPA reigns supreme for American drinkers? Writer Bryan Roth shares background on the cultural, psychological and culinary aspects of the hop-forward beer, and its importance in today’s scene. Looking past IPA’s classic descriptor of “bitter,” explore what other flavors you can find with this favorite style.

Bryan Roth has been awarded four times by the North American Guild of Beer Writers for the writing at his blog, This is Why I’m Drunk. He has contributed beer coverage to All About Beer, Beer Advocate, Good Beer Hunting, Thrillist and Paste. Find him tweeting about beer at @bryandroth.

Join the All About Beer Magazine team and a panel of North Carolina brewers for a chat about the current state of the industry, what they are doing to draw customers to their brands, and what beers they are drinking right now. Beer will be served during this presentation, so don’t worry about missing out on your sampling adventures.

The following brewers will join us for the panel:

Buy your tickets today to join us for these presentations and around 75 carefully curated beers.