Of Beers, Bellies and Balance

Yet the U.S. government really does have a separate compartment (in this case, a bureau) for beer, indeed all alcohol. Real walls separate the regulators of the food and drink industry from those that control the manufacture and sale of alcoholic beverages. By and large, industry members lobby to keep it that way. 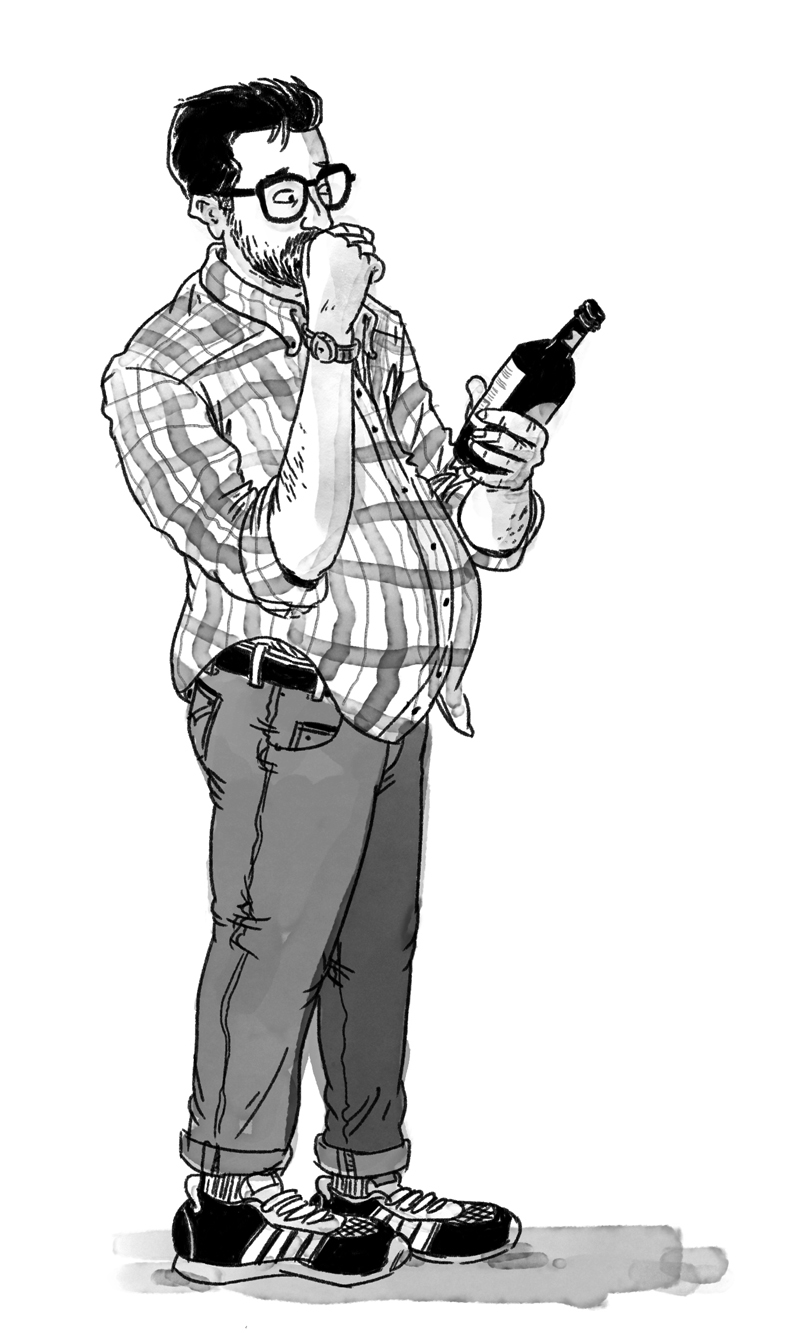 It’s a big part of the reason there’s no mandatory nutrition labeling on beer, wine, spirits and other adult drinks. A few years ago, the Alcohol and Tobacco Tax and Trade Bureau (TTB) introduced an optional version of the familiar “Serving Facts” label that alcohol manufacturers could put on their products. It didn’t get much attention at the time. And in the last couple of years, only a handful of products with those labels appeared on shelves. Many of us remain blissful in our ignorance.

Then, earlier this year, a group of the largest brewing companies in the U.S. and their trade association, the Beer Institute, announced that nutrition information would be available for all of their products within the next four years. That got goo-gobs of attention: media hit after media hit, mostly positive. Culturally, we’re leaning hard into transparency and access to information, for better or worse (thanks, internet!). We especially want to know more about the foods and drinks we consume. I have a hard time seeing more bad than good in that.

After the announcement of the voluntary labeling initiative, any negative commentary fretted about potential impacts on smaller brewing companies. If nutritional labeling becomes either mandatory or even generally expected by the public, the added costs could disadvantage smaller companies. That was the argument made by the trade group that represents those industry members, the Brewers Association. And it’s true: Any additional barriers to entry disproportionately affect smaller companies.

But mandatory nutrition labeling for all beer? Unlikely, I think, at least in the short term. These things take time to figure out. Remember, we’re talking about the government. The process for the creation and implementation of the Food and Drug Administration’s new rules for chain restaurant menu labeling serves as the closest recent proxy. It’s taken years and isn’t over yet. Proposed rule-makings are followed by comment periods, followed by more edits. In this case, the FDA also delayed the rule’s effective date. Now, restaurants with 20 or more locations will need to post nutritional information, including calorie counts, for regular menu items by the end of 2016.

Exemptions for nonchain restaurants and seasonal items suggest a general willingness on the part of the government to avoid hitting small players too hard too quickly. Further, the FDA’s nutrient database could play a key role for small brewers. Restaurants can use the general ranges of nutrition information printed in this database instead of stats for specific products found through testing. Currently, the list of beer types in the database is pretty thin. But the Brewers Association is investing in expanding it as well as looking into keeping its own database for members to use.

So even without mandatory labeling, many brewers are preparing to educate beer drinkers about the nutritional content of their beers. Good news: Educating drinkers about their beers is something a lot of brewers, particularly small ones, do really well. Innovative brewers will surely come up with creative ways to help interested consumers understand, for example, the roughly linear relationship between alcohol content and calorie count. As a group, small brewers have proved themselves highly innovative and resilient. Plus so many already help drinkers understand how to balance consuming calories with burning them off.

And beer seems to pair uniquely with calorie-burning activities. For many drinkers, it fits into their active lifestyles better than other types of alcoholic beverages. That’s a benefit beer brands of all sizes are trying to communicate, from current ad campaigns for large brands like Coors Light and Michelob Ultra to countless small brewers that host running, biking, hiking and other groups for special events and regular meet-ups.

So even if many beer drinkers expect brewers to tell them more about what’s in their beer, many brewers will be up to the task. Yes, the beer biz has plenty of challenges to go around these days, and each will inevitably be the end of some companies, many of them small. Thanks to years of healthy growth and maturation, there are plenty of those to go around, too.

Recently, I’ve challenged myself to tear down some of those walls in my mind and give my beer consumption a nutritional context. I find that I drink a little less, but that the context makes me appreciate it a little more. That health-focused choice comes with an economic side-effect: It also makes me willing to spend a little more on what I do decide to drink. And if this thinking helps me stay healthier longer, I may just get to be a beer consumer for a bit longer, too. I think that’s what they call playing the “long game.”

This column appears in the November 2016 issue of All About Beer Magazine.