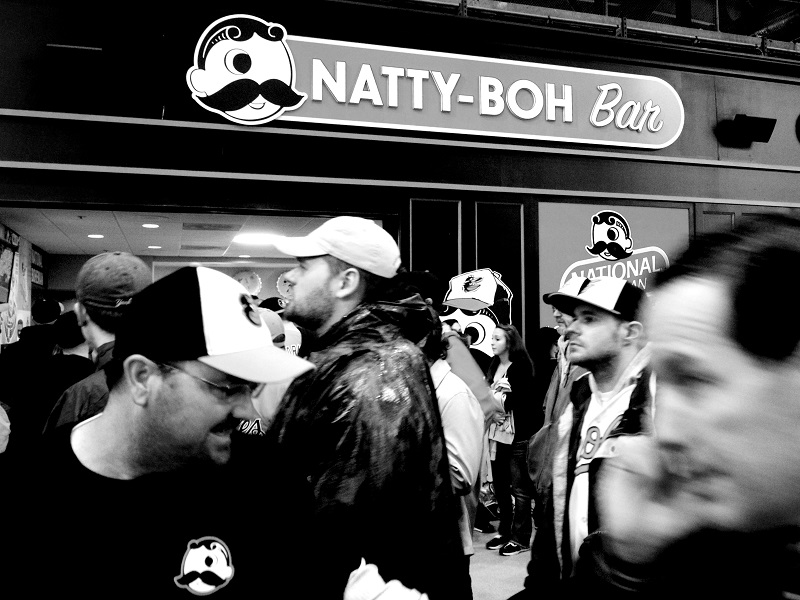 Something was missing when the Baltimore Orioles opened their season against the Toronto Blue Jays. Not the players, of course, or the fans, but something that was once equally as much a part of watching this baseball team: National Bohemian beer.

The iconic Baltimore lager is no longer sold at Oriole Park at Camden Yards. Since April last season, when it was removed from sale following the Orioles’ first home stand, fans have had to go elsewhere for their fix. 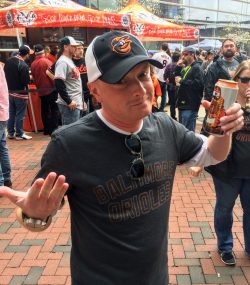 “There was a lot of blowback before the baseball season even started,” says Brad Klipner, who runs BeerInBaltimore.com. He broke the story that Natty Boh was off the menu at Camden Yards for 2016, before the club gave it a short-lived reprieve. “They gave in a little bit; they served Natty Boh in cans in one little corner of the stadium [at the start of the season], and then it completely disappeared and it was gone for the season.”

The end of this relationship (if that’s what it is; Natty Boh has made an Orioles comeback before, in 2011) is worth commemorating. Drinkers have access to a bewildering variety of beer now, inside and outside sports stadiums; in contrast, a world where everyone drinks the same beer seems, well, old-fashioned. But in Baltimore and other blue-collar cities around the world, down-to-earth beers like National Bohemian were once a big part of local identity, and they developed a close connection to that other conduit of civic pride: sports teams.

Few cities, though, have a relationship like Baltimore and National Bohemian. Natty Boh was the first beer Klipner drank, given to him by his grandfather at the age of 10. “It was a rite of passage for a Baltimore resident,” the 40-year-old says. “Not the most responsible thing, though, and it didn’t leave a great taste in my mouth!”

National Bohemian’s relationship with the Orioles dates back to the 1960s, when businessman Jerold Hoffberger controlled both. That was a good time for the Orioles, with World Series triumphs in 1966 and 1970, and Hoffberger used the success to promote Natty Boh, making it the club’s official beer. It didn’t last. Hoffberger sold The National Brewing Co. in the seventies, and the city-center brewery closed. In 1996, it was bought by Stroh and then Pabst, and it’s been brewed outside Maryland ever since.

Nonetheless, there’s been a resurgence in its popularity of late. The beer’s one-eyed mascot, Mr. Boh, has winked at the city from its perch on Brewers Hill since 2004, a promotion involving Oriole-orange-colored Natty Boh tallboy cans proved hugely popular. “When they came out with the orange can, gameday Boh consumption took off,” says Tom Leonard, manager of Pickles Pub, a bar opposite the stadium. And merchandise featuring Mr. Boh is everywhere. “People like the gear,” says Mark Brown, who runs the fan website CamdenChat.com. “They’ll wear the Mr. Bo shirts to the Yard.”

This relationship is not entirely unique. Clubs in St. Louis have enjoyed a similarly close relationship with Anheuser-Busch. Abroad, in Newcastle, England, Newcastle Breweries and the football club Newcastle United were once joined at the hip. The brewery was next to the football ground and it sponsored the club’s shirts during the 1980s and 1990s—but brewing moved out of town, to Yorkshire, after Heineken took control in 2008.

That marked the end of the closeness, although some fans reacted positively last year when rumors emerged that the club’s shirts may again be sponsored by Brown Ale. Symbolically, Newcastle United’s beloved former manager, Sir Bobby Robson, pushed the button for the ceremonial demolition of the bottling plant opposite the club’s ground, St. James’ Park. 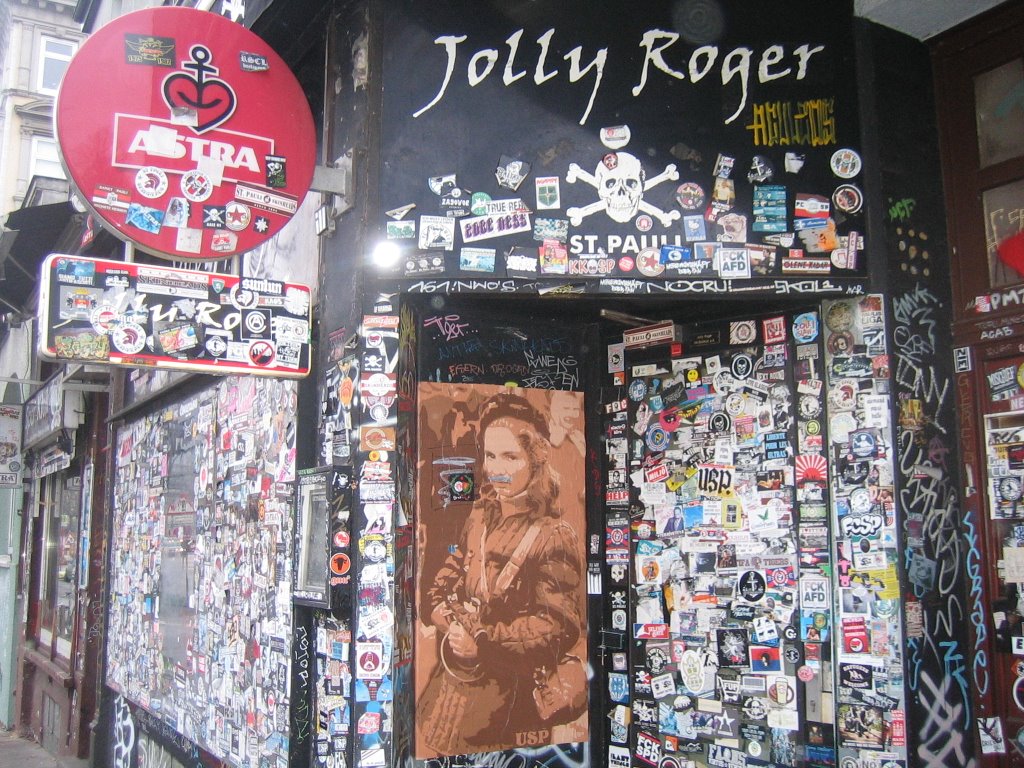 A much closer relationship exists between St. Pauli, a football club in Hamburg, Germany, and Astra, a local beer brand. Astra is the club’s official beer, drunk inside and outside the ground, especially at fans’ pub, The Jolly Roger, yards from the club’s stadium. “Astra is our biggest seller,” says Stephan Delius, who has managed the pub for 14 years. “I’d say that 40 to 50 percent of all drinks sold is Astra. It’s more beer than all the other ones put together. It’s especially big on match days.”

The beer was brewed in the neighborhood for many decades, but it was after that brewery closed that the relationship blossomed. In 2001, Astra took over as the club’s shirt sponsor when the previous sponsor pulled out mid-season, and in 2003 the brand threw its weight behind a campaign to rescue the close-to-bankruptcy St. Pauli. The club regularly features in Astra’s advertising campaigns. 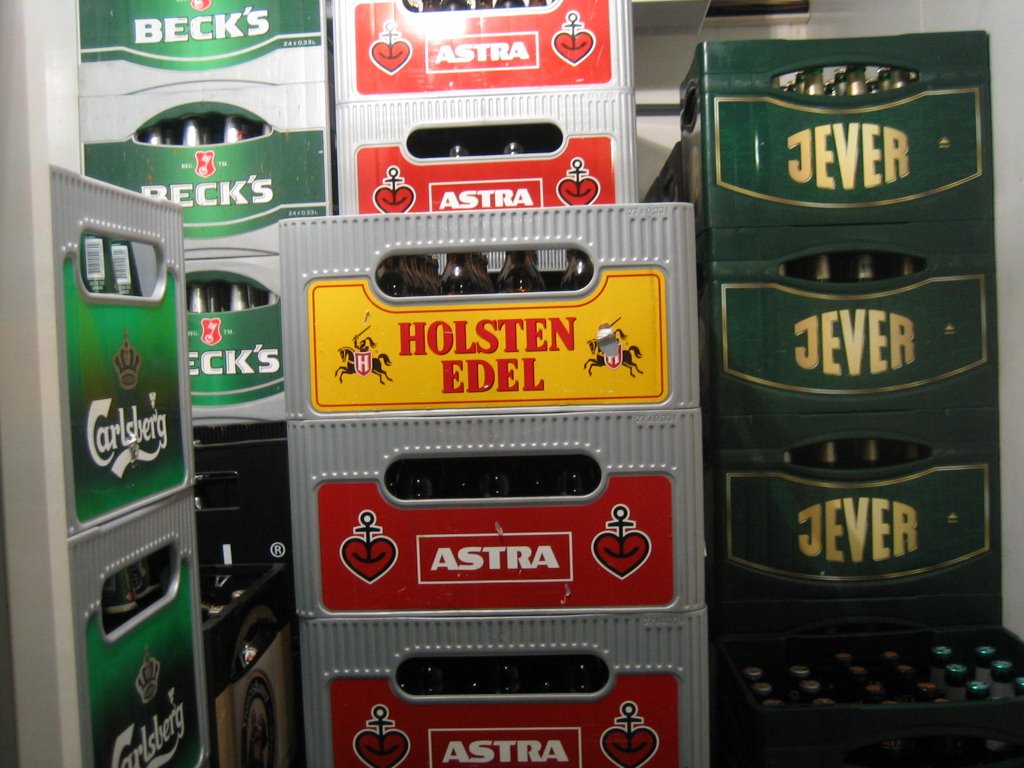 Astra has been owned by Carlsberg since 2004, but fans don’t care—because the Danish giants bought it from Holstein, the beer of bitter crosstown rivals Hamburger SV. “When Holstein took over [in 1998] some people didn’t like that because Holsten stood for the other club,” says Delius, 42. “That was like losing to the bad guys. When it was taken over by Carlsberg, it was like they lost to someone bigger!”

Astra will soon be produced in a new plant, still in Hamburg but out “close to the autobahn,” as Delius puts it. It’s likely to remain the bottle of choice for St. Pauli fans. “We used to have draught 10 or 15 years ago but we don’t any more because everyone wants bottle,” says Delius. “Astra is drunk by the bottle—that’s how it is. Nothing special about it. It’s a working-class Hamburg thing.”

In Baltimore, meanwhile, Orioles fans can drown their sorrows with a variety of beers, including offerings from Heavy Seas Beer, Union Craft Brewing and Flying Dog Brewery (which serves cask ale at its stadium booth on Fridays). “I don’t know why Natty Boh was kicked out, but I’m sure it had to do with money,” says Klipner. “It’ll take time to heal, but the local craft beer selection is pretty solid.”

And will any of those craft beers ever have the same significance as National Bohemian? In a world of choice, it seems unlikely. “You see craft beers getting bigger, and the largest ones are getting into stadiums—but there’s not much of a connection compared to National Bohemian,” Klipner says. “But as a craft beer geek I’m not complaining!”