Do you enjoy Alpha King?

If you’ve ever had the 3 Floyds Brewing Co. pale ale, the answer is probably yes. But soon there’s going to be a new, multicolored way to answer that question: Starting this May, Image Comics is releasing a five-issue (and possibly ongoing) series 3 Floyds: Alpha King, in which characters produce “a home-brew so distinct that it attracts a monstrous king and his horrid minions from another dimension.” Co-written by 3 Floyds’ co-founder Nick Floyd and comic writer Brian Azzarello, and illustrated by British comic artist Simon Bisley, Alpha King takes the increasingly close relationship between beer and comics further than ever before.

The roots of Alpha King go back a decade, evolving from conversations with Floyd and fellow 3 Floyds brewer Barnaby Struve. The two were inspired by comics, Dungeons & Dragons and science fiction to imagine back stories for the characters behind their beers, such as Dark Lord and Robert the Bruce. In a phone interview, Floyd explains that these plans evolved further as Struve started hanging out at comic book conventions, where he met like-minded people, including comic creators such as Tim Seeley, who did the label for 3 Floyds’ Zombie Dust.

But the key contact was Azzarello—well-known for writing Wonder Woman and 100 Bullets, which he created with artist Eduardo Risso. Azzarello’s industry contacts made the comic happen, and he was a fan of 3 Floyds long before he was a collaborator. “I’m totally into the beer,” says Azzarello. The Chicago-based writer even remembers where he was when he had his first 3 Floyds beer: Fittingly, it was an Alpha King, and he was at the Hopleaf Bar in Chicago in 2002.

Floyd calls Azzarello “the real deal,” and talking to both it’s obvious there’s real friendship between them. Floyd gleefully recalls the two ribbing each other about their cultish claims to fame: “It’s great when beer geeks mob me, and then comics geeks mob him.”

Azzarello is a comic veteran who’s used to working with artists, but collaborating with another writer is a relatively new experience he’s currently enjoying twice. Besides writing Alpha King with Floyd, Azzarello is co-writing Dark Knight 3: The Master Race, a sequel to the 1986 classic The Dark Knight Returns, with legendary comic creator Frank Miller. On comparing the experiences, Azzarello says writing that Batman story “is actually a lot more restricted,” since it involves DC Comics-owned characters. But when writing the 3 Floyd characters, “anything goes” and “there’s nothing that’s too outlandish, too crazy.”

How outlandish and crazy? Azzarello describes the Alpha King, which is in the realm of Conan the Barbarian sword and sorcery, as “medieval post-apocalyptic.” Much like a massive superhero or sci-fi universe, 3 Floyds: Alpha King will feature a sprawling cast of characters from 3 Floyds beers and beyond. All the 3 Floyds characters are involved in the comic, even unlikely candidates such as Space Station Middle Finger. Other characters are derived from their collaborations—like Shewolf, an IPA brewed with Chicago’s Half Acre. Readers should also keep an eye out for beers that have yet to be brewed. These characters and their adventures are illustrated by the expressive, violent art of Bisley, whose work feels like it jumped straight off the cover of the loudest heavy metal album ever.

3 Floyds: Alpha King isn’t the first time a brewery has made a comic book to explore its own mythology. Ska Brewing put out Tales of the Legion of Ska in 2014, and Revolution recently released a comic tied to Galaxy Hero, which is released every year in conjunction with C2E2, a Chicago comics convention. But 3 Floyds: Alpha King is the deepest collaboration between beer and comics yet, given the involvement of high-profile comic creators and the fact that Image is publishing the comic.

Much as 3 Floyds’ reputation has grown, Image has seen a renaissance in creativity and sales in the past five years. Though best known for The Walking Dead, Image has been putting out a range of quality titles in every genre imaginable. Among the better Image series are hard-boiled southern noir Southern Bastards, feminist prisonsploitation drama Bitch Planet, Romeo-and-Juliet-influenced sci-fi family story Saga, and sex comedy Sex Criminals. It’s become commonplace for creators—and often whole creative teams—to make a name for themselves at DC or Marvel, then jump to Image so they can own their work. But 3 Floyds: Alpha King is the first time a brewery has made that leap.

The first issue of Alpha King will be released on Dark Lord Day, which is April 30. As beer enthusiasts converge from around the world, Azzarello, Bisley and Floyd will be signing issues. The comic will be available at comic stores and digitally the following Wednesday. Though it’s planned for five issues, Floyd thinks the series could go much longer.

As for why beer and comics pair so well, Floyd says there’s a certain geek pride that comics and beer enthusiasts share, plus both are “labors of love” by creators who “do it because they love it” regardless of how much money they’re making.

Azzarello has a different explanation: “I can’t tell you how many times I’ve written while drinking.”

Mark Peters is the author of Bullshit: A Lexicon. 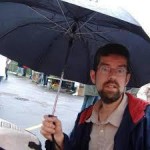 The Lock-in and Other Irish Idiosyncrasies

Mild in the 21st Century