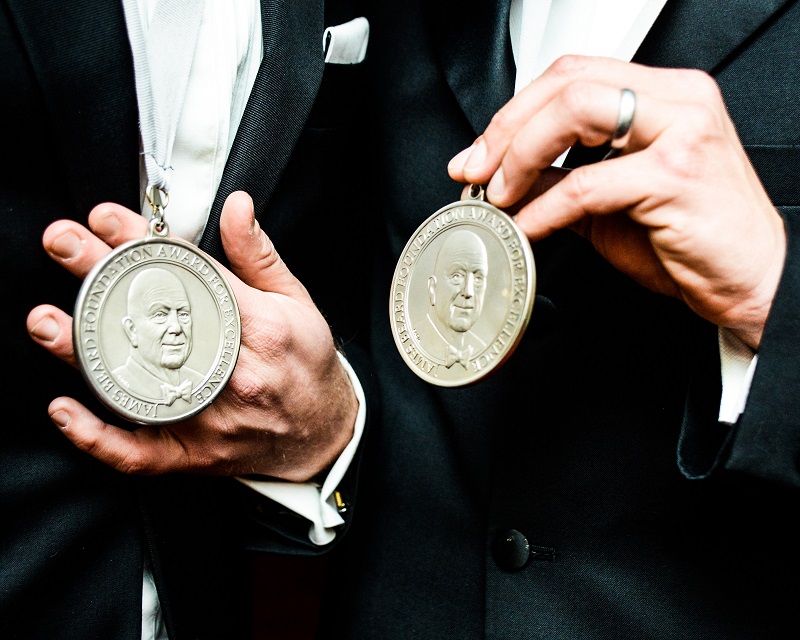 A renaissance blossomed in American restaurants throughout the mid-1990s. The Food Network had just launched, and notable chefs were becoming household names. It was a time of growth, experimentation, education and sophistication in the culinary industry—a community that gained a steady foothold during the decade. Diners hungered for new and exciting flavors, farm-fresh ingredients and fine wine. It was a good time to be in the restaurant business and the wine industry.

And in the middle of it all, one craft brewer in Brooklyn dared host dinners and pairings around beer instead of wine—quietly disrupting tradition and holding the door to the culinary world open for the craft beer community.

When Garrett Oliver, the brewmaster at Brooklyn Brewery in New York (and a regular contributor to this magazine), originally started merging his love of good beer and good food, it was nothing more than a slick marketing idea.

“I saw that wine was getting respect, and food was getting respect,” reflects Oliver, “but beer wasn’t getting any respect. I thought that beer was just as good with food when it came to pairing as wine was, and I thought that by putting these two things together, you could basically get the reflective glory from the food world onto the beer world.” 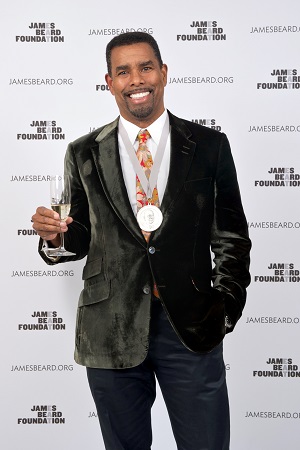 In the early days, getting people on board with his idea proved challenging for Oliver, whose pairing event suggestions were mostly met with laughter and ridicule. But slowly, and surely, members of the culinary industry took notice.

In 2007, Oliver began brewing a special Brooklyn Brewery beer for the beverage menu at The French Laundry, Thomas Keller’s world-renowned dining establishment in California. The collaboration came at the request of Keller, who was looking to expand his beverage program to include more beer offerings. For Oliver and the brewing industry, the move came as a sign that the gap between the culinary world and the craft beer world was beginning to close.

Roughly around the same time, Yvon Ros—longtime James Beard Foundation employee and the current director of sponsorship and special events—started to see an increase in award nominations for members of the brewing community.

“We started seeing an increase in nominations for those in craft beer over 10 years ago; I would say the early 2000s,” says Ros. “In 2003, Fritz Maytag, former owner of Anchor Brewing Company, won the award for Outstanding Wine, Beer, or Spirits Professional. Since then, we’ve seen nominations for beer professionals both on the beer brand and brewing side, and for beer service in the U.S.”

But it wasn’t until 2014, after receiving a handful of previous nominations, that Garrett Oliver took home his own James Beard Award in the same category—which until 1999, didn’t even include the mention of beer in the title. For Oliver and his industry peers, the award represented more than just recognition from the culinary industry—it served as validation that the craft beer movement was here to stay.

Since its inception in 1986, the James Beard Foundation has honored and recognized food and beverage professionals at the top of their field. A James Beard Award has the ability to launch a career. It’s almost guaranteed to fill barstools and dining chairs. For Oliver, a win garnered a level of attention that up until that point wasn’t afforded to the craft brewing community.

“It was great to win,” says Oliver, “but I didn’t see it as something that I won. It was an acknowledgement by the culinary world that beer had arrived and was something to be respected and paid attention to.”

With more eyes on the growing industry, and a new level of respect, the task of advancing the business of beer at a local, state and national level became slightly easier. Lobbyists vying for better beer laws were now speaking to a more attentive crowd. Banks began taking loan requests from start-up breweries more seriously, and craft beer consumers were increasingly able to find larger, more diverse craft beer options on restaurant dinner menus—something Oliver touts as a huge key to moving the needle forward for the craft beer community.

“If you neglect the table and you’re not represented as an industry and a culture, then the meaning you have to people is going to be thin,” says Oliver, noting that so many special moments happen around a dinner table.

Although beer still has a long way to go to achieve the same level of respect as wine in the culinary world, the future is bright. 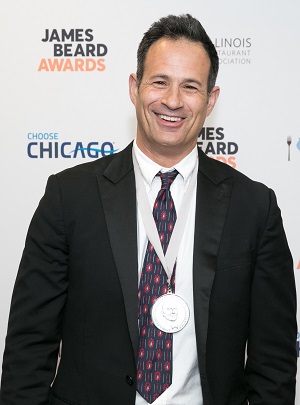 “In the last five years, two of the wins in the category of Outstanding Wine, Beer or Spirits Professional have gone to beer professionals, which shows great growth in the influence and prevalence of beer in the industry,” says Ros.

In 2017, both Rob Tod of Allagash Brewing Co. and Sam Calagione of Dogfish Head Craft Brewery were nominated in the category, with Calagione emerging with the win—making him the third member from the beer industry to win the award in a category mostly dominated by wine. That same year, Jorge Guzman—then serving as the executive chef at Surly Brewing Co.—earned a nomination from the foundation in the Best Chef: Midwest category.

[Pull Up A Stool With Sam Calagione]

Following his win in 2014, Oliver and Brooklyn Brewery helped foster the relationship between beer and food with the opening of The Brewery at the CIA—an educational brewing facility on the New York campus of the Culinary Institute of America.

Since 2015, the institute has served as a vital resource for the culinary industry to better appreciate craft beer. Armed with the tools to understand the brewing process, ingredients used in beer and interesting ideas for pairing beer with food, more chefs are entering the job force with the same appreciation and respect for beer as they are taught to have for wine.

“If you reach people as they’re pursing a culinary career and they have programs like this put in front of them, when they do reach the culinary world, they’re going to have a respect for beer that they otherwise might not have had,” says Oliver.

Tyra Sutak is a freelance beer, travel and outdoor writer and photographer based in beautiful Boulder, Colorado.

While none advanced as nominees, the following beer industry professionals were named semifinalists in the Outstanding Wine, Beer, or Spirits Professional category of the 2018 James Beard Awards: