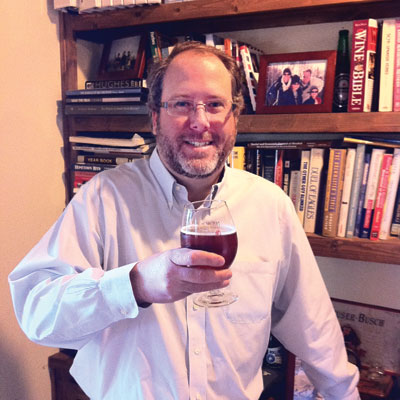 Harry Schuhmacher is the editor and publisher of Beer Business Daily.

Many of these beer business dalliances end up in long-term dating relationships and marriages, and then beer babies inevitably arrive with names like Porter and Amber, the latter of which we work hard to keep off the brass pole. I am actually a beer baby. Well, actually my mother was in the soft-drink business, so I suppose I’m not a purebred beer baby—more like the beverage equivalent of a Mudblood.

1. The beer business never sleeps. Beer people keep unusual hours—we wake up early to service the off-premises (grocery and convenience stores) and we stay out late servicing the on-premises (bars and restaurants). So if you are married to somebody who is not in the industry, these hours can be trouble.

2. Many beer people are also on the road most of the time, because beer is sold everywhere, not just in the town where your house happens to be. In fact, I am writing this column at the Pappadeaux restaurant in the basement of Terminal A at the DFW airport. If you’re not putting 25,000 miles on your car a year or don’t earn the top-tier miles status on your preferred airline, you’re not doing it right. Beer people travel, a lot.

3. Beer people, by nature and necessity, are fun people. Adolphus Busch famously made Anheuser-Busch’s motto “Making friends is our business.” He said it for a reason. Beer is associated with fun, and to sell beer you need to be a fun person. Debbie Downers need not apply. If you’re not a people person, perhaps Procter & Gamble could use you to sell toilet paper. And naturally, fun people attract other fun people, and so there are inevitable hook-ups. (Here’s a great startup idea for a young entrepreneur:  A Tinderlike app that hooks up beer industry people—you could call it Beernder. You’re welcome).

I’ll give you a couple of examples. Recently the distributors held a legislative conference in Washington, D.C., in which the craft brewers usually host an opening reception. This year they declined, and the big brewers stepped in and hosted the reception. Why? Because the big brewers and the small brewers have competing federal tax-reduction bills in front of Congress, and the distributors threw their support with the big brewers. I won’t bore you with any more details than that because it’s already well-trodden ground, but the tension at that confab was palpable.

In response, the Brewers Association (representing craft brewers) chief, Bob Pease, wrote to me to point out that “craft brewers appreciate the value of the three-tier system and have no intention of breaking it or tearing it down,” but that “the right to sell beer to beer drinkers at a brewery is a fundamental part of most craft brewers’ business plans” and that craft brewers started with “self-distribution, as brewpubs or with a taproom. These companies began with different business models and grew to generate millions of barrels of opportunity with their distributor partners as they succeeded and outgrew their original footprints.” Indeed, although there’s not a lot of data on the topic, craft brewery tap rooms selling directly to beer drinkers is one of the fastest-growing channels of beer sales.

Regarding the topic of self-distribution, craft brewers obviously want to have the ability to distribute their own beers in their own markets. Sounds reasonable, right? It’s illegal in many states, so craft guilds are working to change those “archaic” laws. Distributors for the most part agree with it in theory, but here’s the catch: Big brewers like Anheuser-Busch are using the argument that if small brewers can self-distribute, why can’t they? They’ve fought battles in Tennessee, Kentucky and Illinois using this argument. The problem is if Anheuser-Busch InBev is successful in buying distributorships and bringing them in-house, it reduces the choices craft brewers have to get to market. It’s a double-edged sword. My take: Let’s let the lawyers figure it out and go out and have a beer or three.

Here’s one more: I recently dined with a prominent craft brewer whose name you would probably know if you know craft brewers. I asked him if he was going to the Craft Brewers Conference in Portland. He didn’t skip a beat. “No way,” he said. “It’s gotten too big and it’s full of [expletive deleted] who all think they invented beer.” I admit his response surprised me. The craft beer industry has typically been such a tight-knit community, sharing hops and doing collaborations with each other. It’s still that way for the most part, but there seems to be an underlying tension between the new “third-generation” brewers and the larger brewers.

So where does this leave us? The beer industry has evolved into two beer industries:  A craft beer industry that is increasingly breaking down legal barriers that once prevented activities like filling growlers, hosting tap rooms and self-distributing, and a traditional beer industry that allows for an independent middle tier that can’t be controlled by the big brewers. It largely depends on the state, because the federal government largely gave up on alcohol regulation after the failed experiment of Prohibition. But the lines are blurring, and I suspect we’ll see more sharp elbows between the players in this industry before we see a clear path ahead.

I just hope we’ll keep sleeping with each other.