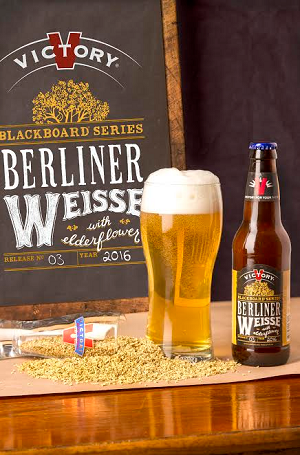 Known by some as “bartender’s ketchup,” the elderflower liqueur St. Germain rose to prominence by cutting through and softening bold and acidic flavors in cocktails. Given that utility, it’s only natural that elderflower has now migrated into beer as well.

Consider the characteristic flavors of sours, saisons and many Belgian-style ales: Esters lend notes considered fruity, floral, peppery and herbal, and stubborn yeast and bacteria can ferment the beverages to crisp, dry finishes, inspiring thoughts of citrus, stone fruits and wine. Those complexities and palettes, redolent of cocktails, made the parallel jump almost inevitable.

“I don’t think that craft beer is taking a cue from cocktails, but I do think that our consumers aren’t limited to one type of beverage,” says Bill Covaleski, whose Victory Brewing Co. released its Blackboard #3: Berliner Weisse with Elderflower last year.

“There are sometimes inspiring ingredients that pop into people’s minds at the same time for some reason,” he continues. “I don’t feel like this is a coordinated movement, I think it’s almost a zeitgeist aspect that elderflower is being considered in beer.”

Victory’s elderflower beer was one of the progenitors among an emerging handful of such beverages (it will not return this year, but that doesn’t preclude future elderflower beers from Victory, says Covaleski). Simple Roots Brewing Co. in Burlington, Vermont, brews an elderflower saison that happens to be one of its top-sellers, and which will also debut in four-packs of 16-ounce cans by June. Williams Bros. Brewing Co. in Alloa, Scotland, makes three elderflower beers: a golden ale, an IPA and a summer ale that “folks drink with wonderful regularity” according to owner Scott Williams, who was inspired to use the ingredient through his kids’ consumption of elderflower juice. And other brewers, such as BarrelHouse Brewing Co., Wicked Weed Brewing, and Hopworks Urban Brewery are also tinkering with the blossom. 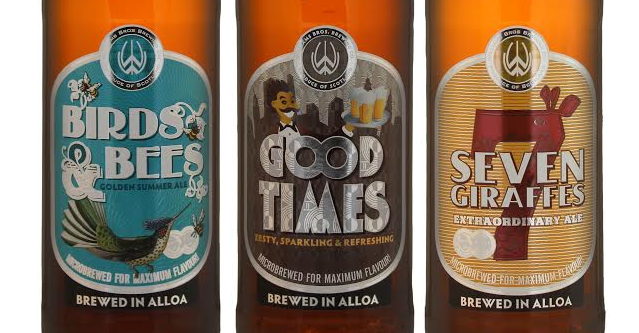 Dan Ukolowicz, the co-owner and brewer at Simple Roots, took to the flower after following his nose through an herb and spice store. He was perusing the place in search of ingredients to jazz up a tangy saison recipe, and the scent of elderflower stood out to him.

“To me it’s like a softer chamomile,” says Ukolowicz. “I didn’t want [the beer] to taste like an herbal tea …[elderflower] is very subtle.” 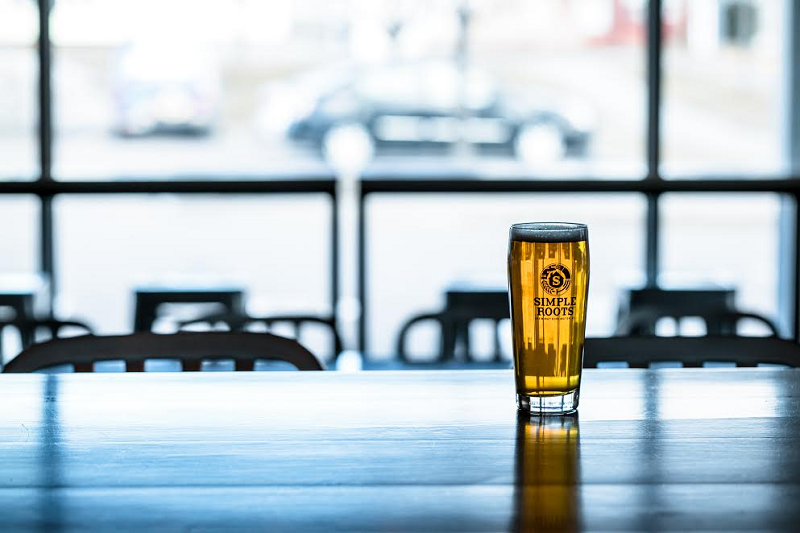 Ukolowicz incorporates elderflower into his beer by putting a pound of fresh flowers into a nylon bag and steeping them for 30 minutes in nascent beer immediately after boil. That one pound of elderflower will flavor around 90 finished gallons.

“The elderflower really cuts through that acid quite nicely and gives a nice, herbal chamomile-like taste on the end. It also turns it this gorgeous yellow that I can’t get it to do using grains,” Ukolowicz says. “It’s extremely thirst quenching and easy to drink. It’s a great table beer.”

As far as the exact flavors elderflower adds to beer, those are a bit hard to consistently nail down. Ukolowicz settles on chamomile and “nectar,” while Covaleski describes it as lending “caramelized marshmallow” to the dry and lemony acidity of Victory’s Brett-fermented Berliner weisse.

“It’s rewarding, kind of pillowy against the sharpness,” says Covaleski.

Mathew Jacobs, the lead brewer of BarrelHouse Brewing Co. in Paso Robles, California, had the opposite experience when he added a 90-10 blend of dried elderflower and rose petals to a one-year, barrel-aged sour blonde ale. Jacobs says that elderflower played well with the “deep fruity flavors” (mango, papaya, pineapple) of BarrelHouse’s Brettanomyces strain and the “white pepper” nose from the rose petals, but ended up making a beer that came across more tart than he anticipated.

“You know, of all the sour beers we released, this one was polarizing,” says Jacobs. “If you were a sour beer person, and you really love sour beer and you know what to expect and that there’s going to be no residual sugars and that it’s going to be crisp and tart, and I think if you don’t have preconceived notions of flavor, then I think you really, really liked it.”

For future iterations, Jacob says he plans to blend in a younger, lactic beer to balance the 100-percent Brett-aged blonde, and will also cut down on the amount of flowers used.

Bo McMillan is an editorial assistant for All About Beer.