The rain isn’t letting up. Cold water spits at us from above and below as the tender—a small inflatable boat—skims across the surface of Friday Harbor back toward our vessel, the Zodiac, anchored far out in the bay. “If everybody’s fine, I’d like to pick up a little speed here,” says Jeff Carson from behind the dinghy’s wheel. Jeff Carson is the Zodiac’s carpenter, currently steering the tender. Like the rest of us, he is thoroughly soaked. When we all nod, the dinghy’s nose lifts above the surface of the water as Jeff revs the motor. I think, with anticipation, of the warming properties of a glass of brown ale.

It’s fall in the San Juan Islands in Washington state, and I’m currently sailing on an Oktoberfest cruise with the Schooner Zodiac, a traditionally-rigged sailing ship that was built in 1924. The Zodiac worked as a pilot ship around the Golden Gate in San Francisco and as a private yacht before the Vessel Zodiac Corporation was formed in the mid-1970s to restore her to her original condition. She now works as a passenger vessel in the San Juan Islands, the Gulf Islands and Puget Sound.

Cruising is not as self-indulgent as it sounds, at least to this inexperienced sailor. For one thing, it can be hard work. Passengers are expected to pitch in with raising and furling sails, tacking and sheeting—or, adjusting the position of the sails to and fro with the wind. In the rain and gusts of a Pacific Northwestern autumn, this isn’t an easy task.

And for another, boarding a boat in the San Juans is like hailing a taxi everywhere else. It’s impossible to get around the islands otherwise, unless you have your own helicopter. The San Juans are a dizzyingly beautiful archipelago in the Strait of San Juan de Fuca, just on the American side of the Canadian-American border. With their rocky beaches and tall pines extending down to the surface of glassy, clear green water, they are a stunning summer destination. Their temperate climate produces an abundance of local vegetables, fruits and grains that have contributed to a burgeoning island foodie culture—complete with breweries, a distillery and a cider works.

If you don’t feel up to hoisting sails and tacking against the wind, you can hop aboard the Washington State inter-island ferry or take any of several sky ferries. And if your taste for adventure runs more towards hunting down a limited-edition Oktoberfest release rather than scanning the seas for some of the San Juans’ fabled orcas, then I suggest checking these places out.

Anacortes Brewery
320 Commercial Avenue, Anacortes, WA
Anacortes is the kind of picturesque seaside town that the Hardy Boys might have lived in, and head brewer Kevin Pierce is a native son. Just two blocks from the port, the brewery is located next door to the Rockfish Grill, at whose wide, accommodating bar visitors can order food and taste beers. The brewery has a seven-barrel system; its small size means that Pierce and assistant brewer Mickey Myers can do a lot of experimenting. While we’re there, Pierce pulls samples from the sweet, malty Oktoberfest in his conditioning room and talks about a technique that he’s trying called “staining,” where dark roasted malt is introduced at the end of the mash to give the beer a darker color without the bitter flavors. Pierce has clearly come a long way since he started at the brewery as a dishwasher 13 years ago.

Island Hoppin Brewery
33 Hope Lane, Eastsound, WA, Orcas Island
When we arrive at the dock to visit Island Hoppin Brewery, we’re met by an enormous steel-gray school bus that’s been converted into a rolling RV. It’s all part of the fun, quirky ambiance of this young brewery, which opened in its current location in September 2012 and has already become a popular local hangout. In the crowded patio, loyal patrons play the mandolin and guitar that are hung on the wall and drink from ceramic mugs, made by local artists Ryan and Kaitlyn Lawless for the brewery and kept on shelves beside the register. Brewers and owners Nate Schons, Becca Gray and Jim Parker create an eclectic variety of beers. In our sampler, we try a blackberry saison that is reminiscent of champagne, crisp, fruity and dry, and a sweet, chewy Imperial red ale that Schons says is one of their best sellers.

Westcott Bay Cider and San Juan Island Distillery
12 Anderson Lane, Friday Harbor, WA, San Juan Island
Both the distillery and cider make their wares from Westcott Bay’s orchard, which was originally planted in the 1870s when the island was an agricultural breadbasket for the Puget Sound area. Current owner Rich Anderson replanted the orchard in 1999 and in 2010, Suzy and Hawk Pingree joined as partners to start distilling spirits. Their fragrant Spy Hop gin is made from island apples and is infused with botanicals that are indigenous to the San Juans—juniper, lavender, cardamom, blackberries and wild roses. Their cider ranges from tart and sweet to mouth-puckeringly dry, and pairs well with food. While you can purchase and taste on site, there is no bar.

The Cask & Schooner
1 Front Street, Friday Harbor WA, San Juan Island
If you’re on San Juan Island and waiting to return to the mainland, chances are you’ll be doing so in comfort at the Cask & Schooner, a nautical-themed pub and restaurant located just across the street from the ferry dock. The menu pays homage to traditional British pub fare with a Pacific Northwestern twist—cauliflower gratin, razor clam chowder and fish and chips—and is accompanied with an ever-changing draft list that, on our visit, included Hood River, Oregon’s Pfriem Wit, Seattle’s Elysian Night Owl Pumpkin, and of course, Guinness. 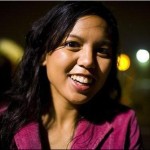 Thanksgiving Beer Recommendations from Our Staff