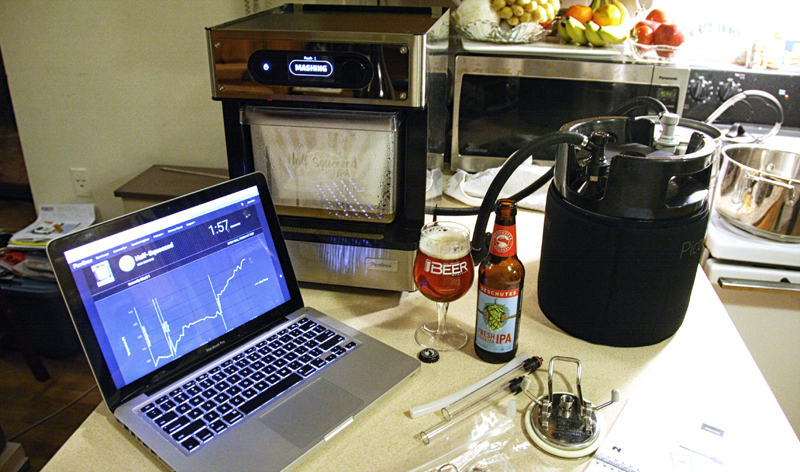 The voice of Ron Popeil came into my head as I hit the button on the Pico. “Set it and forget it!” The familiar refrain from the kitchen appliance TV pitchman is apt for this steam-generating homebrewing machine from PicoBrew that is user-friendly if not a little impersonal. I’m not a homebrewer, although I have made my own beer exactly once (it was OK, not great) and been present for a few brew days at friends’ houses. I prefer to let the professionals and true enthusiasts tackle the task. I’m happy to buy and drink pints once the work is done.

The Pico intrigued me, however. Thanks to its partnership with reputable breweries, it allows the user to make tiny batches—5 liters—of clone brews with only a few easy-to-follow steps, a few turns of a knob and a push of a button. Because it connected to my home Wi-Fi, I could monitor the whole brewing process from my laptop, including actual time and temperature. 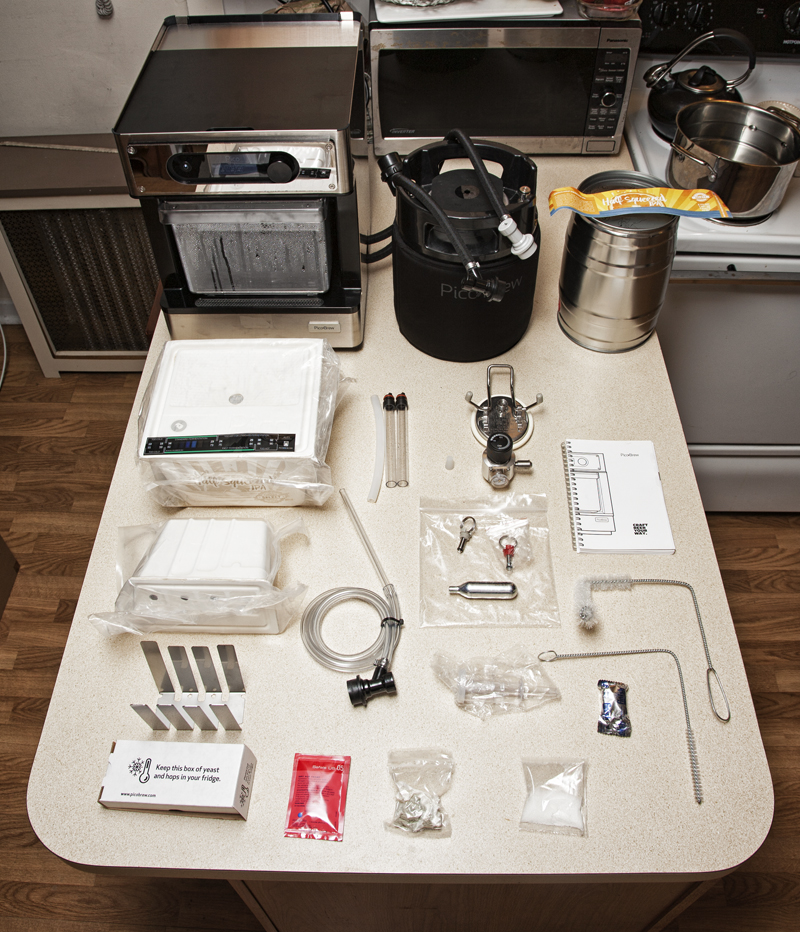 The unit, which retails for $799, was sent to All About Beer for a review. It included a kit for Half Squeezed, a session IPA created by Oregon’s Deschutes Brewery. Malt and hops are in a biodegradable basket that fits into a drawer on the front of the machine, the entirety of which is larger than a microwave but smaller than a mini-fridge. Connect all the pieces, add water, and you’re ready to “brew.”

This is where the Pico gives you the illusion of control. Settings preloaded into the machine correspond with each recipe. You can simply use the default setting and hit go, or you can fiddle with the SRM color or ABV, but only within parameters set by the brewer and manufacturer. This removes the creativity from a creative process. (PicoBrew does make a professional version of the machine that gives the user complete control over ingredients. There are breweries around the country using that model to refine recipes before creating large-scale batches.)

It’s loud. For the two hours that it’s brewing, the machine emits a grinding and pneumatic noise, not unlike a dishwasher. The instruction book and online tools make it easy to follow along, much like assembling IKEA furniture or painting by numbers. The result is very much the same. I felt like I accomplished something productive, but didn’t create something myself. Over the course of the next few days, I dry-hopped the batch, then transferred to and carbonated the keg. A few days later I had beer that was ready to drink.

Those into technology and convenience will likely appreciate this. Dedicated homebrewers, including the ones I tested this with, will be skeptical and likely long for their existing kit and control. Refill packages are about $25 each and available on the Pico website, or you can just head to the store and buy a case of the genuine article. 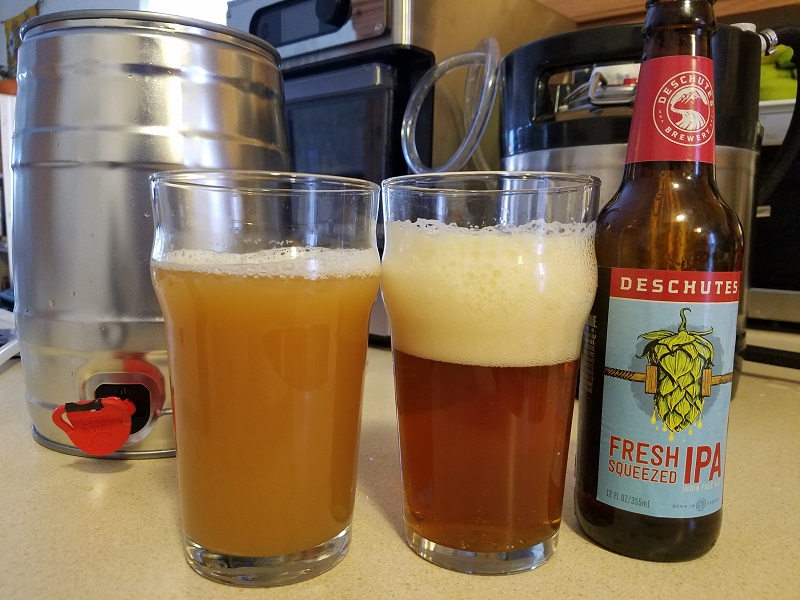 The Half Squeezed IPA that I made on the Pico came out orange and hazy, similar to a New England IPA (although this may be attributed to user error) with yeast in suspension. Aromas of juicy pineapple, mango, orange toffee and wort. Flavors matched the aromas, and overall it’s an enjoyable beer, better than some homebrew I’ve had, even better than some pro-brewer recipes. The carbonation was more akin to cask ale (again, possible user error) and at 6.2% this is far from the “session” beer it claims to be and only 0.2 away from the Fresh Squeezed IPA the recipe is based on. Side-by-side with Fresh Squeezed IPA, there’s no comparison. The professionally brewed version is vibrant, clear and crisply grapefruit-pith hop forward.